We wanted to verify some details on the 12th Man licensing with the Seattle Seahawks and Shane Hinckley was kind enough to join us.

Share All sharing options for: Our 12th Man Q&A with Shane Hinckley

There have been a lot of questions about the recent article from Spadilly about the licensing agreement between Texas A&M and the Seattle Seahawks regarding their use of "The 12th Man" trademark. We reached out to administrators at the university and Shane Hinckley, the Assistant Vice President of Business Development, was kind of enough to jump on a call to respond to some of our questions.

After confirming the original lump sum amount of $100,000 and annual payments of $5,000, we got into some details and questions about the agreement.

The contract references a territory of Alaska, Hawaii, Washington, Montana, Oregon, Idaho, and Utah. Are tweets from the coaches and team considered a part of that territory?

At the time the agreement was posted Twitter didn't exist. Those types of things weren't necessarily contemplated during the agreement, but we did use language in the agreement to call Seattle and talk to them about this being something that is worldwide and absolutely outside of the territory. In our discussions with them they agreed and let their staff know that they shouldn't be using 12th Man in their tweets.

As big as the 12th Man has become with both Texas A&M and Seattle being in the limelight, is there anything you would have liked to be done differently in the agreement?

One of things that is questioned a lot is if we don't protect our trademark we lose it. Is that true, and if so could you explain that to our readers?

As our brand gets bigger and people like what they see, imitation is a form of flattery and people try to imitate. -Shane Hinckley, A&M AVP of Business Development

Trademark law is basically setup that if you own a trademark you have to be actively using it. If you're not using it then you lose the right to that trademark. The same goes that you have to be actively protecting it. If you become aware of incidents that may infringe on your trademark you have a duty to go out and investigate those and make a determination on whether you need to give somebody a call, send a cease and desist letter, or make a determination that it probably didn't infringe within the confines of what the law is and so no action is required. 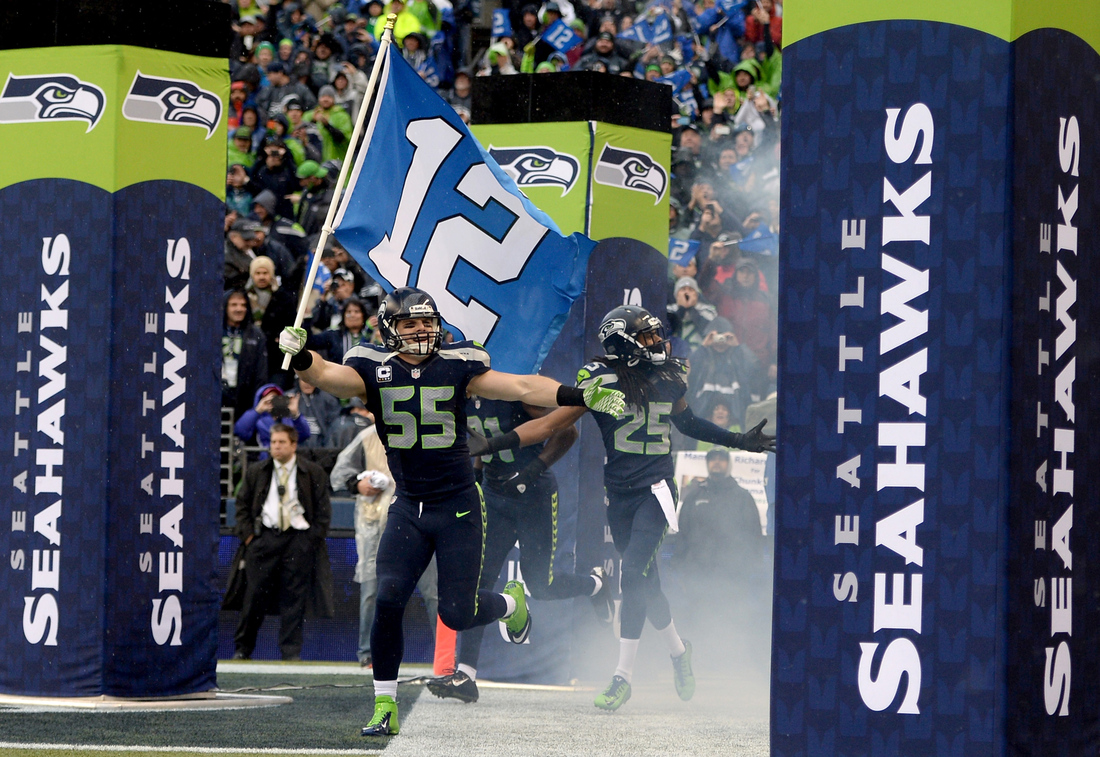 Do you have any idea how many of those cease and desist letters A&M has sent out in the last two years.

I don't have a number in front of me. In the last two years I think it is just south of 200 combined. We send out a lot. There's been a lot of issues that we had to deal with and it's just a part of the job. As our brand gets bigger and people like what they see, imitation is a form of flattery and people try to imitate. Some uses are okay and not an infringing use and other uses aren't. The difficult thing for a trademark owner is you have to look at each one separately. For instance a use by the news media in a news broadcast don't necessarily constitute a trademark infringement and they're not actionable. A lot of people who have a vested ownership or pride in their school hear ESPN talking about the 12th Man during a Seattle game, those are things that may not necessarily be an infringement. However, as a trademark owner they do pose a problem because they could tend to dilute the value of what the trademark is for Texas A&M. So we have to deal with those kinds of things. What one news agency does on Twitter as a promotion versus what they do for an in-game broadcast, those two things can be seen as vastly different in the eyes of the law. It's something that is very difficult to police and something that we are very actively involved in.

We talk with Seattle on a regular basis. Seattle has been an outstanding partner. They've been very clean in their use within the agreement. There's never been anything intentional and anything that's been minor that has come up has been addressed immediately. From a relationship standpoint we think that relationship is great. In terms of what some third parties do that aren't affiliated with the Seahawks, that's a different issue. Those are the ones that we have to take more time with and go after.

Aggie fans like to do police work for the school. If one of our readers notices what may be a violation, how can they notify your staff.

We have an email address on our Trademark and Licensing website (licensing@tamu.edu). We get a lot of notifications on Twitter. People will mention myself or Jason Cook and we note them and put them down on our list. If we think it's an actionable item we follow through with it. If we don't we check it off. A lot of the time we can't really say and don't comment on legal actions. Phone calls get made, letters get sent, lawyers are involved behind the scenes and publicly it's business as usual. There's a lot of work that goes on behind the scenes. The fans and fellow Aggies keep an eye out for us and actually it's been a great help for us because we don't have the manpower to do it all ourselves so we appreciate that.