Johnny Manziel: Greatest Of All Time

With Manziel's decision to enter the NFL Draft, Texas A&M has reached the end of the Johnny Football era. Time to look back on the kid from Kerrville, and the school that will never be the same.

Share All sharing options for: Johnny Manziel: Greatest Of All Time

Much can and has been said about the impact Johnny Manziel has had on the landscape of college football. Immeasurable server space has been dedicated to words trying to describe the indescribable way he plays the game, or hashing and rehashing the off-the-field antics that made him so adored and so vilified during his brief career. What the national media can barely scratch the surface of, however, is how Johnny Football changed what it meant to be an Aggie. 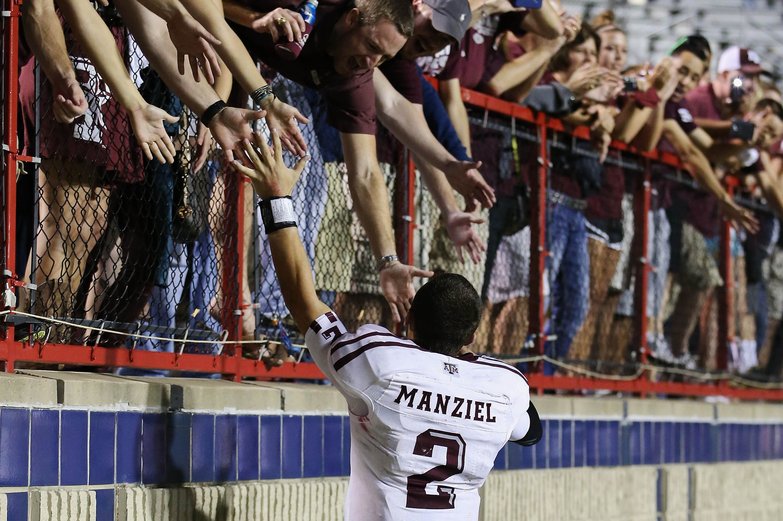 This game in Shreveport is when many took notice for the first time.

Like it or not, the public perception of Texas A&M was that it was a school full of backwards rednecks, cult-like and embarrassing.  The traditions Aggies held so dear were openly mocked, and the ubiquitous 'Aggy joke' was a part of the landscape in Texas.  "But from the outside you can’t explain it!" Aggies everywhere would cry, only to be met by derisive laughter.  Whether implied or stated outright, the response was clearly, "We don’t believe you and/or we don’t care."  And while it’s true that A&M is a little bit country, Johnny Football would show the world that it can be a little bit rock and roll too.

Through the horror of the Fran years and the collective post-LuAnn-platter snooze that was the Sherman era, football – though still beloved in its own way – had become less a celebration and more an ordeal for the A&M faithful.  Each Saturday the maroon-clad masses would dutifully fill the stands at Kyle Field and yell through gritted teeth as the team sapped away the reserves of school spirit that many thought was inexhaustible.  Enthusiasm was at an all-time low.

But with the impending move to the SEC, Aggie bravado surged back to record heights.  On internet boards and around water coolers everywhere, the Aggies spoke boldly of the success they would have once they finally freed themselves of the spectre of that school in Austin.  However, even though no self-respecting Aggie would admit it at the time, behind all the talk was the lingering doubt that nagged even the thirstiest maroon Kool-Aid drinker.

What if everyone was right?

What if the SEC West was the buzz saw that everyone said it was?  What would happen when the A&M team that collapsed those many, many second halves in 2011 was fed into a wood chipper once conference play started?  Would anyone recognize the pieces that remained?  And more importantly, would Aggies everywhere be buried under an avalanche of I-Told-You-So’s?

The Aggies needed a star.

If Texas A&M was to experience a football renaissance, the stage needed to be set perfectly.  They had the coach - a man who brought Swagger to a program so direly in need of it, a man who could both relate to and fire up his players in a way that eluded his two predecessors.  A&M had the new conference, and with it the chance for the first time in school history to write its own narrative, one entirely dependent on its own actions and not defined by the fates of a sibling.  They had the fan base, because they have always had and will always have the fan base.  Seemingly everything needed for a monumental shift in the fate of Aggie football was in place, but still something felt missing.

The Aggies needed a star.

From the day he hit the scene, Manziel turned the college football world on its ear.  The idea of grown men and women of the sports media world following teenagers on Twitter in an attempt to generate content was not new.  However, the cult of personality that surrounded Johnny was unlike anything that had been seen at the college level.  Here was a player who played like his hair was on fire on the field, and partied with hip hop stars and NBA players during his down time.  And yet somehow it felt like the craziest part of this lifestyle was that it belonged to someone who played at Texas A&M University. 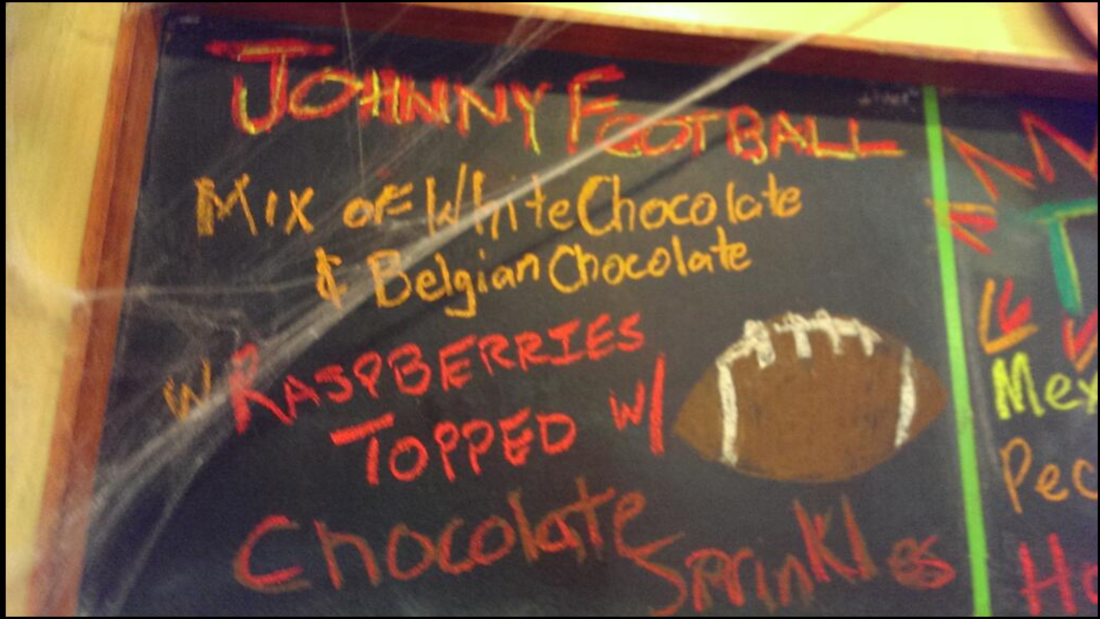 This picture was taken at an ice cream shop in Austin near the UT campus.

Suddenly Aggies everywhere were being stopped by strangers, not to hear the latest Aggie joke, but to talk about Johnny Football.  Some people loved him, some hated him, but no one lacked an opinion.  The internet flooded with photos of Manziel with Drake, Bun B, Lebron, and of course Sarah Savage.  ESPN filled hours of air time with highlights of the Aggies and speculation on the affairs of Johnny Manziel.  Ratings soared and donations shot through the roof.

The recruits came pouring in.  One need only look at this year’s recruiting class to realize how much the perception of Texas A&M has changed.  The once weird, aloof cult has become the second most watched program in the country and the hottest place in Texas for young football players to play.

But most unbelievably of all, Texas A&M went into the SEC West and competed.  They won 11 games in their first season in the daunting SEC, and they did it with the level of excitement and flair that only JFF possesses.  At the most desperate time in its history, Johnny Manziel did what no one believed could be done.  He made Aggie football fun again.

But most unbelievably of all, Texas A&M went into the SEC West and competed.

Now the Aggies find themselves in the dying afterglow of the Johnny Football era and naturally wonder what will be the lasting legacy for the diminutive Kerrvillain.  Although he did collect the Heisman, A&M did not win the national championship under Johnny’s watch.  They did not win a conference title, nor did they even win their division.  But a team that struggled mightily each year to finish in the middle of the Big XII was able to walk into the toughest division in college football and – behind the fireworks of Johnny Football – they held their own, shocked the world, and captured the imagination of football fans everywhere.

Years from now Aggies will stand in front of Manziel’s statue and tell their grandchildren about how they watched the Greatest Of All Time.  With each passing year, though, time is likely to bury one of the most impressive accomplishments of his bottle rocket career, that – if even for just a fleeting time – Johnny Football made Texas A&M the center of the college football universe.  When – not if – that statue is erected near Kyle Field he will join the ranks of other living watersheds, captured in bronze around campus for posterity, as the punchline to just another Aggie joke:

How many Aggies does it take to change the school forever?