Why was Johnny Manziel rolling a twenty dollar bill in a Las Vegas bathroom?

People are jumping to conclusions way too fast on the Money Manziel rolling scandal. There are plenty of legitimate reasons to roll money that people are forgetting.

Share All sharing options for: Why was Johnny Manziel rolling a twenty dollar bill in a Las Vegas bathroom?

Yesterday evening, Busted Coverage obtained a photograph of what appears to be Johnny Manziel rolling a twenty dollar bill in a Las Vegas bathroom: 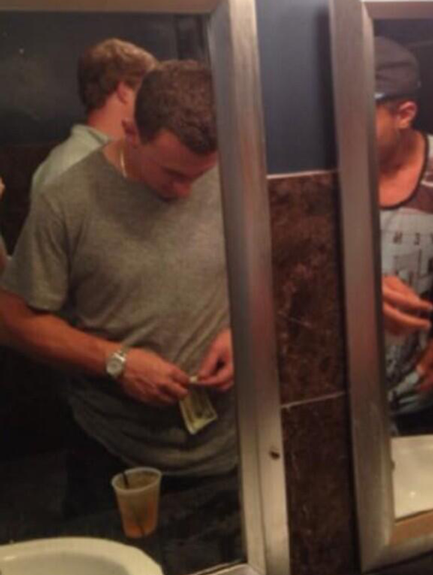 People have been quick to speculate that Johnny is rolling the bill to snort cocaine. While that's possible, we've come up with a list of more likely explanations.

Johnny is testing whether the bill is a counterfeit, practicing for a commercial shoot with Wal-Mart, the store where any bill larger than $5 is met with suspicion. 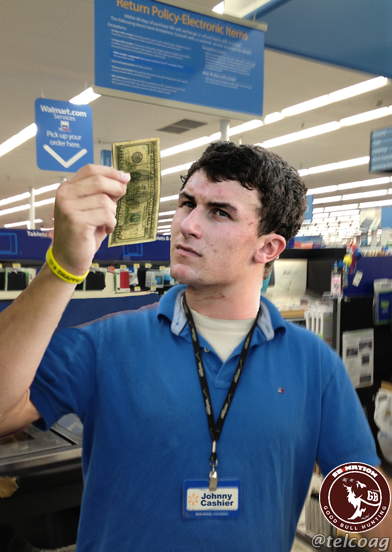 The only reason we know that Johnny was in Vegas this weekend is because Corey Kaepernick - who apparently isn't related to NFL QB Colin Kaepernick even though they look a hell of a lot alike - tweeted out a photo of himself with Manziel on his flight. Manziel could just be rolling a simple spitball shooter to get back at him. 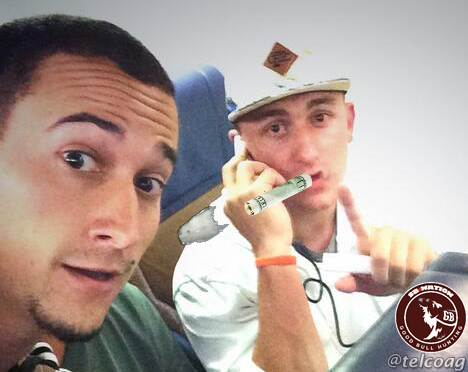 Just two weeks ago, Johnny was caught on video talking into a brick of cash like a phone. Perhaps he is just taking his money phone to the next level. 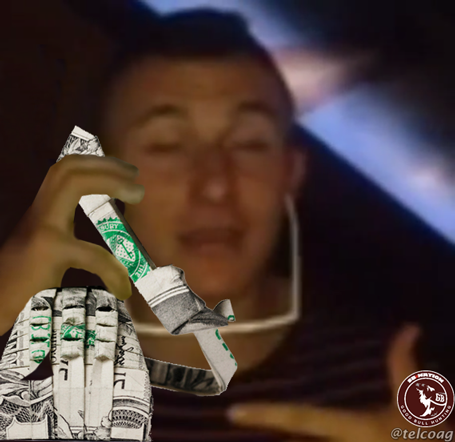 Johnny is putting together really expensive Chinese finger traps for his friends. 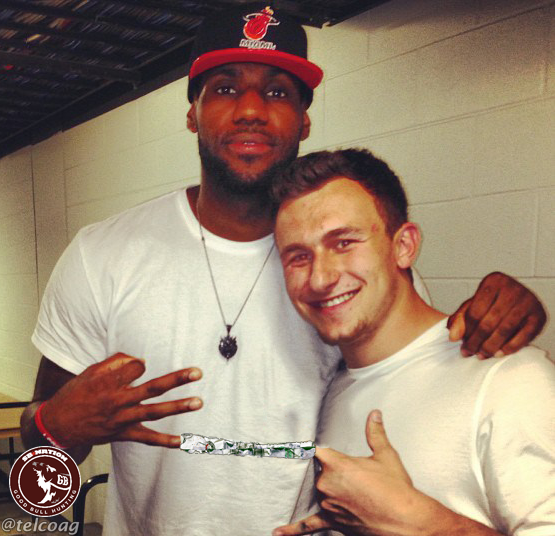 Beyond drinking and hooking up with gorgeous women, Manziel also enjoys piecing together large scale Lego reproductions of WWII Battleships. He could be using this dollar to finish the turrets on his current project, which will be sold at a charity auction by the WWII Lego Battleship / Autograph dealer pictured below: 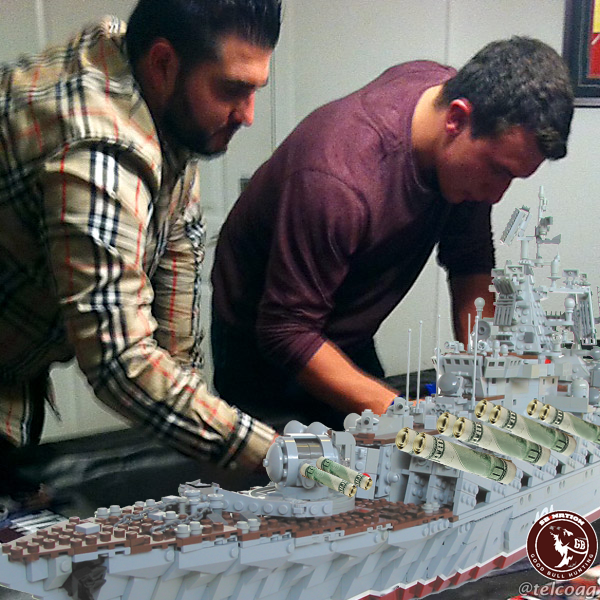 A simpler explanation could be that Manziel is putting together a high roller crazy straw to use while enjoying some non-alcoholic beverages: 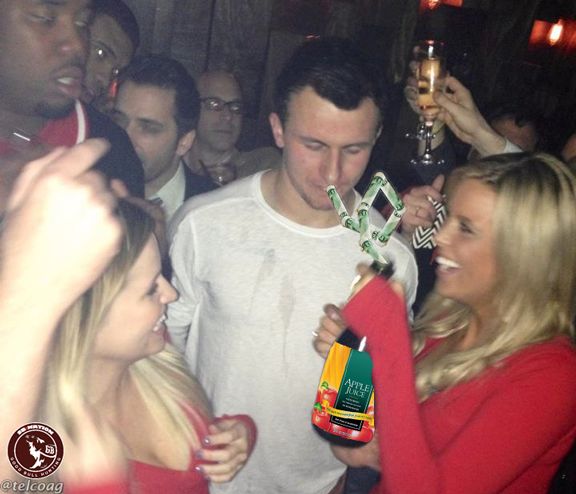 He could also be trying to outdo himself entirely by creating and partying with the world's largest origami dollar bill swan: 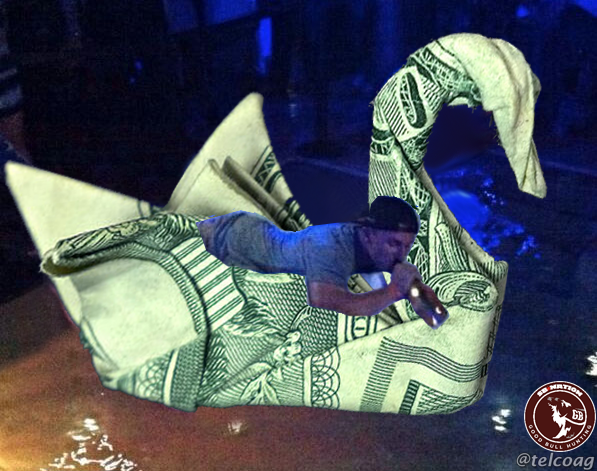 Johnny may be making rings for the women he meets this weekend - primarily Playboy Social model Dallas Parks. 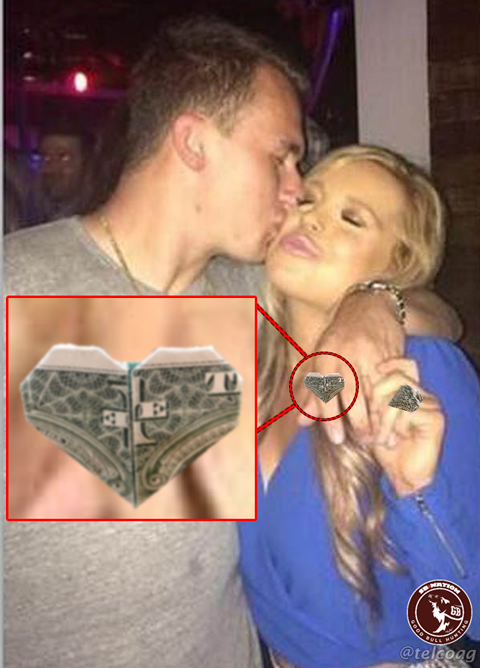 Then again, this is all ridiculous. For all we know there could be a soda machine outside of that bathroom that isn't taking his dollar. Or, he could just really LOVE magic tricks:

This whole offseason feels like 2013 again. I'm just ready to see the kid play in Cleveland.

Let us know what you roll dollar bills for in the comments section.