Watch that. THEN FIRE THE F*CK UP BECAUSE IT'S FIGHTIN' TEXAS AGGIE FOOTBALL TIME. IT'S ABOUT THAT DAMN TIME.

The soundtrack for this one is an oldie but a goodie. And it's one that I've used before (speaking of which, in the comments give me some good suggestions for weekly songs). The song of the day is "They Don't Know" by Paul Wall. Cause you know what? Hatin Ass Spurrier doesnt know about dem boys from Texas. HE JUST DON'T KNOW HOW DEM BOYS FROM THE LONE STAR STATE GET DOWN. HE ABOUT TO LEARN REAL F*CKIN QUICK THO.

The last time we left our intrepid Aggie Squad (SQUAAAAAAAAAAAAAAAAAAAAD), we were leaving everything on the DAMN FIELD in our bowl game. Everything.

And now we're back.

And people are doubting us.

And people think we were a one-man team.

And people think KEVIN GD MF'ING SUMLIN IS A FLASH IN THE PAN.

But here's the thing...they dont know. THEY DONT F*CKIN KNOW ABOUT US. THEY DONT KNOW A DAMN THING

But you might be asking...what is my role in all of this? I'm just an unathletic person reading a blog written by another unathletic person. I'm just going to be sitting on my couch drinking beverages enjoying a game. How can I help?

Ray Lewis told us to be pissed off for greatness.

So go to work Thursday pissed off for greatness.

Email your co-workers about mundane things while being pissed off for greatness.

Drive home and deal with traffic, pissed off for greatness.

Stop by your local grocery store and buy the right snacks while being pissed for greatness.

Put on your lucky shirt while being pissed off for greatness.

Then when the ball kicks off, I WANT YOU F*CKING FOCUSED AND READY TO RALLY YOUR FIGHTIN TEXAS AGGIES WHILE BEING PISSED OFF FOR GREATNESS. THIS IS OUR F*CKING GAME. THIS IS OUR TIME.

Before we get to numbers, I think we have to switch songs. Click here. And sit. Let the song wash over. Take it all in. TAKE IT ALL IN. IT'S AGGIE FOOTBALL SEASON BITCHES.

70: CED O CAME BACK TO WIN THIS GAME. YOU THINK HE'S GOING INTO THIS WITH HIS HEAD DOWN?

31: HOWARD MATTHEWS HAS BEEN IN A ROOM EATING RAW MEAT AND WATCHING FILM AND HE'S PISSED OFF FOR GREATNESS. HE'S GOING TO UNLEASH A FURY OF A THOUSAND RABID DOGS ON THE FIRST WHEEL ROUTE HE SEES

21: BUS 21. TRA CARSON. FIRST CARRY FOR 15 YARDS (speaking of which, use the comment section to tell me what you think our first play will be). TRA'S BEEN WAITING ON THIS MOMENT.

10/15: THE FIERCEST YOUNGEST BEST DAMN DEFENSIVE END TANDEM IN THE COUNTRY. DO YOU WANT TO MESS WITH THIS GUY? DO NOT LET THOSE KIND EYES FOOL YOU. 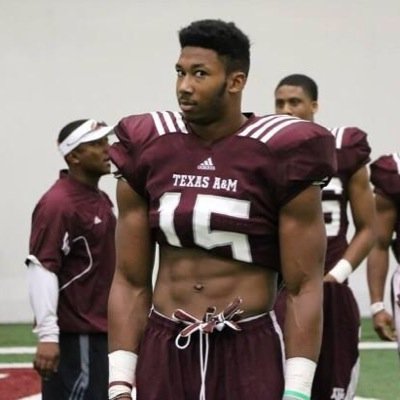 7: KENNY HILL TIME. KHT. I DONT CARE ABOUT WHEN YOU WENT TO SCHOOL AND IF USING THE INITIALS "HT" IS SACRILEGIOUS TO YOU. IT'S KENNY F*CKING HILL TIME. KHT.

IF YOU AREN'T READY. GET READY. IF YOU AREN'T PUMPED. GET PUMPED. AND IF YOU THINK WE'RE GOING INTO THIS GAME JUST HOPING FOR THE BEST, THEN BEST BELIEVE YOU'RE WRONG