What other animals could be A&M's new mascot?

Why just a dog? GBH thinks outside the Boxer to see what other animals might make a good mascot for Texas A&M.

Share All sharing options for: What other animals could be A&M's new mascot?

Texas A&M's current mascot, Reveille VIII, will retire at the end of this academic year, sparking the debate of whether A&M should pick another Rough Collie for its next mascot, or return to Reveille's roots by choosing a mutt. But the authors at Good Bull Hunting have never been known for conventional thinking, so we wondered what other animals might make a good mascot for the Aggies. The answers will shock you.

We're not sure what happened to the first 11 manatees, but this 12th one seems destined for Aggieland. And with Kyle Field already undergoing a massive redevelopment, why not build in college football's largest aquarium? 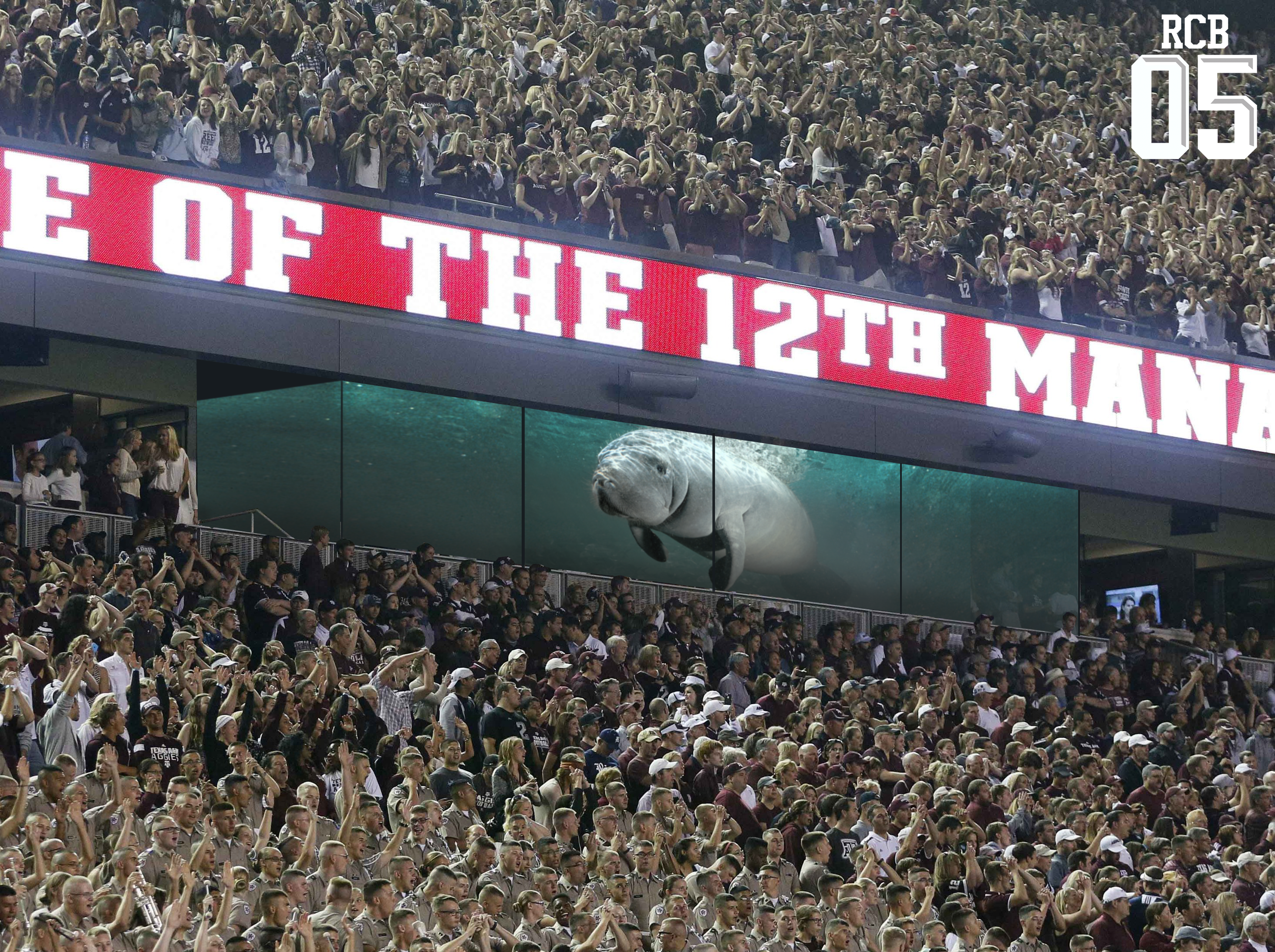 The events of the Rice game proved that our field would be a suitable habitat for the native Black-Tailed Prairie Dog, as he has plenty of loose sand and turf to create a network of burrows for he and his family. 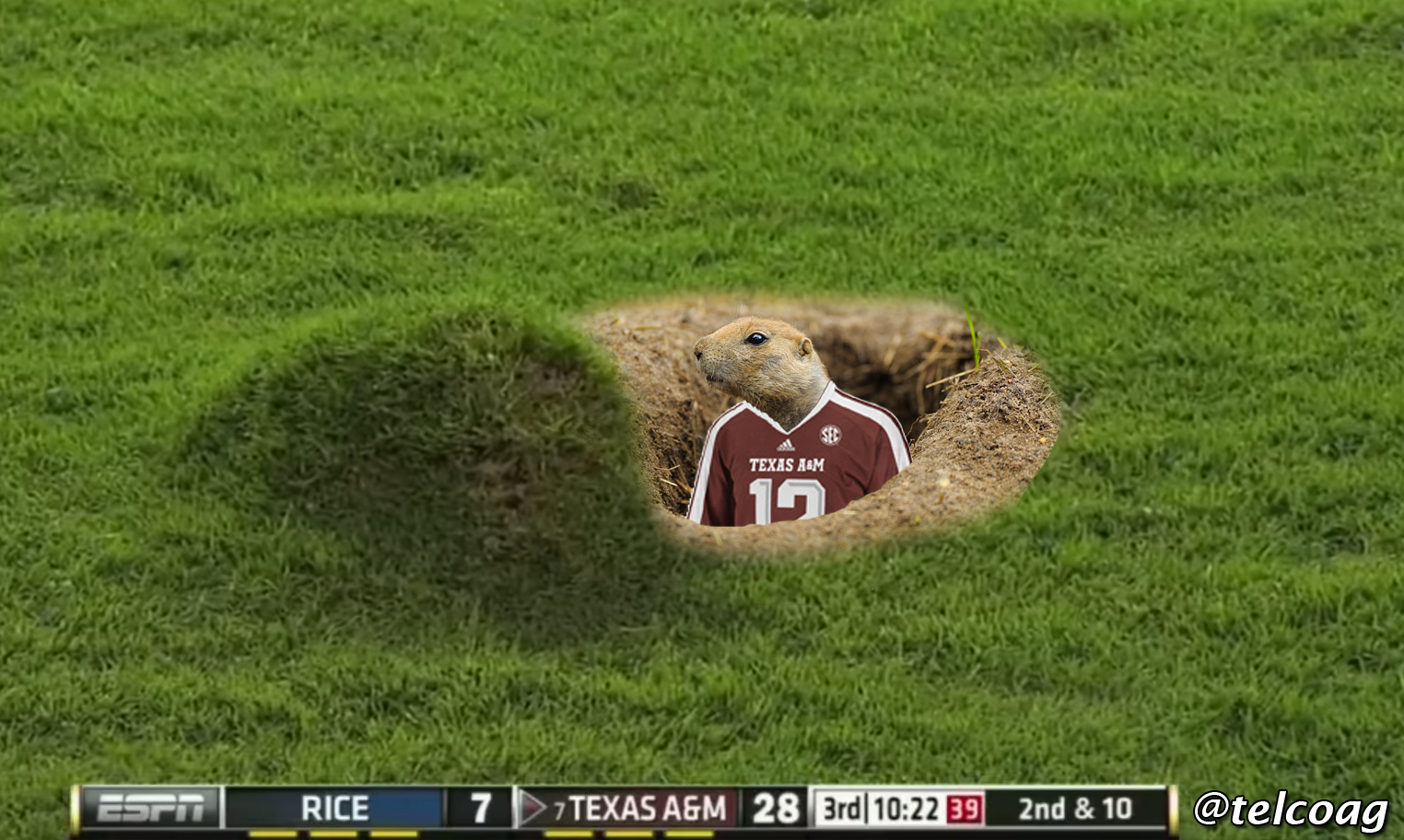 Nothing says "Hey ref, you blew that call" like a 17-foot mascot directing his 2-foot black tongue at the field zebras. The only modification necessary to make Riffety more comfortable will be the addition of edible foliage to the goal posts. We're still following up with the NCAA to see if Riffety is allowed to block kicks. 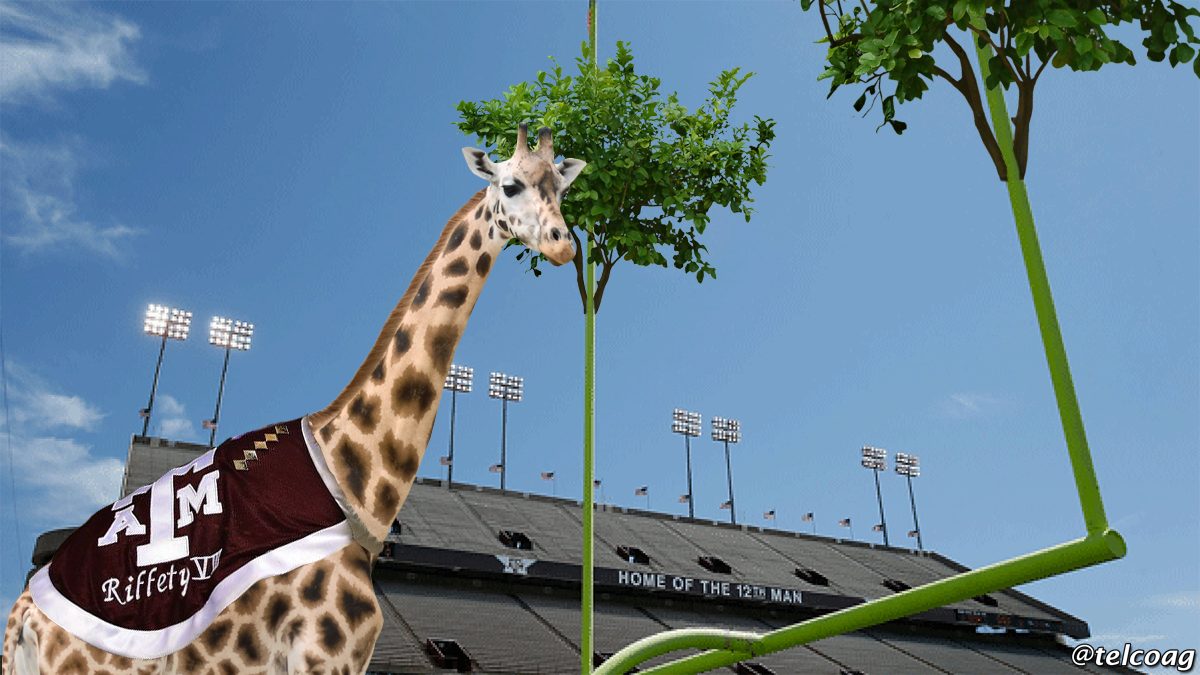 And you thought the current Reveille required protection. While adorable, this little guy is just one errant pass away from an untimely demise. Heavens forbid he ever run out on the field while the Aggie Band is performing. 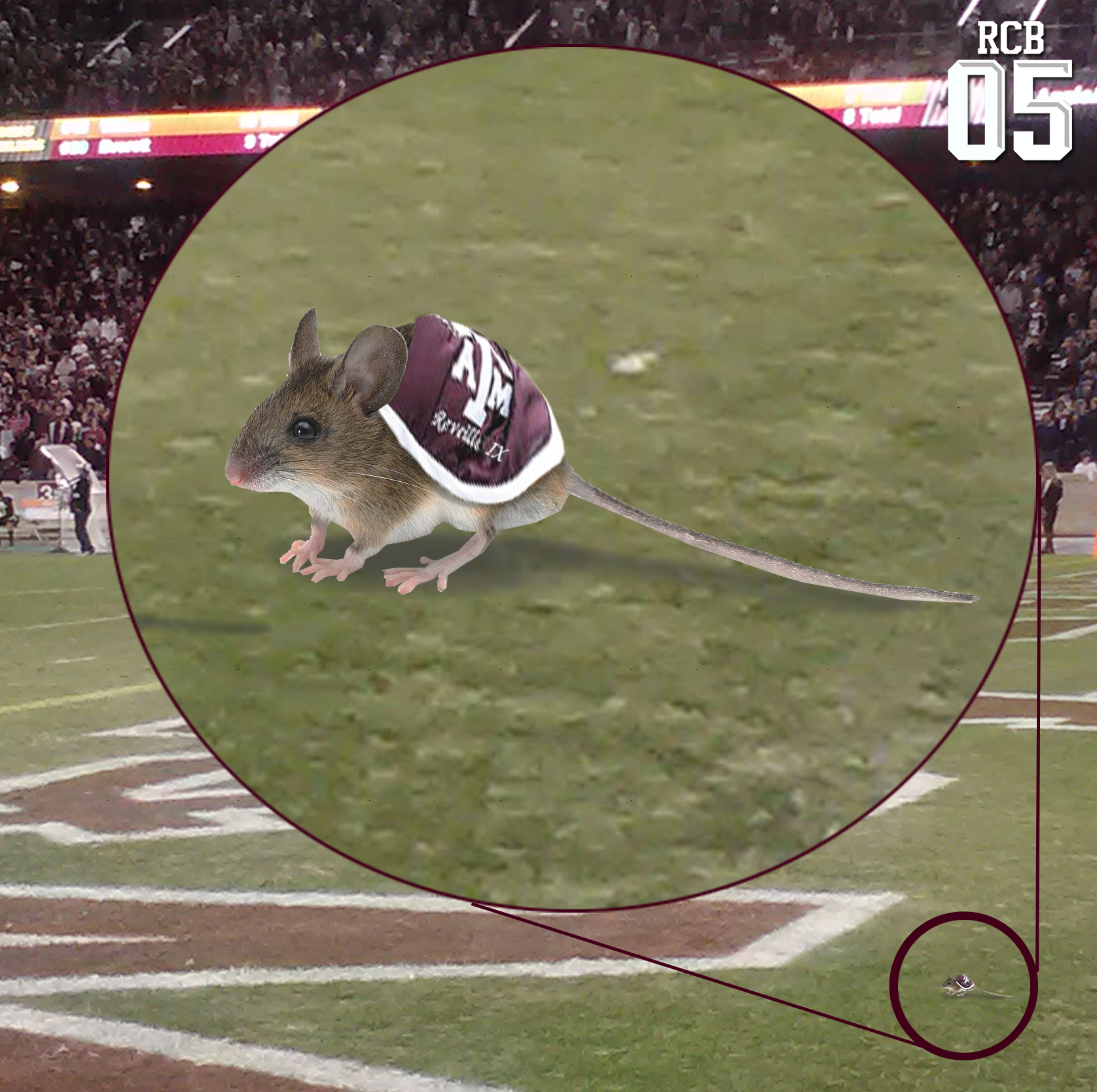 Is this Yell Leader starting up a cheer or running for his life? That's the excitement that only a Mexican Free-Tailed Bat Reveille can bring to game days. Natives to the Brazos Valley, the Mexican Free Tailed Bats have had their way with the last Kyle Field over the past decade, but now Kyle is moving towards being a bat free-zone. There is a quiet but vocal outrage within the bat community, and perhaps replacing Reveille with one of their own will help quell their more rabid members. 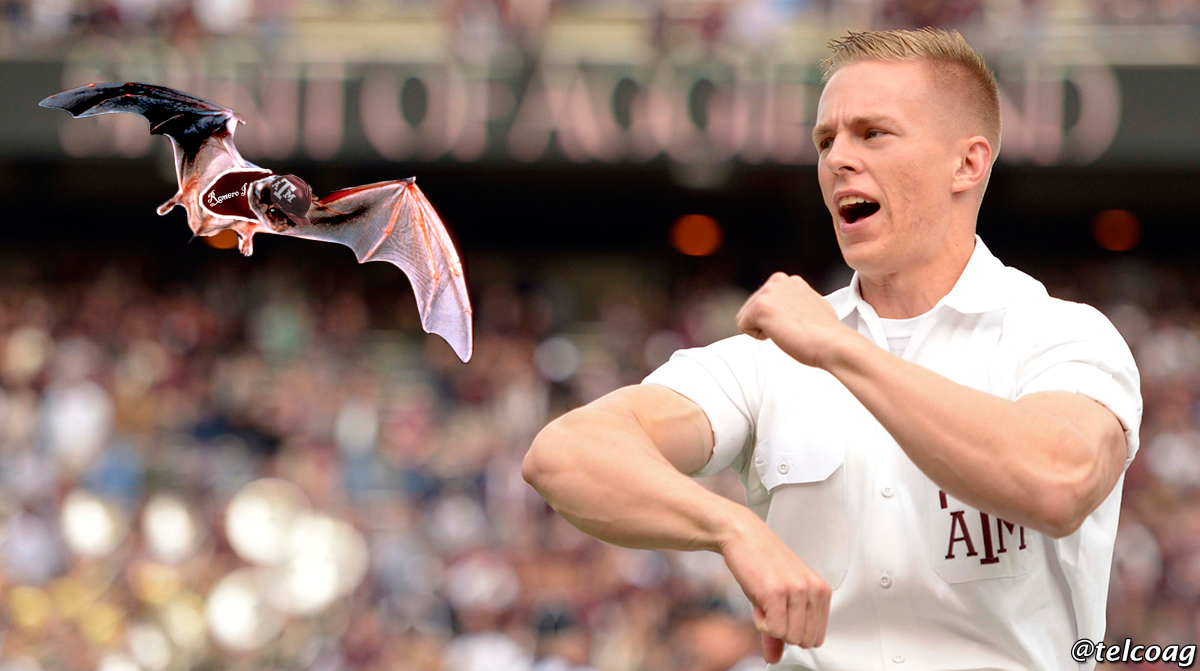 The Aggies are undefeated when wearing "icy white" uniforms, so just imagine how good they would be with an icy white mascot! Also, we might need to ramp up the training materials for the Mascot Corporal. 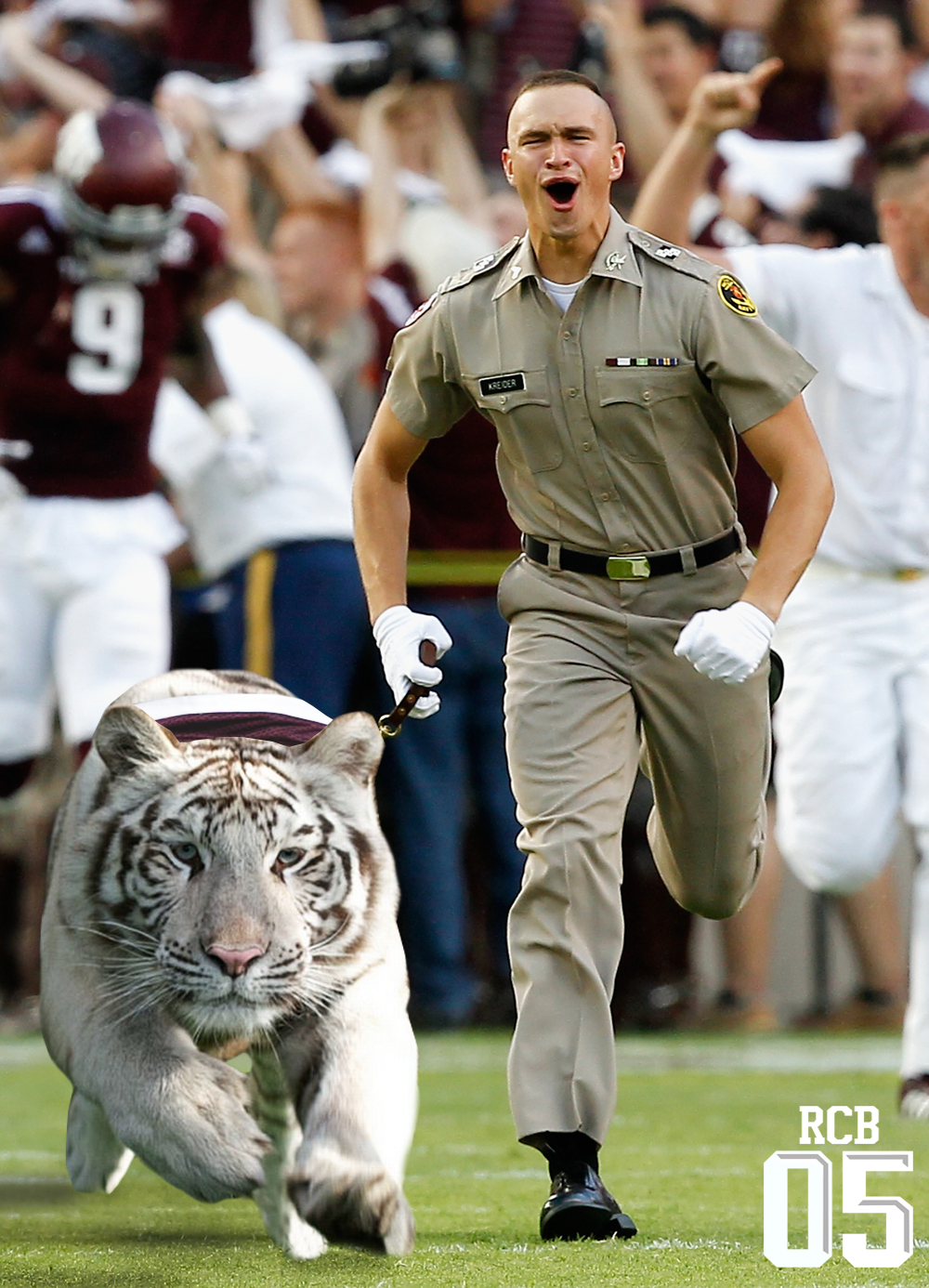 As A&M strives to establish a more international presence, a Lemur mascot would send a clear message that this isn't the same old agriculture school. It would also lend itself to some sweet Madagascar references. 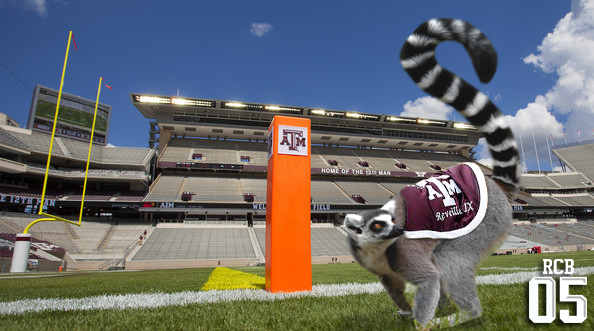 If you're looking for a mascot that will have no trouble tolerating those sweltering September day games, then I have the mascot for you. The main stumbling block was the Gila Monster's orange coloring, but Texas A&M geneticists were able to modify their DNA to create a maroon variety. 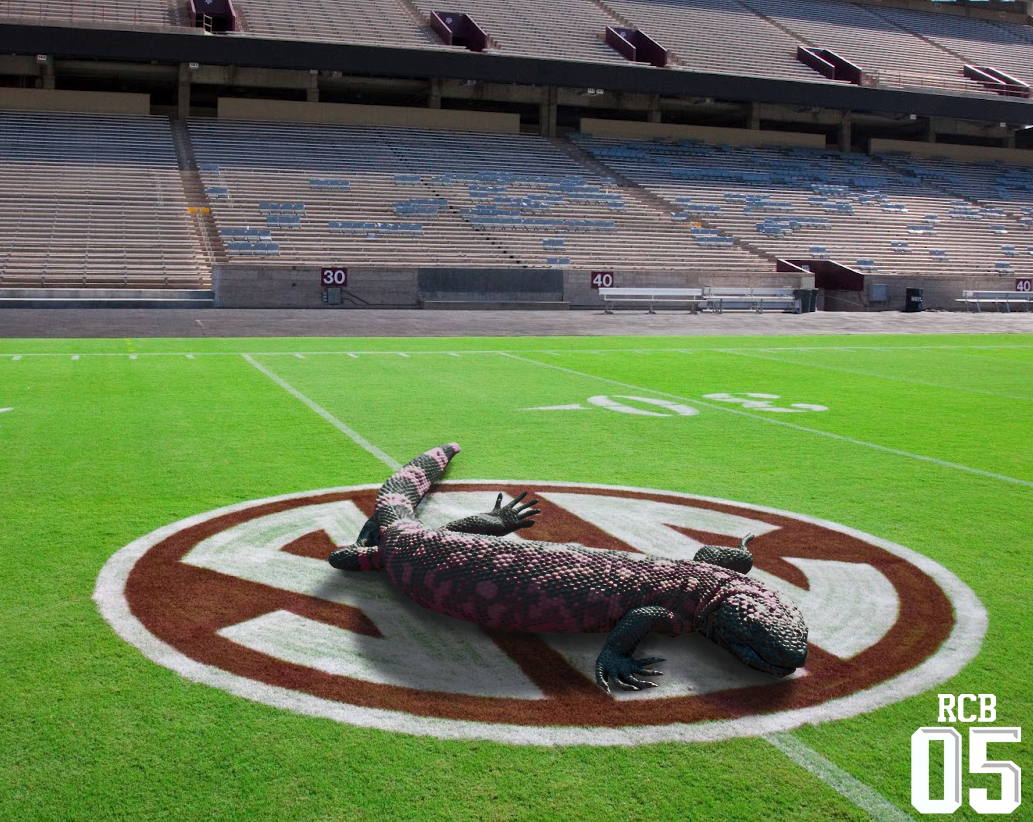 For the home opener against Lamar, A&M shot the cannon from the practice field (since they apparently didn't plan well enough to include it inside of the actual stadium) and piped in the video on the gigantic new video board. All the rush and sensation that's been lost by moving the cannon outside of the stadium can now be felt through the reactions of our own mascot.