E. King Gill has returned, and it looks like he's been working out.

A much anticipated part of Texas A&M's Kyle Field redevelopment has been the new and improved (and much larger) statue of E. King Gill - the 12th Man. That statue arrived on campus Friday and workers have begun the process of mounting it outside the northeast corner of Kyle Field.

Exciting stuff happening across the street at Kyle Field! Could it be part of the 12th Man statue? Thoughts? @TexAgs pic.twitter.com/ABSFrK8ES4

The previous statue, pictured below, was dedicated in 1980 and sat outside the north end of the stadium. 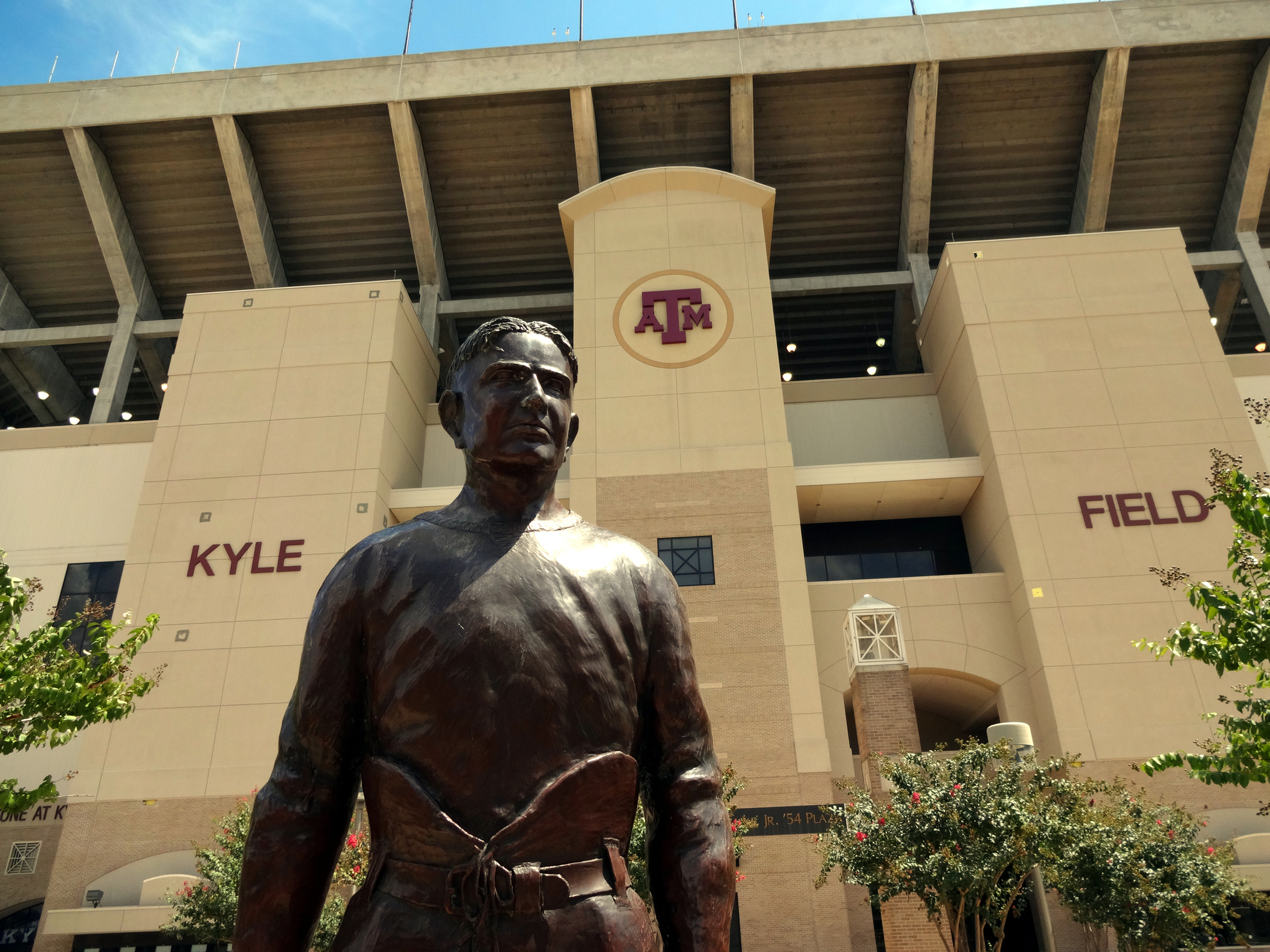