A quick primer: who will be the Aggies' starting Quarterback?

Who will Kevin Sumlin choose to lead the offense in 2014?

Share All sharing options for: A quick primer: who will be the Aggies' starting Quarterback?

The quarterback battle has been the most talked-about subject throughout fall camp at Texas A&M, and with the Aggies less than two weeks away from opening the season in Columbia, South Carolina, on Thursday, Aug. 28, all signs point to Texas A&M Head Coach Kevin Sumlin naming his starting quarterback this weekend. But who will it be? We present the candidates. 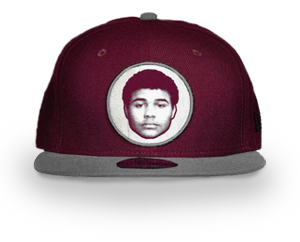 Who the heck is he? Kenny Hill is a 6'1", 215-pound sophomore from Southlake, Texas. At Southlake Carroll High School, he was named Texas Gatorade Player of the Year and Class 5A Offensive Player of the Year. If you're into the star system, he was rated as a four-star recruit by Rivals.com, who ranked Hill as the No. 137 overall recruit and No. 4 QB in the class of 2013.

Why should he start? Hill is the more mobile of the two quarterbacks, so many assume that he is a more natural fit to replace the wunderkind Johnny Manziel. On top of that, Hill has more experience with the coaches and with the offense, completing 16 of 22 pass attempts in four games last season.

Why should he sit? Hill ran into some legal trouble over the offseason with an arrest for public intoxication. Combine that with the numerous other arrests on the roster over the past few months and Coach Sumlin may look to send a message. But the biggest factor in Hill's future rests on the shoulders of Kyle Allen. Many think he has the talent to do great things, but whether he is ready to play at the college level is yet to be seen. 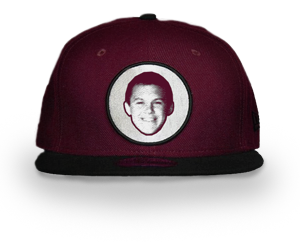 Who the heck is he? Kyle Allen is a 6'3", 205-pound freshman from Scottsdale, Arizona. More importantly, he was a five-star prospect and the top-rated quarterback in the country in the class of 2014. Allen graduated from high school early and has been on campus since January.

Why should he start? Allen is more of a traditional pocket passer than Kenny Hill, but that doesn't mean he is unathletic. In many ways, Allen fits the mold of Sumlin's previous quarterbacks (Drew Brees, Sam Bradford, Case Keenum) more than Hill, or even Manziel. He is a truly gifted passer, and he wasn't the top quarterback in his class for nothing.

Why should he sit? As talented as he may be, Allen is still very young. He is not as familiar with the offense and not as physically mature as Hill. In the end, the coaching staff may just have more trust in Kenny Hill.

Reports out of fall camp have Hill and Allen playing relatively evenly, with neither one pulling away from the other. While in many ways this tells us nothing, you have to think that all other things being equal, coaches will err on the side of experience. So on Aug. 28, don't be surprised to see Kenny Hill starting for the Aggies.