Good Bull Hunting attended a shindig hosted by DISH Network to celebrate the launch of the SEC Network.

They had us at free food/booze.

DISH Network, confirmed provider of the SEC Network in 2014, hosted a reception last night to celebrate the impending launch of the network and their partnership.  The authors of Good Bull Hunting are always in need of a free meal and support any television provider who brings delicious Aggie Football.

From the Wynfrey Hyatt Regency base of operations for SEC Media Days, members of the conference were whisked away to Hoover Metropolitan Stadium, home of the SEC baseball championship. We were greeted by open bars and all you can eat BBQ from Blue Moon.

After an address by the legendary Emmitt Smith who confirmed that SEC football was the best college football in the land, attendees were entertained by live music and kangaroos. They were dancing.

This author was thrilled to find out that the first 100 attendees (SQUEEEE) would have the opportunity to meet Emmitt Smith and get an autographed football. To claim that we maintained our established standards of journalistic professionalism is to imply that such standards exist.

Maybe we snuck down into the stands. Maybe out onto the field. It's hard to say, leave us alone.

In all it was a very entertaining event that allowed a great opportunity to network with media professionals and also served as a reminder that those who seek satellite television service have only one choice when it comes to the SEC Network. Choose wisely. 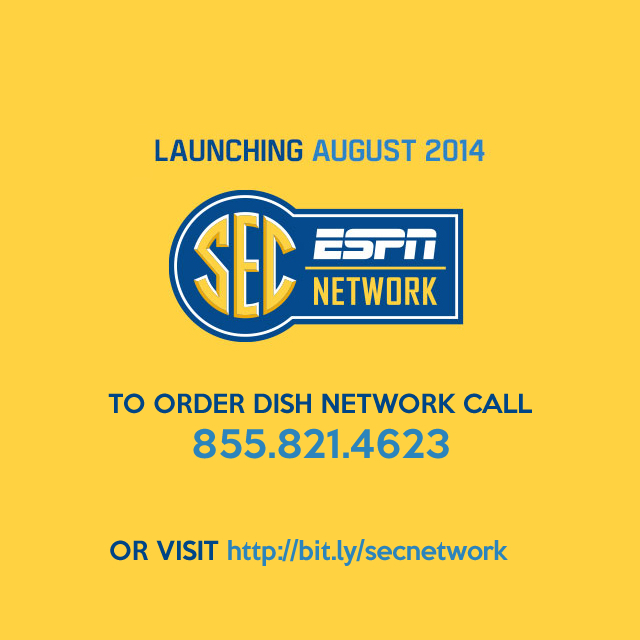