Facebook is the pioneer of internet reactions, but other channels are joining the madness.

On Saturday night, Good Bull Hunting made what we thought to be a pretty obvious troll showing maroon turf being installed at Kyle Field. But many people ran with the idea, to the extent that Sports Illustrated's Extra Mustard blog felt it necessary to debunk the rumor.

I'd be lying if I said we didn't enjoy it immensely.

But now that the cat is out of the bag, let's enjoy some of the best reactions from across social media. Some of these reactions are also jokes, not that we can tell the difference any more.

If the rumors of the new maroon turf at Kyle Field are true, A&M will never be taken seriously ever. Some things never change I guess!

I'm all about maroon.. But idk how I feel about this maroon turf on Kylie Field..

Maroon turf too?! Kyle Field finna be too live

"Maroon? That flavor has eluded me for 34 years…EDNA! Pack your bags. We’re going to College Station." - Les Miles #MaroonTurf #AggieSwagg

Everyone stop all that maroon turf BS, we have real problems. The Apple iTunes server is down.

Until @BryanPolice tweets that there is no truth to the Maroon Turf rumor, I'm gonna believe it's true. @rcb05 @GBHunting #turfgate #Aggies

*Self-Confidence is peaking* ... *Falls for photoshop of maroon turf*

Looks like the maroon turf is real now pic.twitter.com/ZvQekzD1H9

turf in a big-time college stadium is bad enough. But FFS, MAROON TURF?? Can we fire TAMU from the SEC?

Surely maroon turf is a joke. I'm drunk and do not appreciate.

A&M is putting in maroon turf and the players hate it How can you see the football?!

Had to assure three people at church today that maroon turf was a hoax, thanks @GBHunting 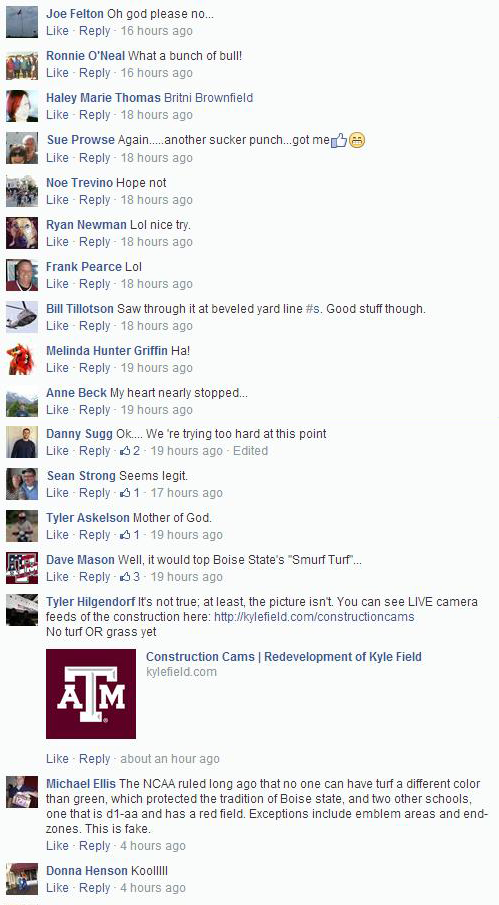 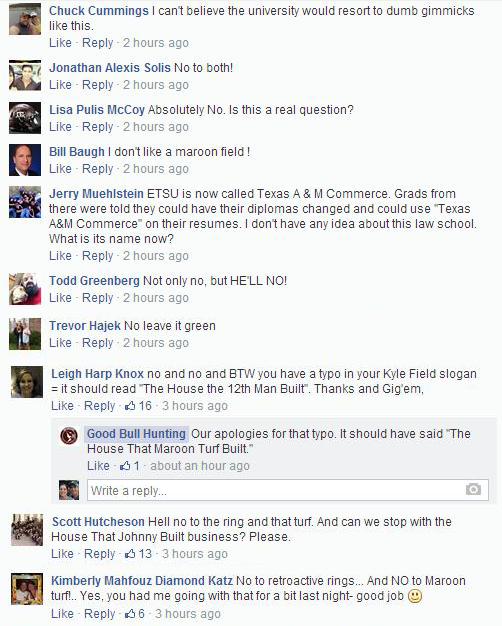 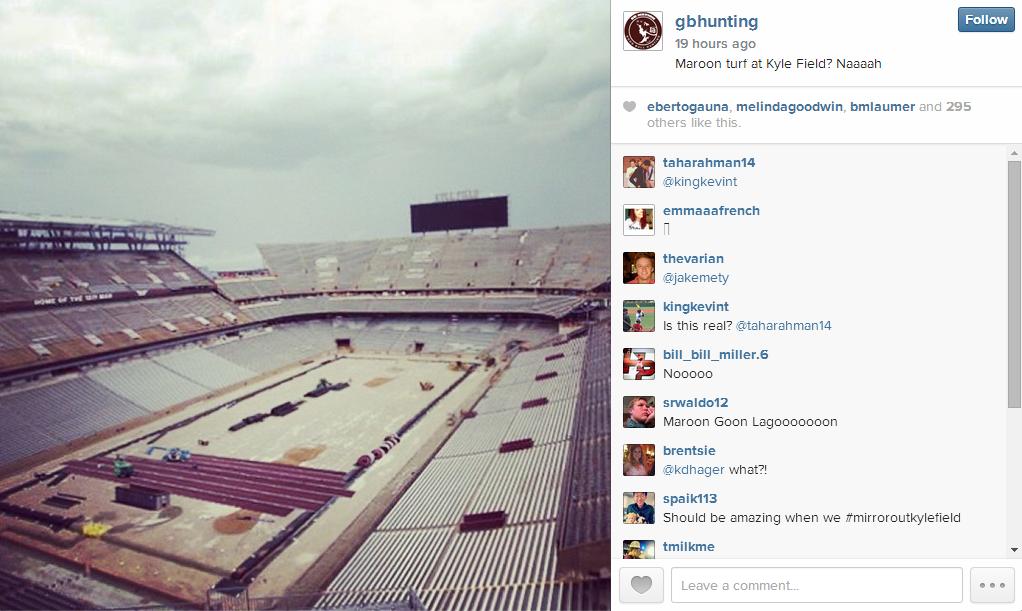