Always living life to the fullest, Manziel makes the most of his time in New York.

Former Texas A&M quarterback Johnny Manziel is in New York City for Thursday's NFL Draft, but Manziel has made the most of his time in the Big Apple. From the Statue of Liberty to Wall Street, he's already made an indelible mark on the city that never sleeps. 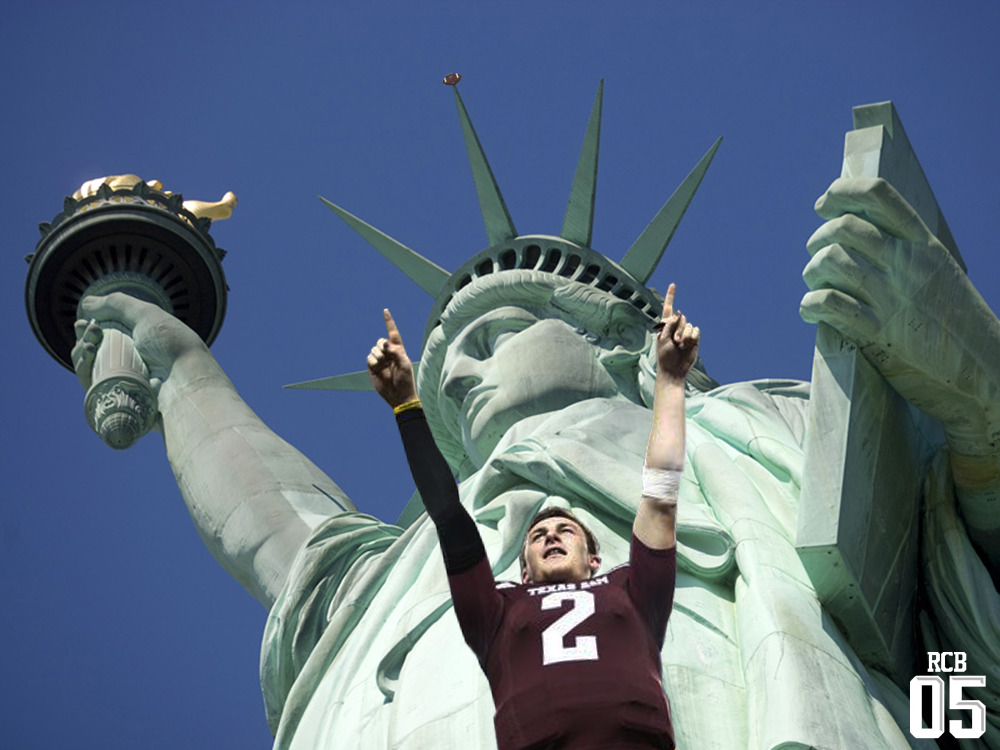 We all know Johnny can throw 50 yards deep, but did you know he can throw 305 feet high? 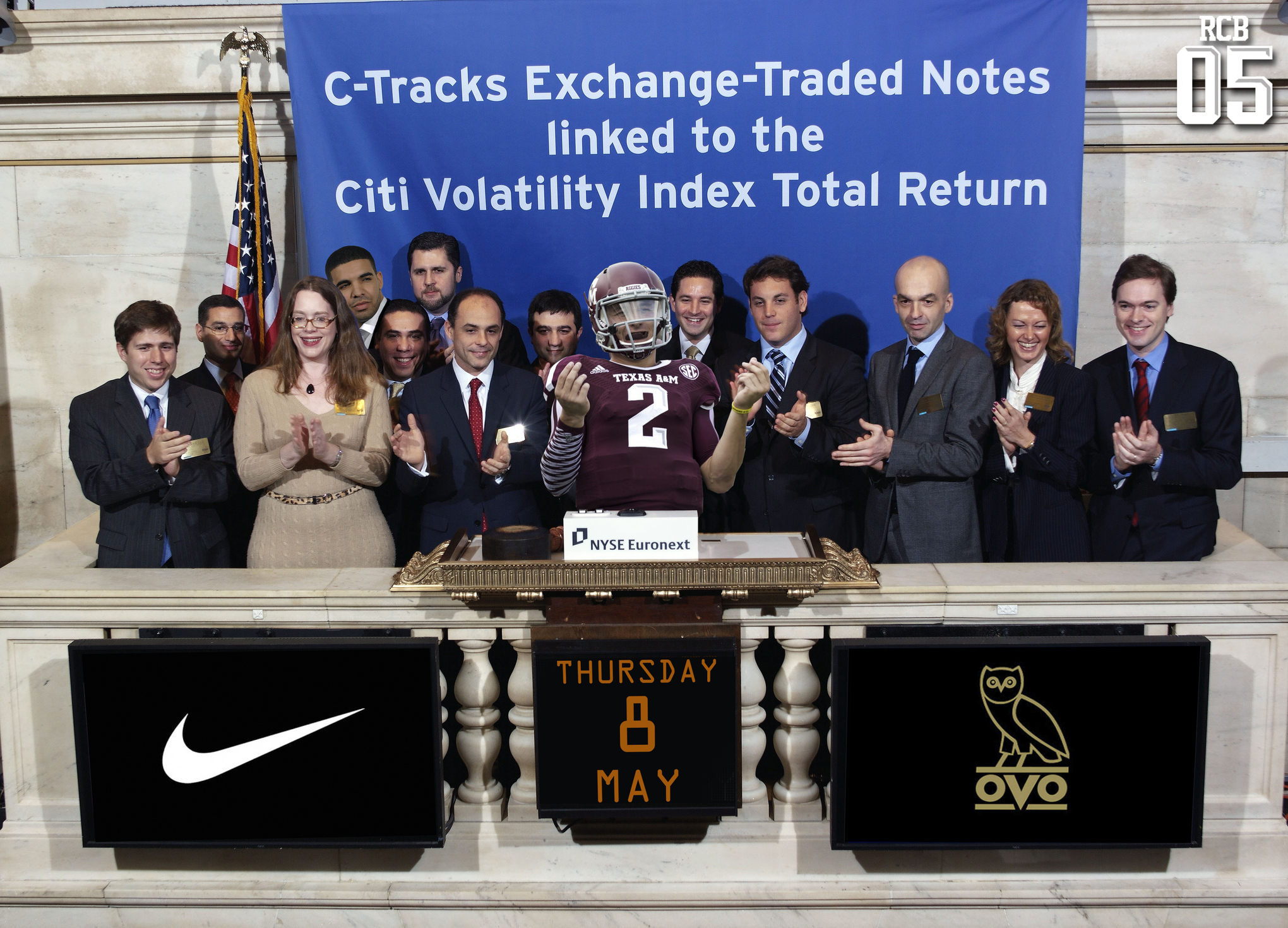 The Dow jumped 300 points as soon as he walked in the room. 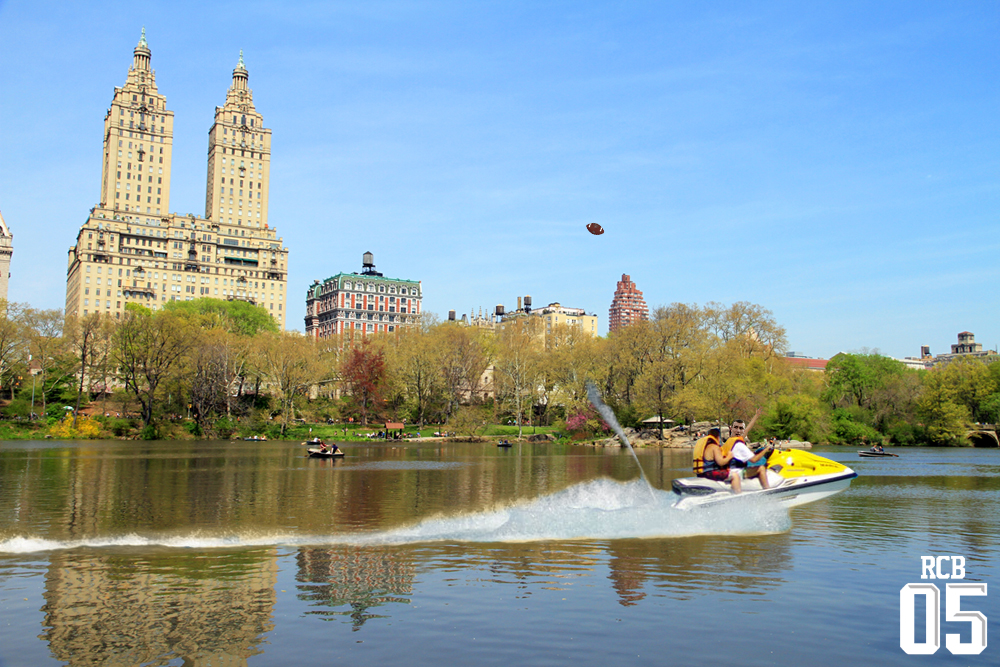 Just because you're in the big city doesn't mean you have to let your jet ski football skills go by the wayside. 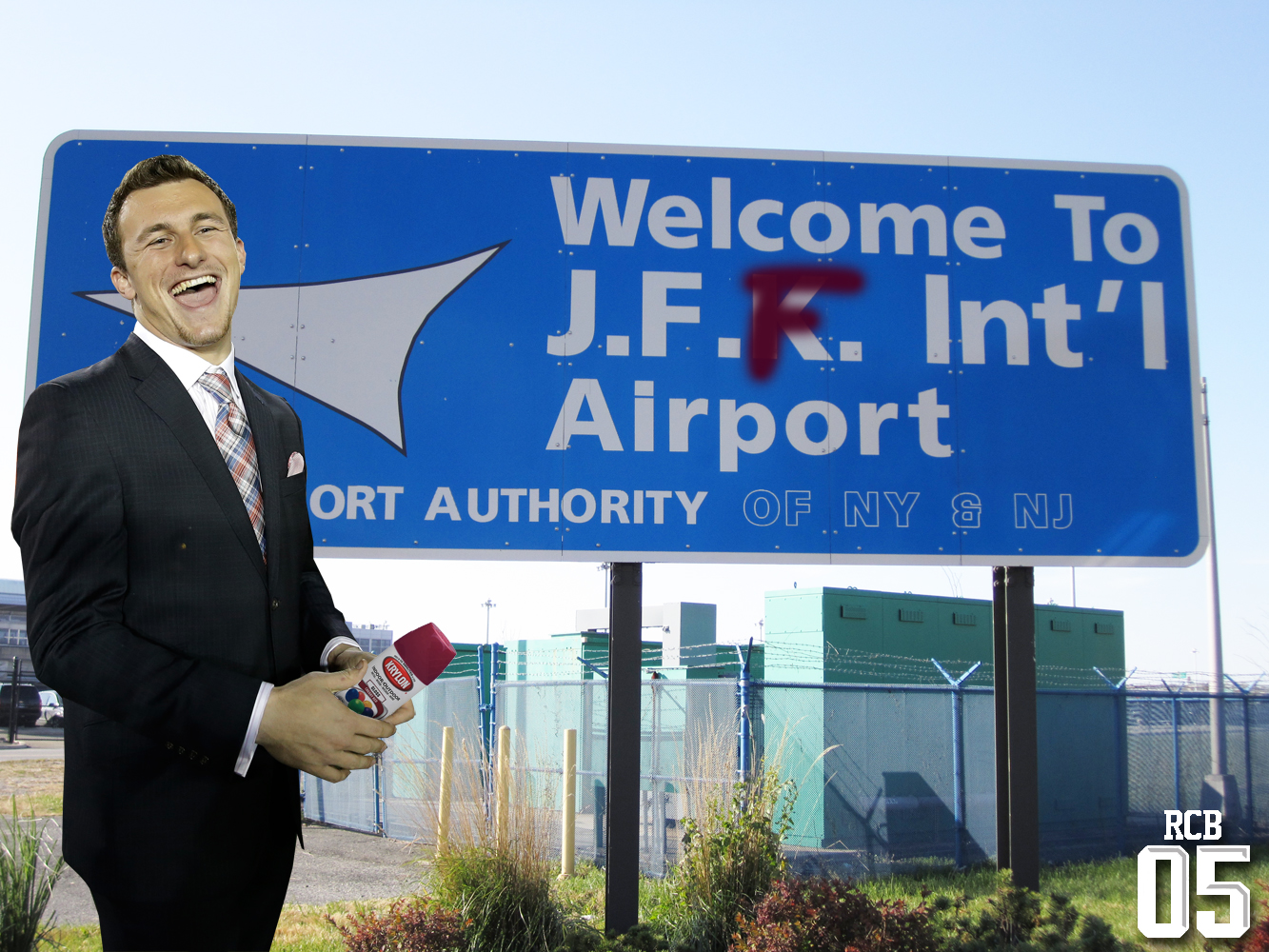 "The airport that Johnny built." (TM) 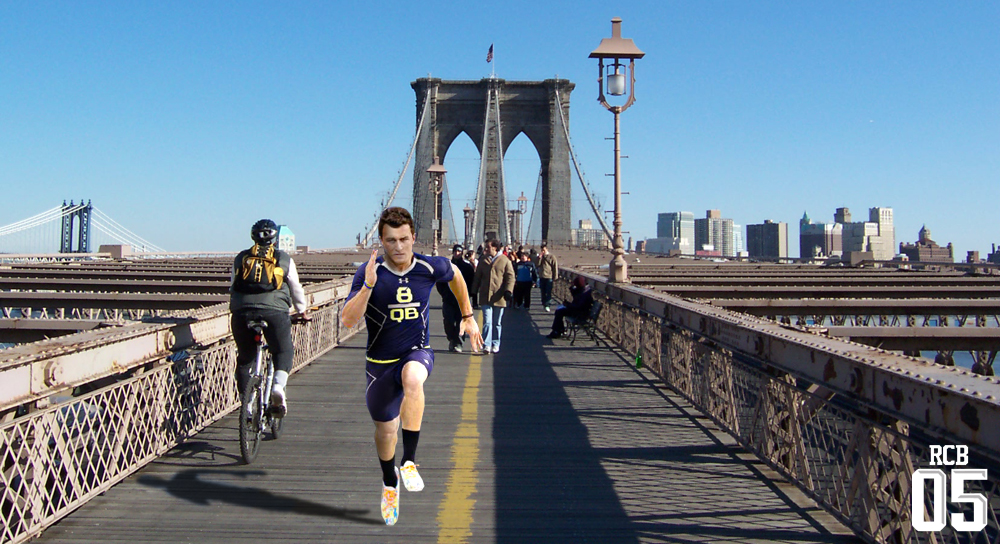 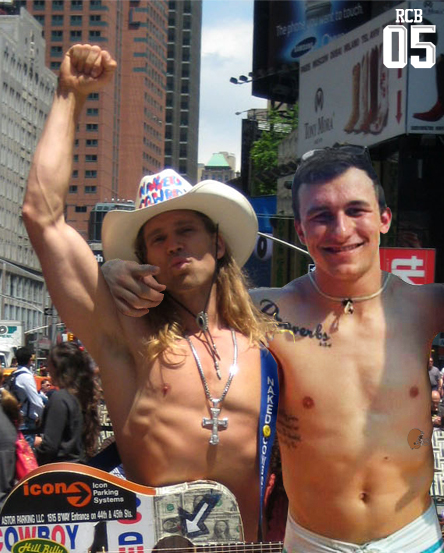 It's rare that the Naked Cowboy meets someone with a better physique than his own. 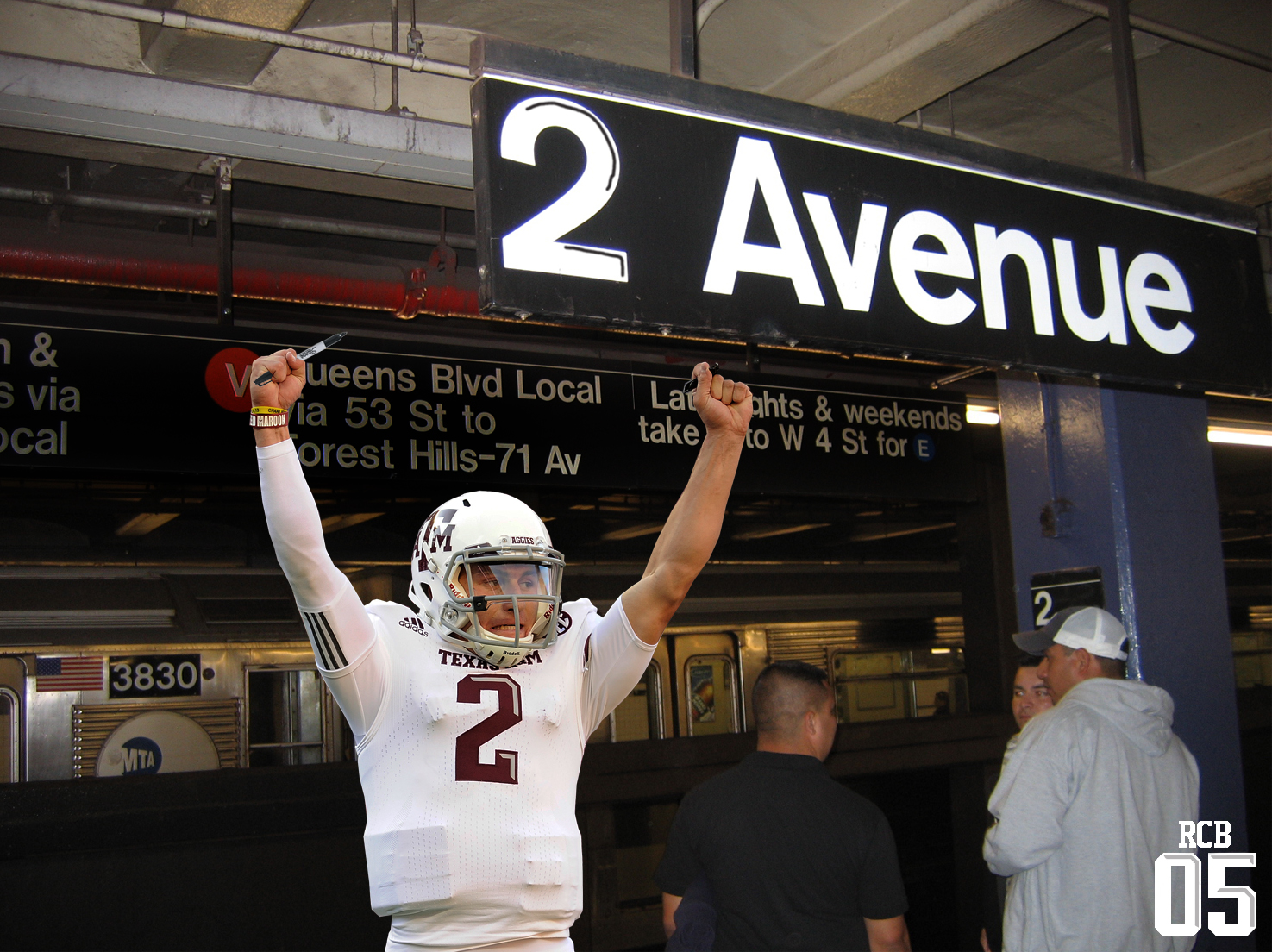 Jason Cook was so proud. 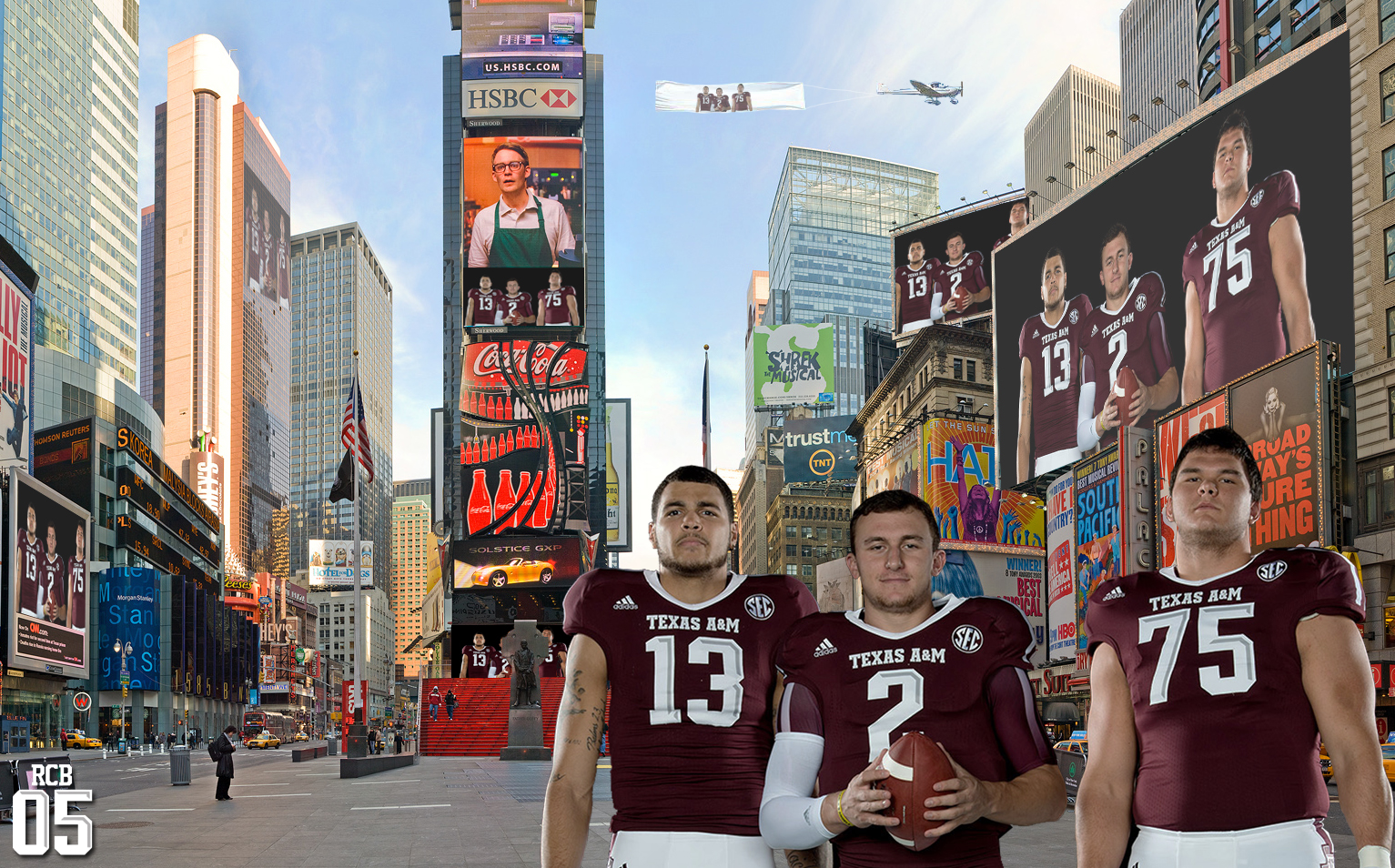 To cap off their trip, Johnny plastered this photo of Mike Evans, Jake Matthews and himself on every available ad space in Times Square. They then trolled the world by recreating the pose exactly.