"History is written by the victors." - Winston Churchill

SEC Ready, TexAgs' first feature-length documentary, retraces Texas A&M University's winding path from the Big 12 to the Southeastern Conference. While that path is strewn with the bodies of presumptuous and litigious rivals, bumbling commissioners, and derisive journalists, this film takes a more restrained approach than you might expect from a Texas A&M fan site's narrative. Restrained does not mean bland, as A&M's move to the SEC is chronicled with a series of deftly woven decision maker and media member interviews that include plenty of fun moments and juicy details.

The title, of course, is retrospective and SEC Ready's inspection of ambiguity and uncertainty cast by competing conference, university, and administrator strategies are what make the story you already know the ending to so fascinating. The film opens with Texas A&M's heartwrenching defeat versus the University of Texas in 2011, the "best loss ever" according to Rusty Burson. From here, we watch TexAgs reset the dominoes of conference realignment and make them fall again with the aid of smart graphics, game clips, and great stories. Insider glimpses of topics like the Longhorns' dance with the Pac 12, Loftin's conversations with Mike Slive, Dan Branch's attempted political intervention, and Mike Sherman's firing keep the 90-minute SEC Ready moving along swiftly enough to please even Kevin Sumlin. 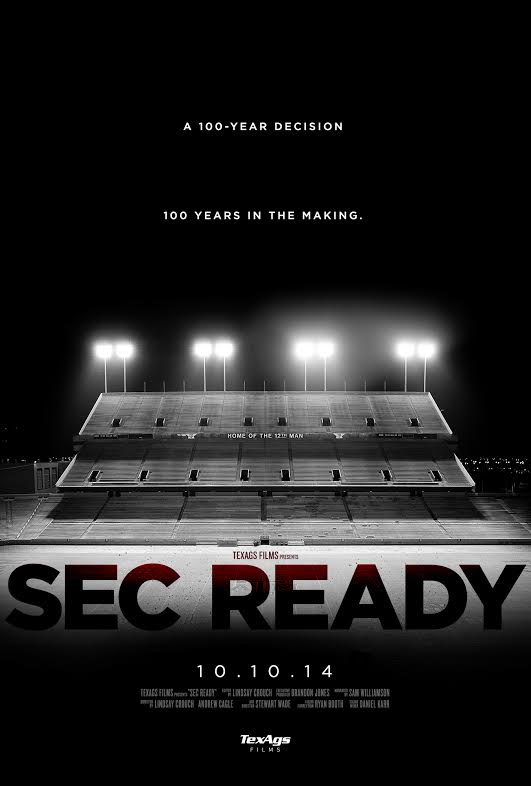 A handful of antagonists among Former Big 12 Commissioner Dan Beebe, Baylor President Ken Starr, outgoing UT President Bill Powers, and former UT Athletic Director Deloss Dodds declined interviews for the film. Notably, the word asshat was absent from the title bars while these numerous villains were portrayed on-screen. Again, restraint. You will, however, see ominous film transitions involving Austin landmarks along with subtle and not-so-subtle jabs at the people who stood in Texas A&M's way. Baylor alumni will not enjoy this film, but SEC and college football fans in general will be drawn in by fresh perspectives on conference realignment.

SEC Ready succeeds at balancing out a saga that unfolded largely from college football traditionalists and UT sycophants in the media. In 2014, it's easy to forget the key events and circumstances surrounding Texas A&M's SEC ambitions. TexAgs reminds us in an easily digestible but emotionally engaging manner reminiscent of an ESPN 30 for 30 production. The thoughtful story planning and painstaking editing involved in making SEC Ready are apparent in the final product, which I will probably go watch again when it premieres on the big screen at Rudder Auditorium. I also want to see if Billy Liucci will wear a tuxedo on the red carpet.

Links to get you SEC Ready ready

Read our review of Dr. Loftin's book "The 100 Year Decision"

How to buy SEC Ready: A presale package will be available starting October 6th for $24.95 in the TexAgs.com Store, and will include a DVD, Blu-ray disc, and digital download.