THE END IS NIGH. The end of August, that is. And that means many things, not the least of which is PODCAST SEASON. Derek and Hunter break down the SEC with @cfbmatrix and run through some of the new show features we can expect this year. And yes...the Wildcard looks like it's back.

Ags ranked #4 in preseason poll. That's futbol, folks, and the women's soccer team is the highest-ranked SEC squad heading into 2014 according to TopDrawerSoccer.com. The team is defending SEC Champs and will kick off the season at home on Friday against Dayton on the SEC Network.

"In summary, we may be good or may not, it really all kind of depends and OH GOD WHY DO THERE HAVE TO BE SO MANY PRESEASON PREDICTIONS?" CBS thinks we'll either be better or worse than we are supposed to be. Folks, take it to the bank: we'll play 8 SEC games this year and that's a guarantee you heard it right here first.

PICKS PICKS PICKS. Team Speed Kills breaks down the SEC and has the Ags finishing second-to-last in the West just ahead of a hapless Arkansas squad. Looks like someone else is drinking the Mississippi kool-aid, although this is a pretty fair statement:

A&M could still be one of the top 40 or so teams in the country and be comfortably sixth in the division. That's life in the SEC West.

It's true. It's a really tough division. 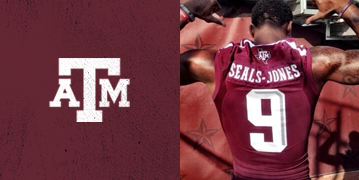