An Aggie Visitor's Guide to Columbia from Garnet & Black Attack

It's almost August, so let's just pretend like we're packing for the first game already.

Share All sharing options for: An Aggie Visitor's Guide to Columbia from Garnet & Black Attack

It's not time yet. But since the closest thing to it being time is talking about it being time, let's see what kinds of things there are to do, see, eat, and enjoy in Columbia, S.C. for those who are making the trip this year. We electronic questionnaire mailers with Connor Tapp from Garnet & Black Attack to get the scoop on game weekends. 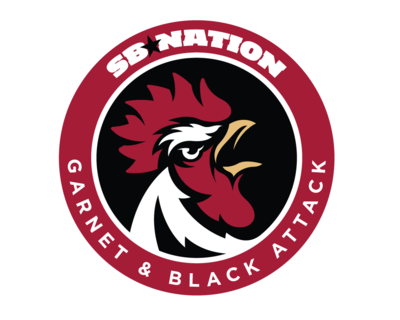 GBH: Where is the best place to stay during a football weekend?

GABA: The Hampton Inn on Gervais Street is probably going to be your best bet. It's located right in the heart of The Vista -- one of two Columbia bar districts, and the only one you'd want to find yourself in at night -- and the route from there to Williams-Brice is an easy one. If that's all booked up, give the Inn at USC a try. It's located right across the street from The Horseshoe. (More on The Horseshoe in a bit.)

If you're willing to spend a bit more, a fun alternative is renting out a condo in one of the buildings adjacent to the stadium. I believe they're called Carolina Walk, The Spur, and The Gates. There's a good chance those have all been snatched up, but it couldn't hurt to check to craigslist or wherever those kinds of transactions are happening these days.

GBH: What are three great places to eat in Columbia? (in addition to Waffle House, obviously)

GBH: What is one South Carolina football tradition that Aggies should check out while there?

GABA: To be perfectly honest, South Carolina is somewhat wanting for game day traditions. Sure, there's excellent tailgating and The Gamecock Walk, Carolina's version of the thing where everybody gathers 'round to holler at the players as they enter the stadium, but nothing truly distinguishes it from other gameday experiences throughout the SEC.

Until 2001 starts playing in Williams-Brice. A recording of Steve Spurrier comes on the video board -- we call it The Beast Board for the way it dwarfs the previous video board. Spurrier says, "It's time for Carolina football." A rooster crows. The crowd begins to lose its mind. And then the unmistakable opening notes of Also sprach Zarathustra set in. As the sunrise motif reaches a crescendo, smoke begins to fill the air around the players' entrance, and the Gamecocks storm out onto the field.

It's a really cool experience, so make sure you're in your seats at least 15 minutes to kickoff to ensure that you don't miss it.

GABA: There are two primary stadium-adjacent tailgating locations. One is the fairgrounds. The other is the inventively named Gamecock Park. If you're bringing an RV, there are separate lots for parking those. All of this info can be found here.

There's no spot that's specifically designated for visitors. Opposing fans are welcomed freely among the Gamecock faithful, even during Clemson week.

GBH: What's one must-see in Columbia apart from a great football game?

GABA: The Horseshoe. This is where College Gameday has set up shop during its last two trips to Columbia (vs. Alabama in 2010, vs. Georgia in 2012), and for good reason; it's the oldest and most beautiful setting on campus. A horseshoe-shaped brick walking path outlines a grassy area where students often study, picnic, or play ultimate frisbee. It's flanked by Honors College dormitories on either side and serves as the home to the university president.

Stop by Cool Beans on College Street (perpendicular to The Horseshoe) to pick up a sandwich and a coffee beverage to enjoy as you lounge on the grass.

GABA: I'm going to guess Augusta National. That's not in Columbia, of course. It's not really a city known for its golf. You'd have hit the coast to find that. So you can probably leave your clubs at home unless you're planning to make an extended weekend out of it.

GBH: Anything else we left out?

GABA: @DrinkingTicket is a good follow for party people looking to steer clear of the 5-0. Don't go to Five Points at night. If you go out on Friday night, holler "GAME" in a crowd of people and about 20 will offer "COCKS" in simultaneous reply.

Most of us are desensitized to the word "cocks," so don't expect your penis joke to be met with laughter. (This is the one sex thing that South Carolinians are mature about.)