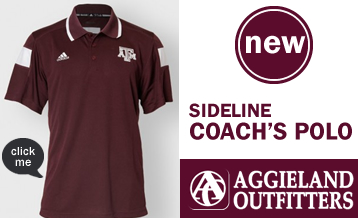 VAPOR CARBON LAND SHARKS. No, not a SyFy flick; a 'crootin' event. The Opening happened this week, and here's how some of the Ag commits did in the competition. Also plenty of individual links therein.

Another harmless recruiting update: one that rapidly deteriorated into madness and chaos in the comments section. Oh dear.

SEC Schedules: TSK takes a look at a few suggested new non-con matchups for teams in the West. While ours was redacted due to the fact that we have in fact already played them a few times, I like that they didn't suggest another one. Let's play them some more.

This aggression will not stand, man. We all know that June was an outstanding month for Sumlin and crew recruiting-wise, but there was one SEC team that did even better. Is it August 28 yet?

Have a great Friday, guys and ladies. in seven short Fridays we'll be reveling in the glow of a satisfying road win against a very good SEC team. Perhaps listening to some tunes.

Which begs the question...