THE TAILGATE: A Graphical Preview of Texas A&M vs. Mississippi State

Share All sharing options for: THE TAILGATE: A Graphical Preview of Texas A&M vs. Mississippi State

"Sports music" plays at an unsettling volume as the graphic introduction to a HOT TAKE show lights up the screen. There are explosions, fire, various mascots, several different kinds of balls, a bicycle, boxing gloves, skis, racquets, and weights. All of these items fly at the screen as if you're in a spaceship traveling through an asteroid belt created by the destruction of planet Dicks Sporting Goods at the hands of the Death Star.

The presentation ends with a squeak fart as the graphic fades to show the emerging face of TAKE JOURNO guy. His suit is shiny, his hair is clean, he hasn't shaved in three days and appears to be on the back end of an evening filled with adderall, vodka, and a failed attempt at sex. Behind his eyes you see he wants to cry.

TAKE JOURNO: Welcome to the show, your team sucks and I hate you. We're here with Mississippi State head coach Mike Leach ahead of his appointment with an old foe this Saturday. This marks the Pirate's long awaited reunion with the Aggies since being fired from Texas Tech.

Leach appears in a Zoom window. The virtual background is the box art from Secret of Monkey Island.

TAKE JOURNO: Ha! Good one, coach. What are your plans for the Aggies' visit this weekend?

Leach brings up a bottle of rum, rips the cork out with his teeth, spits it at the camera, and takes a long pull.

LEACH: Yarg, my buccaneers are going to take to the cannons and blow the man down with our air raid.

Leach puts on an eye patch.

TAKE JOURNO: I see you're embracing the pirate life even more now that you're in the SEC! How has the transition been for you after beating LSU but then posting up two shitter games in a row?

LEACH: Look at me. I'm the captain now.

TAKE JOURNO: Sir, that's a line from that Tom Hanks movie I never saw but instantly recognize the quote. Are you OK?

TAKE JOURNO: The acid is wearing off.

LEACH: THE HELL IT IS!

Leach reaches through the Zoom window and pulls TAKE JOURNO into his room, shoves him into a barrel, and rolls him off the plank into the stormy waters of the Caribbean.

LEACH: Arg, bring me the Jolly Roger, Hedgehog. And stop doing that to yourself, it's unsettling.

DON'T QUOTE ME ON THAT

Mike Leach has become legendary for his press conferences and willingness to discuss any topic. Here are some of my favorite Coach Leach “quotes”...

“They should do away with the the fair catch during punt returns. However the return man would be allowed to carry a cross bow and is given one arrow per half.”

“I have a life size statue of Tim Couch in my office I made from chewed up bubblegum and pipe cleaners.”

“I think political disputes at the Thanksgiving table should be settled with a handle of Jack Daniels and a lively game of Tummy Sticks.”

“When I was 24 I was hitch-hiking from Memphis to San Diego and spent a wild night in Tucson. Ended up buying some peyote buttons in the parking lot of a Piggly Wiggly. Woke up in the back of a Subaru Wagon outside of Yuma at a cock fighting arena and sketched out the first Air Raid playbook. It’s why I call four verts Mescaline Madness to this day.”

“If I could have dinner with anyone from history it would have to be Socrates, Gandhi, and that gal from the Home Depot in Lubbock that can lick her eyebrows.”

“Sometimes I like to wear a diaper and accuse the blender of being a pederast.”

Mississippi State is already in the first significant trough of the Mike Leach Confidence Cycle with the head pirate calling out players after rolling a deuce in Lexington last week. But we've got far too many scars to feel confident about Saturday. Scars gouged deep by the likes of Wes Welker or BJ Symons. And Starkville was never a sane place.

Hordes of camo-clad State fans pack the mezzanines. One is burning an effigy of their own quarterback. Another is dressed as a life-sized cowbell. A third is telling anyone within earshot he has irrefutable evidence that will put Lane Kiffin in jail for a long time. A woman shows off an infant dressed up as Paul Finebaum despite being two weeks out from Halloween. The day begins with such promise.

Leach elects to kick and tries an onside kick. He fails, and Seth Small kicks an easy field goal to put the Ags up 3-0. The Bulldogs celebrate their defensive prowess. Leach calls a halfback pass on the first play of the next possession that results in a fumble returned for a touchdown. 10-0 Aggies. Fights break out in the stands. The PA announcer reminds the crowd to remain civil. Both offenses sputter. More fights break out in the stands. State's defense sputters even worse. A thin mist of vape cloud and blood begins to seep out over the crowd. By halftime, general lawlessness breaks out in Davis Wade and police cordon the entire stadium off until midnight Sunday. Mike Leach attempts to channel Jackie Sherrill and demands a grad assistant bring him Larry Culpepper to castrate at halftime in the locker room. Larry cannot be found.

Leach deploys his gamesmanship and elects to kick in the second half too, and somehow recovers the onside kick. They score. They do this more than a few times until the game is tied. The police cordon is broken when someone drives a beer distribution truck through the fences. The masses swamp the truck, carrying off kegs like door prizes. The game continues. Jimbo's face looks like he's been eating handfuls of habaneros on the sideline. The effigy of Costello has been extinguished and repaired and re-erected as a statue. Cowbells are now being thrown down onto the field like flowers at a bullfight. The game is tied with one minute left. The Aggies hold on defense.

A&M and MSU have had some (cough) similar looks over the years. Here are some side-by-side comparisons. Mouse over to see if you can guess who's who. 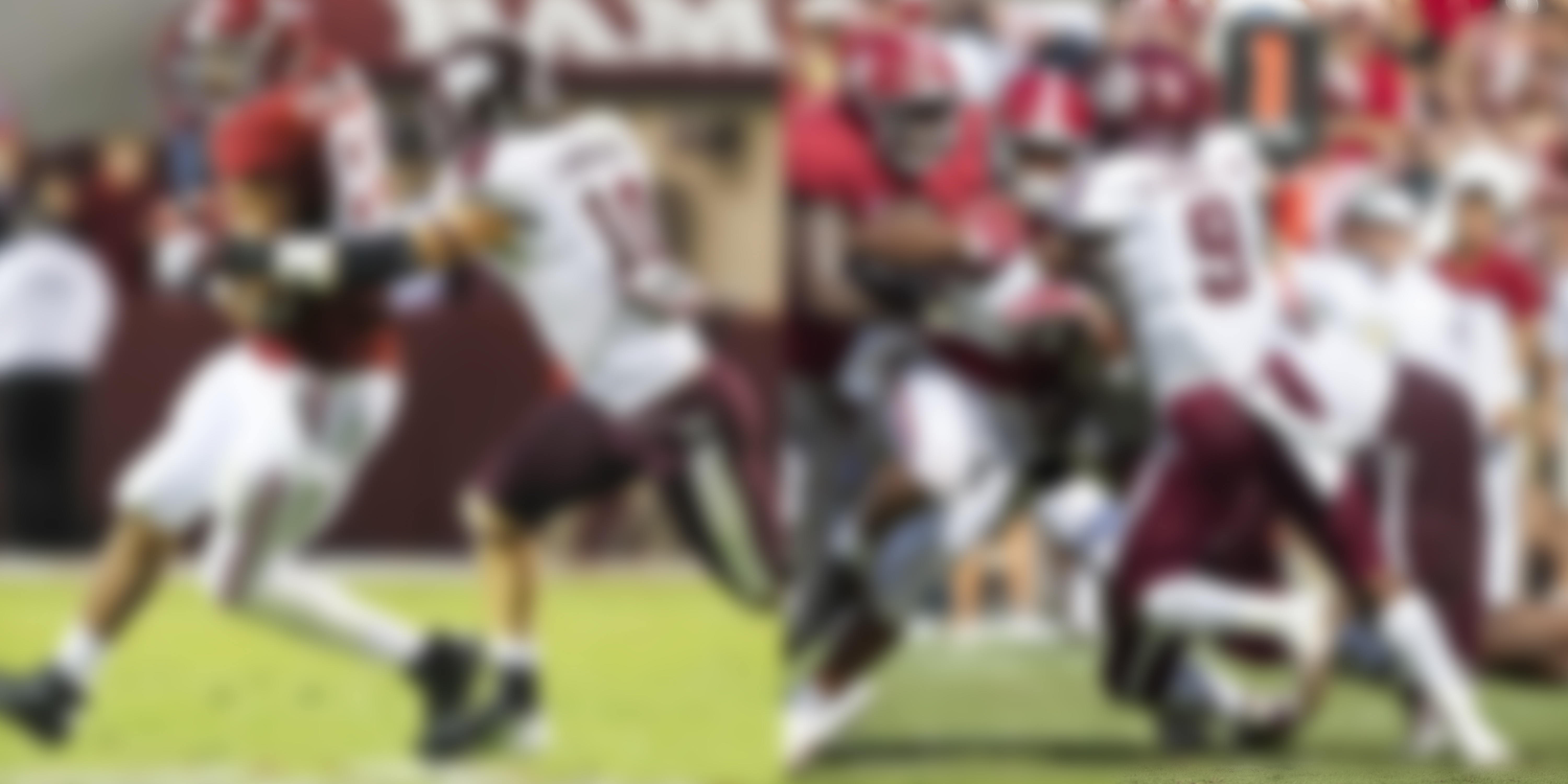 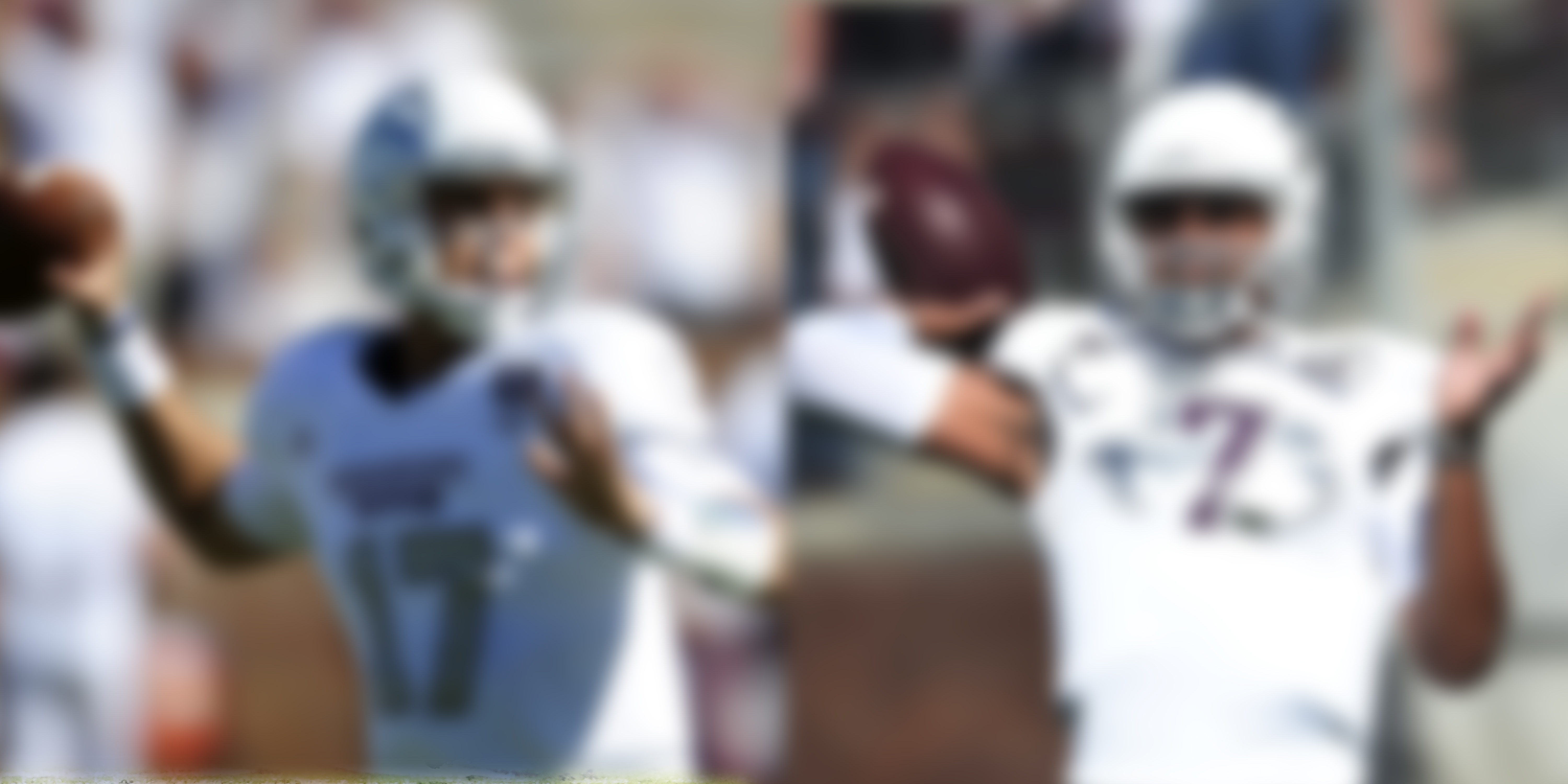 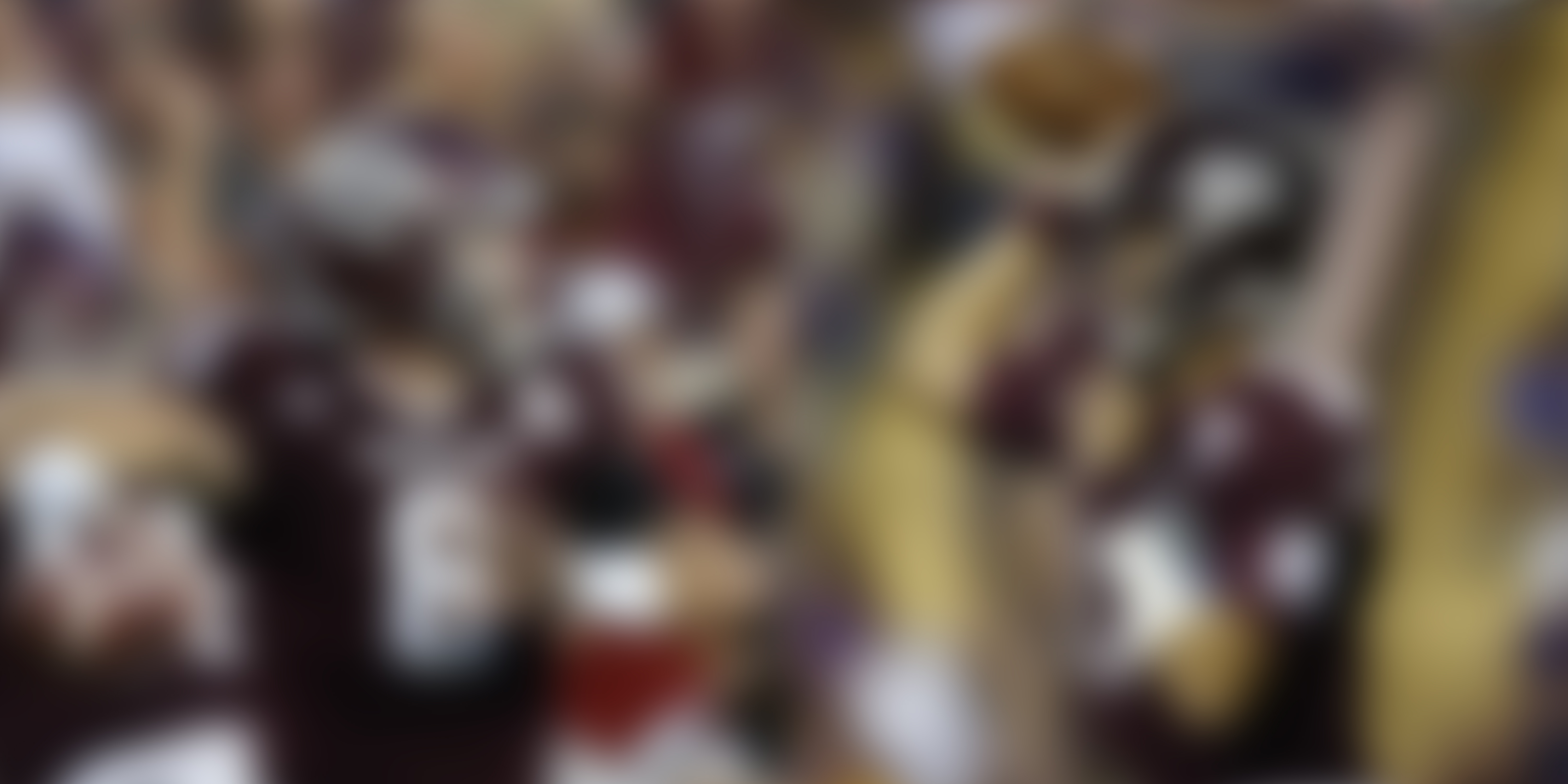 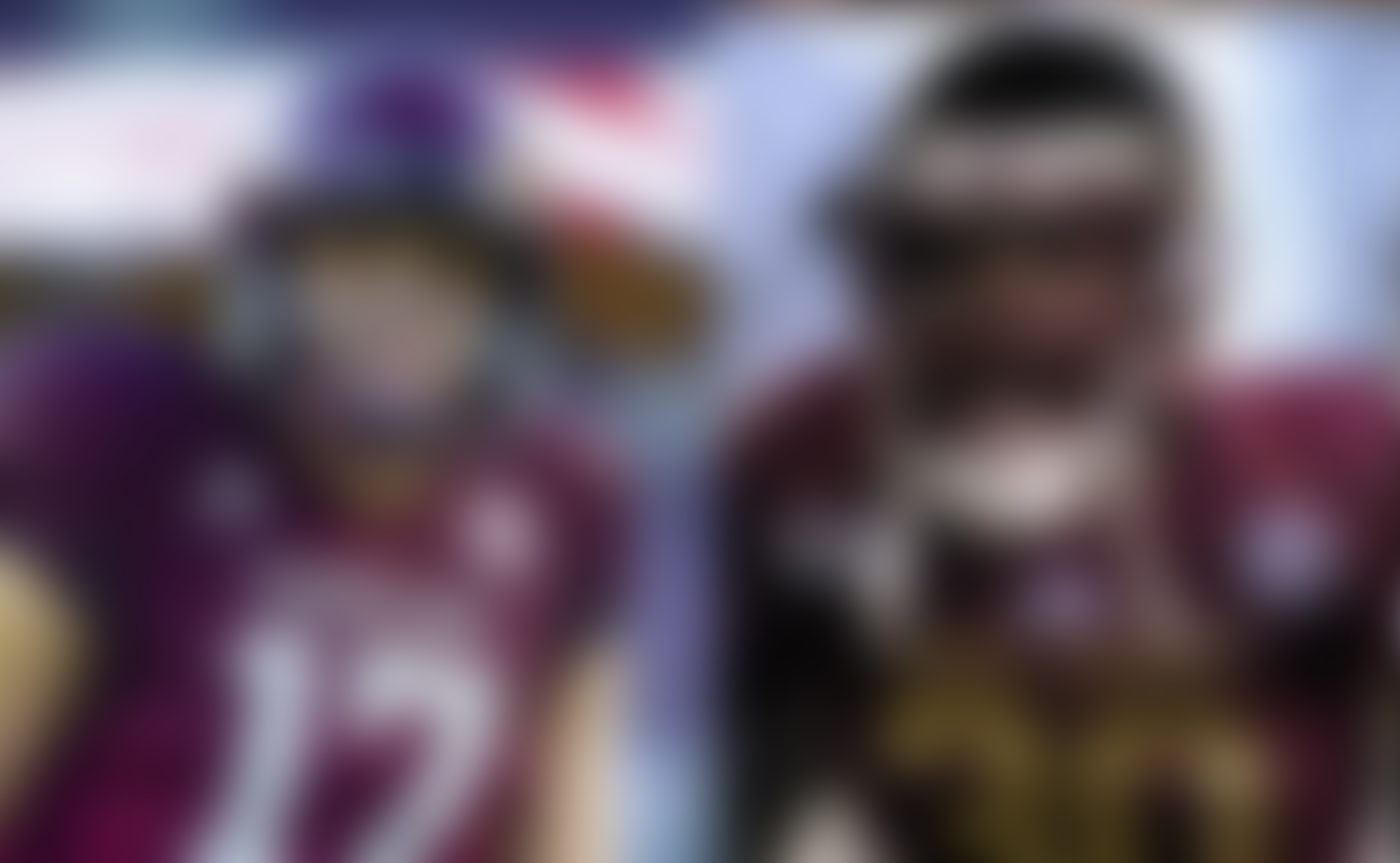 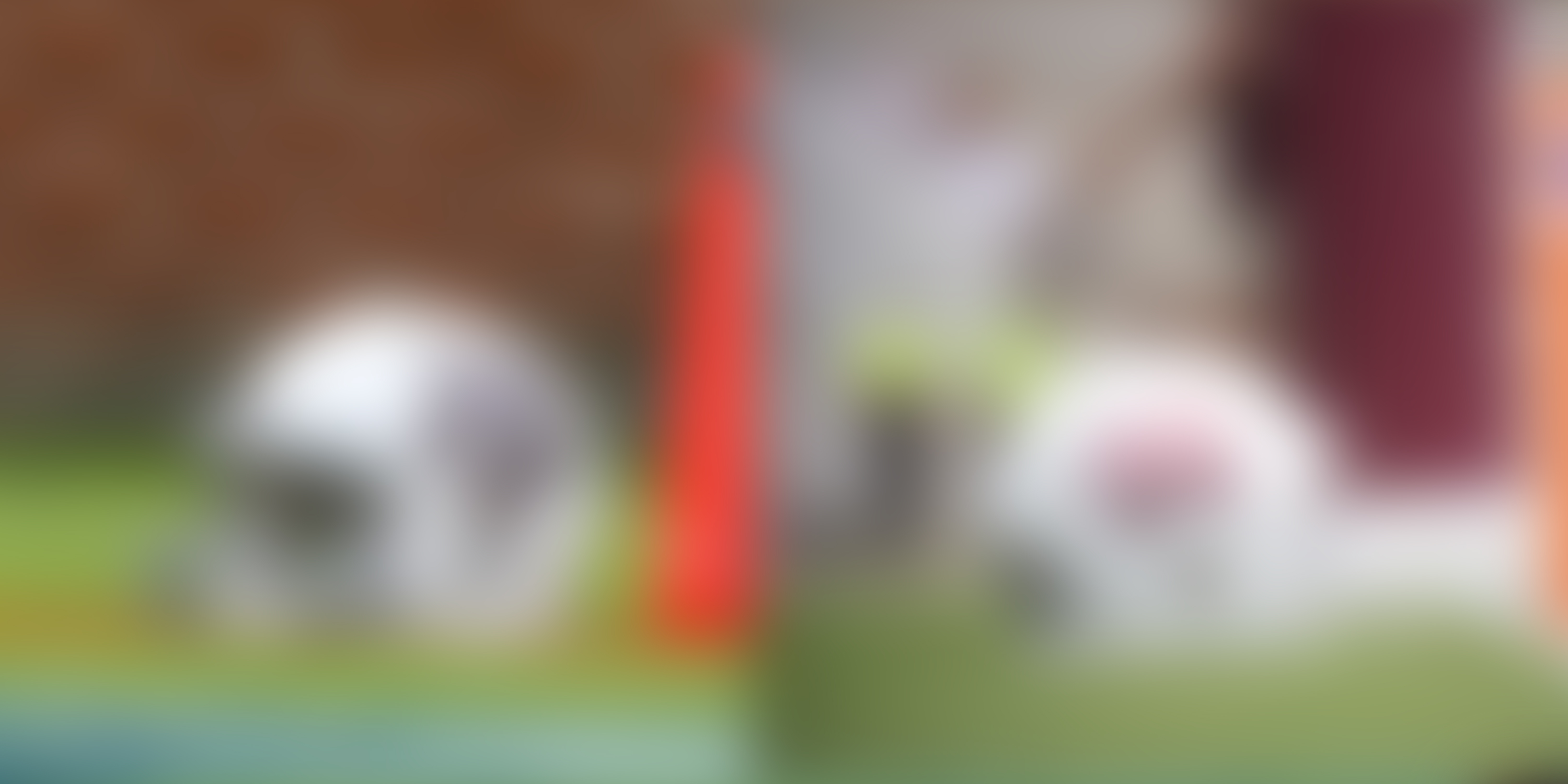 GAME OF THE CENTURY OF THE WEEK

Pile onto the couch and grab a bucket of goodies, we've got a...well, we've probably got another big Alabama win on tap here, just try to pretend to be excited with us for a bit. Do it for the UGA fans.

Nick Saban's gotten so bored with beating his former assistants 20-something times in a row that he's decided to try doing it this week while WFH.

It must be so tempting for Georgia fans to generate any kind of optimism here, but let me help curtail any lingering hopes: the last couple of times Alabama "almost" lost to Ole Miss in recent years, they've followed up the next week with clinical shutouts.

But hey, these are uncertain times! Anything can and will happen, as we've already seen. Just not this week. Sorry, Georgia, your crushing disappointment has arrived a bit ahead of schedule this season.

Join us over here in the weeds of the roadside ditch with the other wrecked teams Bama has dismantled so far. You're not alone.