The new coach touched down in Aggieland yesterday.

Share All sharing options for: Daily Bull 12.4.17: The Jimbo Welcome

Late morning. Mild and sunny Autumn day, the wind ruffles through the buzzing crowd on a tarmac nestled near a highway in a rolling expanse of fertile rural landscape. Behind locked and tinted doors in expensive luxury SUVs, men in richly-tailored suits sit in comfort, while out in the open the masses gather behind temporarily-constructed barriers. A militaristic band in extravagant uniforms warms their instruments. All of them are waiting for the same small airplane to arrive and deliver the man they’ve pinned all their hopes on.

They see the speck grow larger in the warm blue air until the shape of the jet has formed. They watch it gracefully descend and touch down and roll agonizingly slowly towards them, finally stopping. The maw of the door drops down and stairs are extended and the hushed excitement hangs in the atmosphere with an audible hum until the band kicks off a festive march. Some other Very Important Men disembark from the plane, and then The Leader, waving and extending a cherished hand symbol as he strolls awkwardly across a lavish carpet directly into a waiting vehicle, his feet never once deigning to touch the actual earth.

If you showed me this video, and I didn't know about college football, I'd assume this was some small country's dictator. https://t.co/jwI3RxIHdA

This is college football, one of the most absurd universes we inhabit. Enjoy this moment, Jimbo, for it is most likely the last time that Aggies will so unconditionally love you.

The list of things that must have been running through his mind the minute the door dropped and he heard the strains of a military band, saw the mass of fans clamoring for a glimpse, the nest of reporters tucked into a separate corner...all of it, even for a man who had coached the Florida State Seminoles for the better part of a decade, must have been disjointing to say the least. If there were any doubts about the sheer and earnest seriousness of the expectations laid out by the massive contract, they were instantly put to rest.

And speaking of earnestness...

All Aggies have Rachael Fargerson ‘18 to thank for getting Jimbo Fisher to saw ‘em off for the first time in Aggieland. pic.twitter.com/2APYPPQA7w

Look at the man’s face. One almost begins to feel something approaching pity, until one remembers this is a professional mercenary who is being paid an absurd amount of money to coach a child’s game. The mask of horror and confusion that falls across his features is priceless. It’s when you’re a little kid and make your grandpa take a picture with you doing some dangfangled dance or playing with some shiny electronic nonsense. It’s opening that Christmas present, knowing that is probably going to be something awful, and pretending you love it. It’s the universal plea for someone—anyone—-to rescue him from this predicament. But guess what: there’s no one to save you anymore, Jimbo. The ink is dry. This is all part of the deal. Reticence and subtlety are not done around here. Welcome to Aggieland, and you’d better learn to love it. 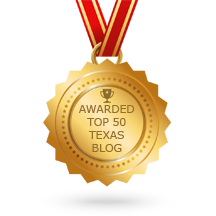