The following is taken directly from an email conversation. The only editing done is to protect names (mine).

They want us to do an article on this, point/counterpoint style. I personally think that a full-disclosure article based entirely upon the e-mails that follow would be hilarious.

That being said, pick your side. I'll take whatever you don't want, but know that I'm full aware you're going to be pro-girl and throw me on the wrong side of everything including history.

The only thing I know is that whatever I write, some Aggie is going to take it out of context and use quotes from me to support their bullshit arguments against women.
So go ahead, make my day.

I was thinking today that GBH has been silent on this issue for too long now. As we are the Texas A&M community that notoriously lives in this century, we should probably make our stance known.
I mean, we already know "our stance" of course.
As a resident contrarian satirist, I would normally rather enjoy taking the anti-girl position for my own amusement. Honestly though I'm not even sure what my tactic would be. The "womenfolk should be barefoot and pregnant in the kitchen, by gawd" angle is a little too on the nose and obvious. Gotta reel 'em in for a few paragraphs before they realize we're mocking them. "Something something tradition something already have the dance team something something" is so tired and dull I think I might actually fall asleep typing out that over-trodden path of bullshit.
For me, I think "it's fine with me if they run so long as they lose" is the argument that makes my brain recoil in horror, disconnect from my spinal column, and cause me to walk into a door or tumble into a hedge.

I hear you on that last point, man. "Yeah, they can run all they want. Make 'em feel included and shit, but then ensure that they know their place is on the sidelines wearing a sundress standing next to the freshly bic'd head of the man who will sire future Aggie corps members through their original sinning uterus. Rahr rahr rahr, rabble rabble rabble. Something something kitchen and sandwich joke."
I don't understand how people have made the argument that "well, what's next, the uniform changes? Will they dance?" No. The position stays the position, the gender of the person waving their hands in the air like Gary from Team America is the only thing changing. 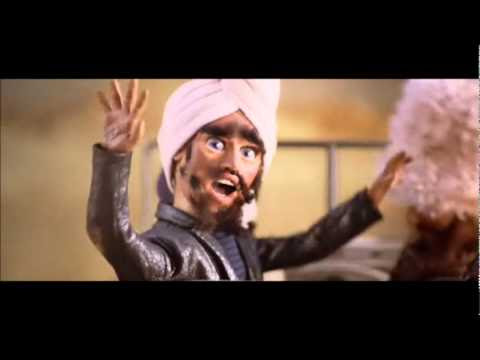 Additionally, we're not farmers. We're not fighting. Coaches don't drive busses. Why not a woman?

But why should we be like every other university, Wes? Why not just be a t-sip in Austin if you don't like it? Every single aspect of this school must be unique, except the ones that already aren't which is more than I am comfortable acknowledging.
The "what's next, changes to the uniform?" thing is a classic "where do you draw the line?" argument, which are mystifying to me since we as human beings have hundreds of years of history of drawing lines, and occasionally redrawing those lines once perspectives and attitudes change. At one point the line was that no women were allowed in the university at all. No doubt when they considered admitting women, someone shouted angrily about "What's next? Letting lemurs join the Corps? Where do you draw the line?"
They looked at the line. Then they redrew the line where women were allowed into the university. Then everyone moved on with their lives and the school was better for it.
Let's redraw the Yell Leader line, and then let's move on with our lives.
Wes Davis - 2:59 PM
I feel like we covered this pretty evenly. I don't know what else we can add here. What is it about redrawing lines that makes Aggies so uncomfortable? The things that make the school different are the traditions, but those needn't be defined by race, religion, gender, or sexual orientation.

I'm sure this will go over well.