We are looking for a new home for this bus, and it could be you.

Got a little story for ya, Ags. Years ago a group of Aggies sat at their tailgate in Spence park, drinking homebrew and listening to Dennis Franchione "resign" after beating Texas. It was like triple-Christmas. Aggie football was awash in possibility, and we needed to expand our tailgate game because we definitely wouldn't be about to do something stupid like hire Mike Sherman and then lose to Arkansas State hahaha no sir.

We could buy a nice trailer to keep all our tailgate gear in, but then we still have to haul it from the road to our spot. We could get a little minibus to tailgate out of, but there'd hardly be room for a driver after you put in all of the kegs and salted meats. What if we bought a bus? You know, like a school bus. 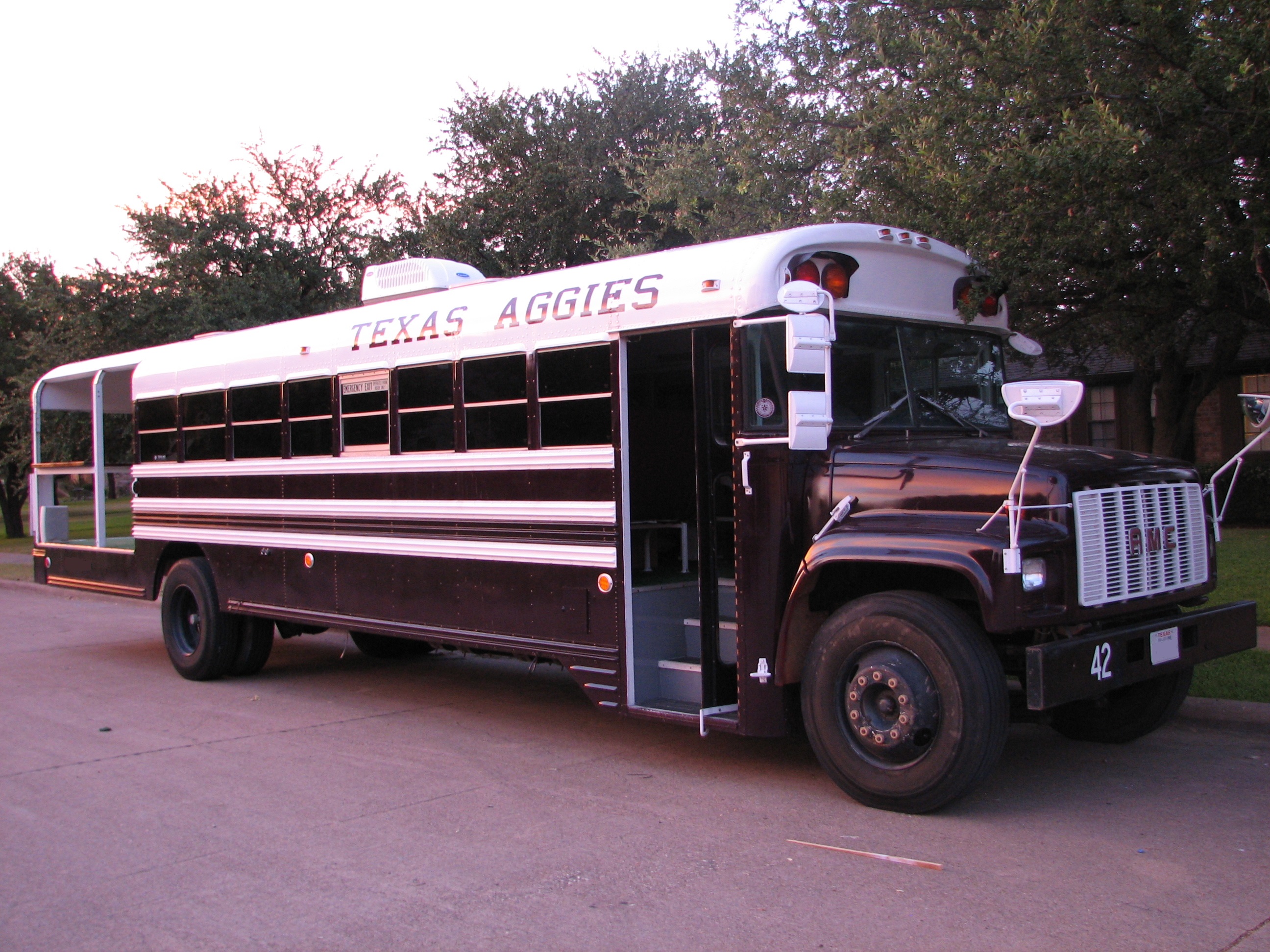 Turns out that for $1100, Carroll ISD will auction to you a fully operational 1995 GMC Bluebird school bus, replete with flashing lights and pop-out stop sign. It also turns out that if you strip down the vehicle a bit to where it weighs less than 26,000 lbs gross (it weighed in at less than 20k) and has seating capacity for fewer than 18 people (seats 16 comfortably technically), then you don't need a special driver's license and can use the same Texas Class C that gives you permission to drive that Jetta every day.

Fueled by the Aggie spirit and enthusiasm for using power tools while drinking, we made a few modifications. Options include:

- back porch cut into original bodywork

- two monitors in the main cabin ready to be wired to a satellite receiver (not included). a third larger TV could be placed outside and run off a splitter. (3rd TV not included)

- inverter installed to power entertainment accessories while driving. a relay box has been wired so that the power system will automatically switch over to generator power via an extension cord in the battery box. includes two 110 volt AC outlets.

- a keg box with a beer tap on top, plus 3 beer taps installed on the passenger side exterior of the bus

- an old sofa we bolted to the floor

- gas generator is included, but probably needs an oil change

- one issue of 40+, a piece of strong pornography which has been repeatedly hidden on the bus as a running gag and is almost certainly still on board somewhere

- autograph from Roger Creager on the wall above the main door

- cow skull with horns sawn off which mounts above windshield 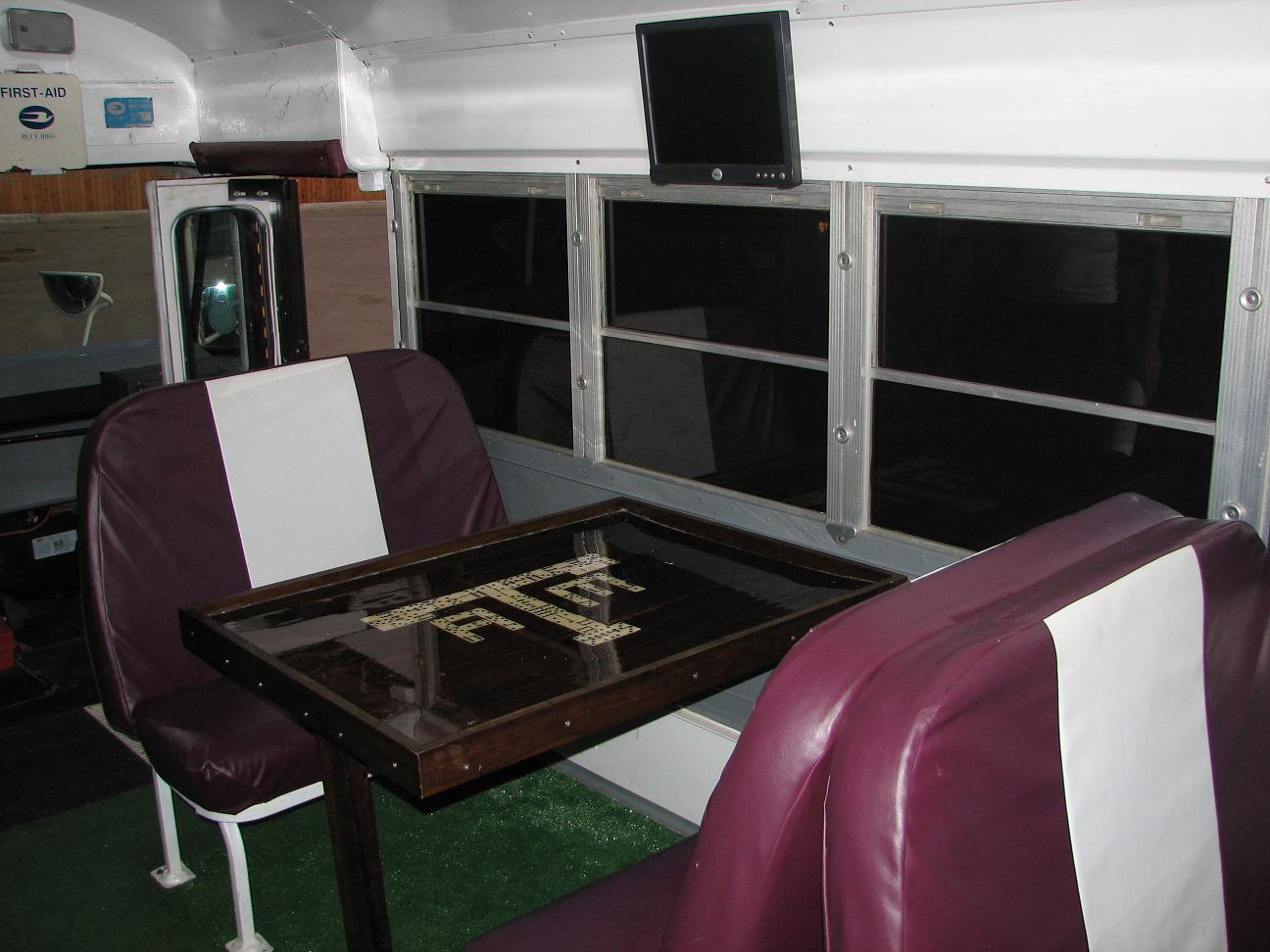 Due to family commitments, time constraints, and distance, we are no longer able to use and take care of our baby, so WE ARE GIVING THIS BUS AWAY.

Those interested should be aware of the following things:

- It does not currently run. It operated as recently as August 2016, but won't start now. The engine is a Chevy small block V8 (305 if I remember correctly?) that likely only needs minor repair, but that will be up to the next owner. Parts for that engine are very cheap and very common.

- Although it doesn't run, it needs to be moved from it's current location in Bryan to somewhere else. A tow would probably run around $250 locally. That will be up to the next owner. After the contest ends it will need to be moved relatively quickly, so please have arrangements in mind.

- Everything works (I think), but it will need a good cleaning and a few things will require a little TLC (the keg box leaks right now and needs some caulk, the TVs and speakers work but are a decade old and could be better).

- it gets like 6 miles to the gallon, but hey it holds 60 gallons (unleaded)

- GBH and the previous owners of the bus take no responsibility for you or this bus once ownership has transferred. All sales giveaways are final. 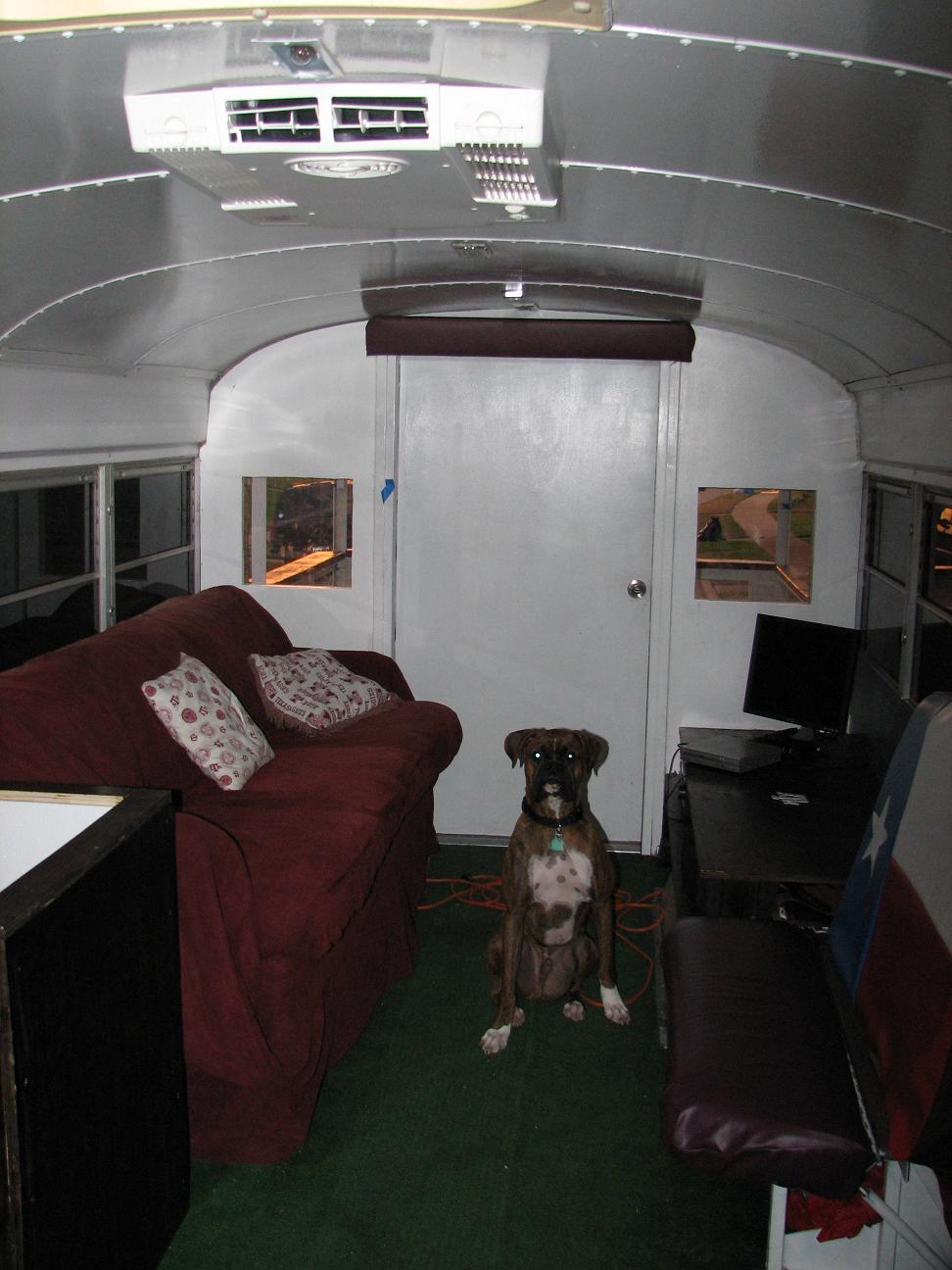 If you are interested in having this bus for free (yes, this is completely serious) then email me at hypnotoad03@gmail.com and tell me why we should give it to you. Explain how you'll use it, tell us a story, tell us a lie, or in some way convince us that you deserve it over all others. Extra points will be given to those who do so in the form of a Fanpost. Just go to the GBH main page and write your own Fanpost and include in the title #GBHBusGiveaway - but be sure to also email me to let me know so it doesn't get overlooked. Please only enter if you actually are serious, because we are serious and want to make sure our baby goes to a good, loving home. 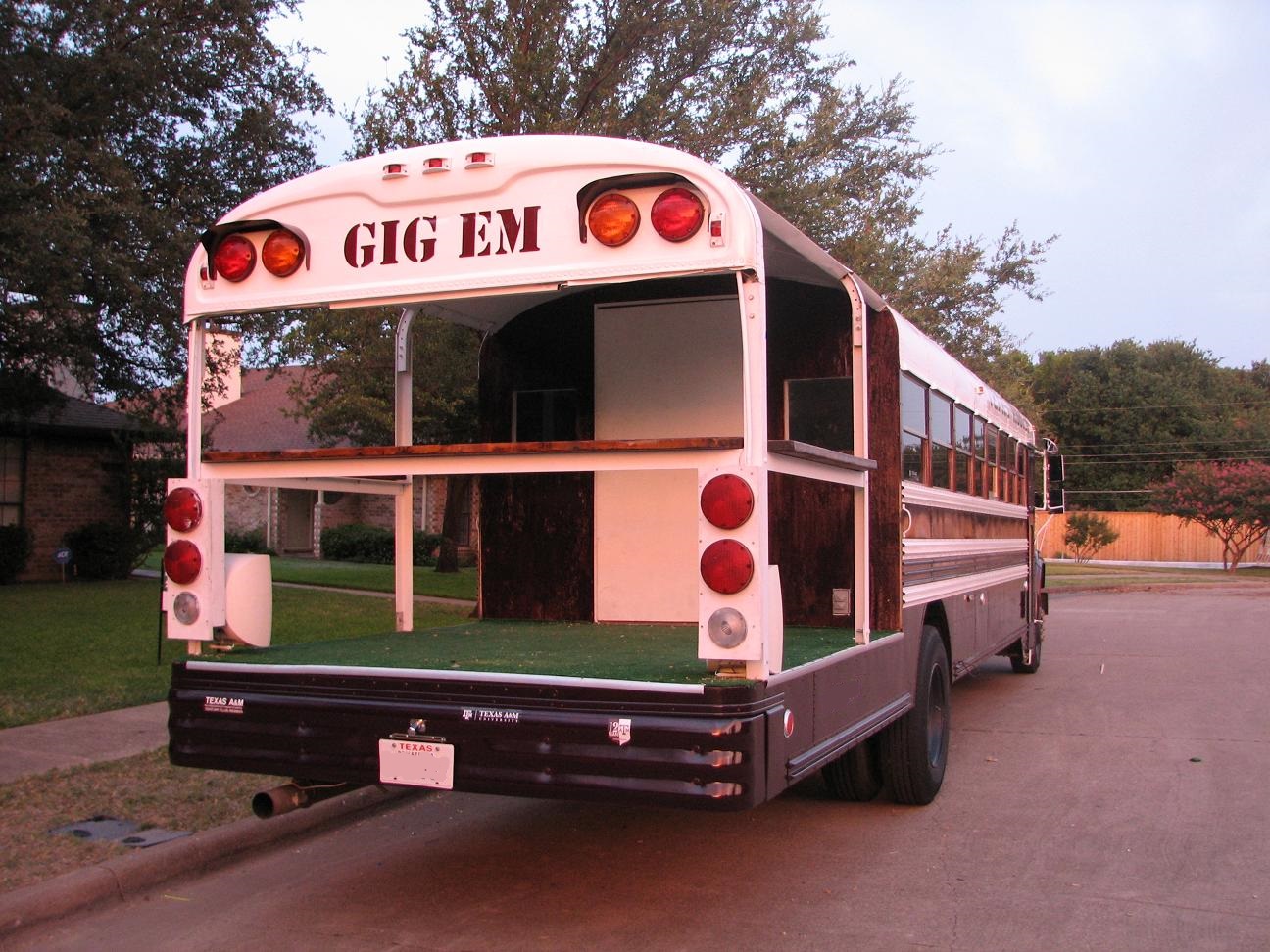