THE TAILGATE: A Graphical Preview of Texas A&M at Texas

The end of the season. Bowls will soon be here. The Tradition. The Pageantry. Thanksgiving.

Mano a mano. Turkey in my belly. Reclaiming the eternal scoreboard.

Charlie will have plenty of time to decorate for Christmas, not being bogged down with pesky bowl game practices. If you ask me, he's a smart man. I wish I could negotiate an extra month of vacation during under-performing years at work.

For the final time this year...

Share All sharing options for: THE TAILGATE: A Graphical Preview of Texas A&M at Texas 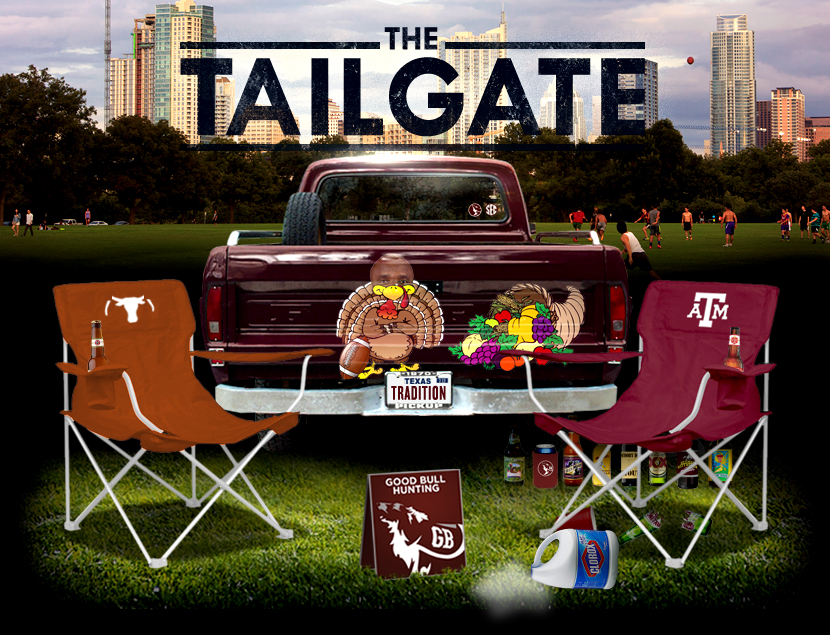 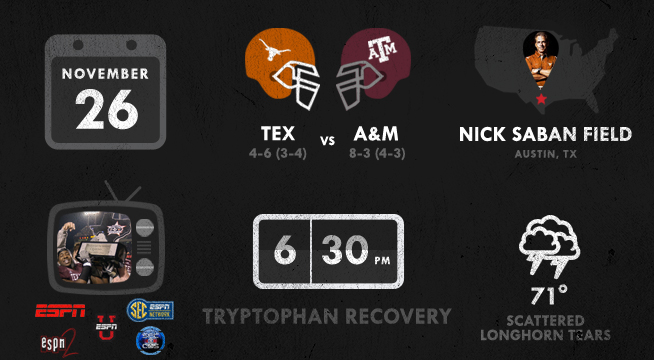 Thanksgiving. Food. Family. Football. Feuds. That’s what it’s all about, and I’m happy to report that this Thanksgiving I’ll be watching the Fightin Texas Aggies kick the ever-living, ever-loving, compound, complex, Fightin Texas Aggie Class of whatever-in-the-hell-you-are shit out of t.u.

Let’s put aside that this game has lain dormant the past three years and we missed two guaran-damn-teed ass-whippings of the sips at the hands of Johnny Football (just thinking about what those highlights would have looked like makes me squeal with joy at a frequency so high every dog in a 5 mile radius has a seizure), this year will be a hyper-fun ass whipping with either quarterback at the helm.

No, Aggies, we don’t NEED this game. Texas doesn’t NEED it either. Both fan bases DESERVE this game. It’s a battle for bragging rights. It’s the reason you get to look at your cousin across the table and honor his/her request for more gravy with a smirk and a subtle "anything to drown your sorrows." It’s why you pushed your nephew into the pool even though it was 42 degrees outside because that little shit gave you the hook ‘em. It’s why Grandpa called Uncle Jim an assclown at the dinner table. It’s family. These are precious moments.

This game won’t be played on the Longhorn Network. It’ll be played in primetime to a host of college football fans from across the country. Fans who want to see bitter, hardened rivals duke it out. One team is living on the spoils of a new conference, a new palace, and new life - new life breathed into a team by a coach whose confidence exudes from his players. The other team is on life support. The Longhorns haven’t been able to recapture what they had just a few years ago – and the apathy is apparent. They’re led by a coach who’s got some "core values." The Aggies had a guy like that once. He took the names off the backs of jerseys.

So this Thanksgiving, remember: when you have your foot on your rival’s throat, you step harder. Saw ‘em off.

Myles Garrett punches a crater into the floor.

Daylon Mack’s uniform bursts into flames. Chavis pulls out a fire extinguisher, but it’s apparent that the world-class defensive tackle has turned into the human torch.

"They have core values? WE VALUE KICKING THEIR ASSES AT OUR CORE! LET’S BEAT THE HELL OUTTA t.u.!" 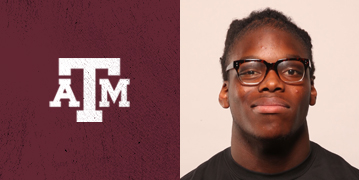 LB: This outstanding playmaker was a Texas A&M lean the entire time and never wavered, despite the urging of Daylon Mack to join him at Texas. The Ags lucked out on this one in stealing him from "rival" LSU. 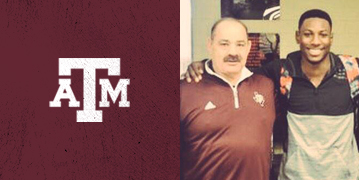 DB: This dynamic corner was so excited about playing for the Ags that he retweeted his commitment at halftime of a game Texas was losing. SUPER AGGIE. 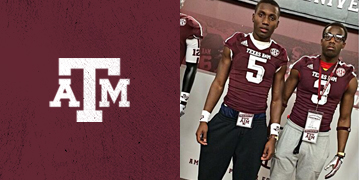 DB: Was already saying "from the outside looking in" before he even got to campus. The Aggies were in dire need of corners, so nabbing this duo was huge. 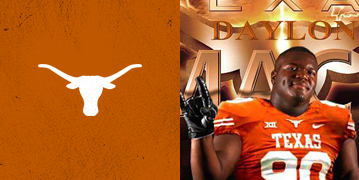 DT: The top defensive tackle in the latest class will fit right into the Longhorn defense. Unfortunately, he couldn't convince his buddy Malik to join him. 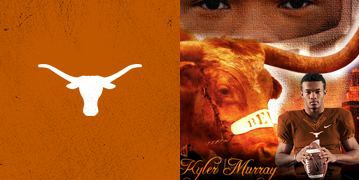 QB: In a move that shocked virtually everyone, the best QB in Texas high school history broke from family tradition and chose Texas. Expect his undefeated streak to continue. 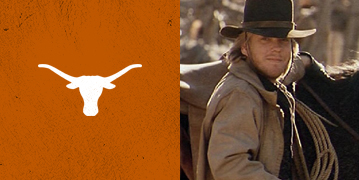 OL: The Texas offensive line has been decimated in recent years, so it was a savvy move for Joe Wickline to snag this big prospect to start rebuilding.

But in life's broader context, the fandom. Orangebloods is merely the expression of fear. Posters fear they won't get what they want. The most dreadful and unattractive poster only needs to be loved, and they will open up like a flower. A flower of taeks.

Coach Brown once said to me, "I want us to be completely open and say yes to everything - even if it's shocking and painful. Can we agree to that?"

[McConaughey]: "Alright now if you'll excuse me, I'm going to go on an overnight drunk, and in 10 days I'm going to set out to find the Trojan that ate my friend and destroy it. Anyone who wants to tag along is more than welcome."

Life riddles. Thrown askew into a metaphor called American football. Melancholy, isn't it? But for the dolphins. No, not Miami. With love, Austin.

Longhorn loves lost. Per chance was it Wimbledon? Was it Perth? Did it ever exist at all? Drunk on brand we were. Around the world with Gene and Greg. First Arabia, then Macau. Say it, won't you? Vagaries have no place when your best friend is bitten in half by a Sooner.

There was Rose. Only truly appreciated once all had died. Belmont. King Dodds. Sojourns to Ames now fruitless. Did the tomes of yesteryear aptly articulate my grandeur? And this fedora - whimsical?

Maybe the Big 12 was the blanket we craved all along. Tattered and torn, sure, but uniquely owned within our own repository. 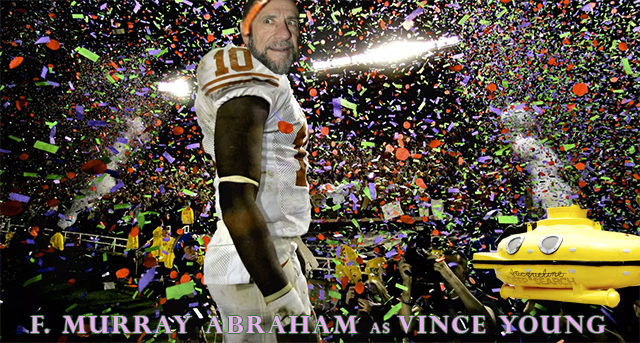 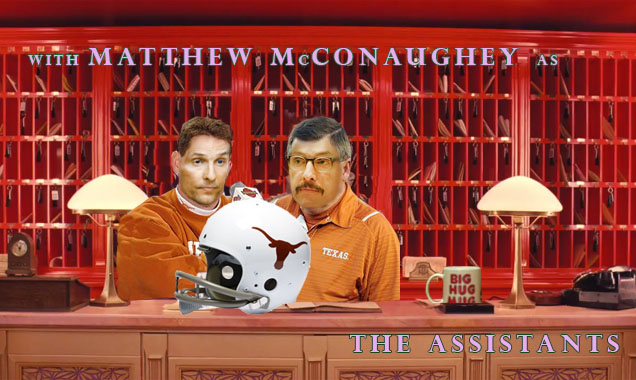 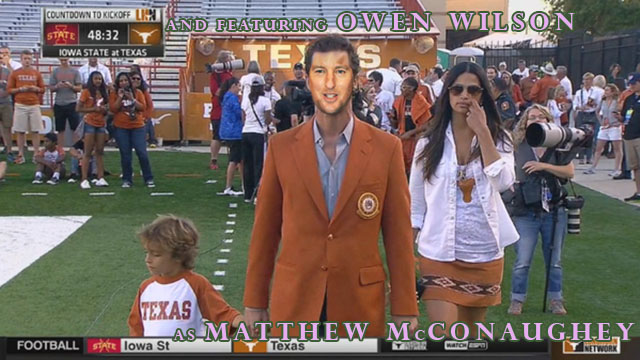 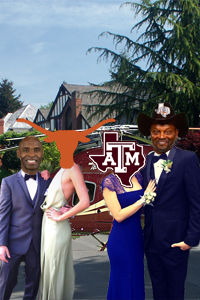 The last time these two schools met they were coached by old men past their prime. One coach was a dynasty-builder whose place in the school's history was already secure, and as a result he let himself go a bit and got a little soft, particularly in the entitlement area and the love handles. The other coach was a former NFL great who had found himself a nice eggy community to retire in, and he was happy so long as they didn't schedule any night games or second halves that had him staying up past 7. He missed a lot of Matlock in those days.

Now it's time to brag about our new boyfriends. That's cute that yours has core values. Ours has a helicopter, it's no big deal though. Oh yours won a BCS bowl once? Well ours... Heisman... you know what shut up! GOD YOU CAN BE SUCH A BITCH SOMETIMES.

While neither of these teams is lighting up the CFB playoff watch, on paper this is a rough match up for the burnt orange. While their secondary should be equal to the task of stopping the misfiring A&M passing game, mismatches in the trenches and a sputtering offense could spell a long day for Texas. Though the athletic director has given Charlie Strong the infamous vote of confidence, this program is looking for signs of life after being called a bunch of little girls by Ted Cruz. As an Aggie just be glad that we didn't do something monumentally stupid like convince ourselves that not playing Texas during their worst period in decades was somehow a good idea. What an Aggie joke that would be! 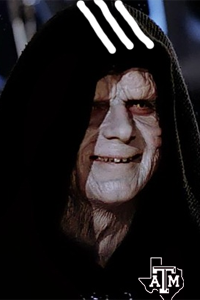 Break ranks tomorrow and give thanks for something truly worthwhile: hate. Not "oh those LSU guys are real jerks sometimes and they drink a lot and swore near my niece." Real hate. The kind of hate where you agree to give a former Longhorn employee a reference and then tell a prospective employer that he exposed himself in the copy room. The kind of hate where you set up a Craigslist ad seeking "enthusiastic pegging partner" and leave your burnt orange neighbor's home address and a time that coincides with his daughter's first communion party. The kind of hate where you offer to give a drunk Longhorn a ride home and then leave him passed out in front of a police station in a small town with a bag of coke and pictures of the Sheriff's wife.

"Missed you Longhorns. Glad to have you back. Now go fornicate with yourself."
- Gen. George S. Patton 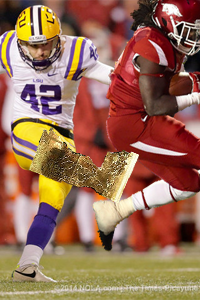 Nothing brings to mind the holidays more than watching college football rivals face off for their traditional Thanksgiving matches, and these two teams would never let anything stop them from playing this week. But were you aware that they were not always conference-mates? It's true! In fact, until 1992 these two teams had never played in the same conference before, meaning that two teams felt that they could maintain a rivalry despite not being in the same conference. Who ever heard of such foolishness?

Anyway, LSU's rushing offense is unstoppable this season, so look for the Tigers to give the Razorbacks the ol' Golden Boot this year. 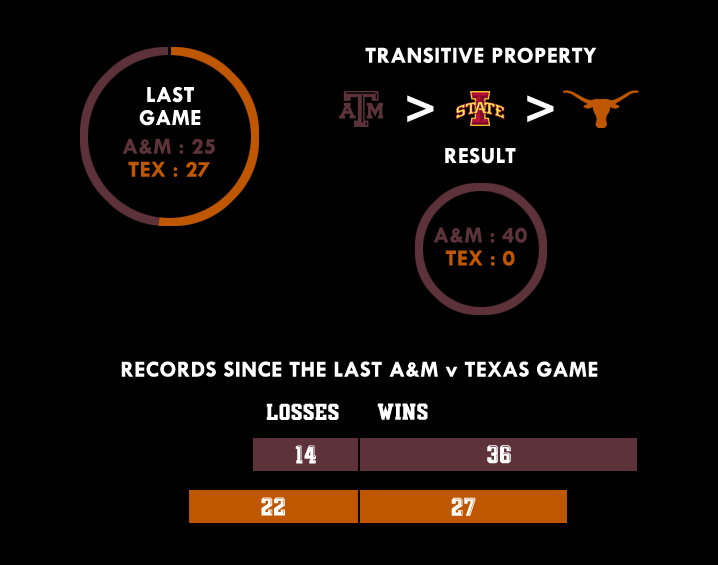 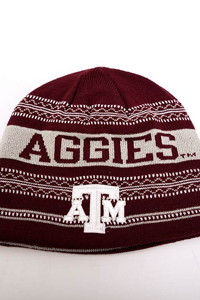 You said it would be a cold day in hell before this game was played again and here we are. Revenge is best served cold anyhow. But keep your noggin warm and synapses firing in the frosty weather with an Adidas Snow Stripe Beanie from MaroonU.

You can buy a beanie for every member of your family and then wear them in your holiday photoshoot. Wouldn't that be adorable? Customization may be required for babies and pets.

Enter to win a Adidas Snow Stripe Beanie from MaroonU. by completing the form below. 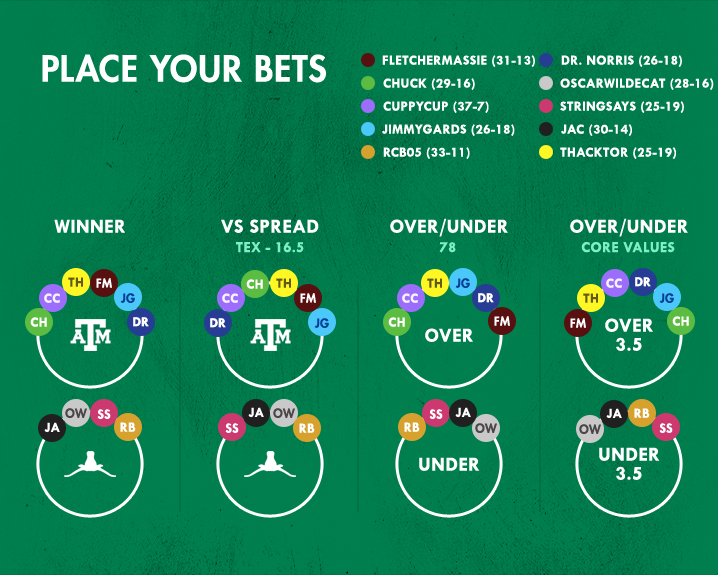 The Aggies beat the hell outta t.u. I lose 5 lbs for every plate of leftovers I eat during the game.

We never play the sips again. Thanksgiving is cancelled. 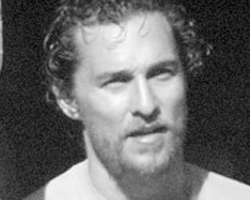 great team victory for the Longhorns over Sooners... may be a levee breaker for us... just keep hookin em, Mcconaughey 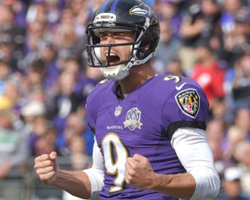 And it's goodbye to a&m! #hookem Glory to the Father, Son and Holy Spirit! 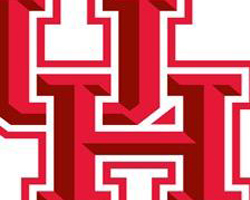 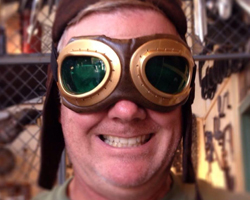 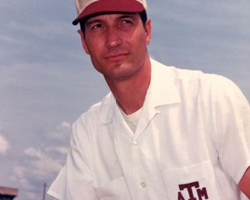 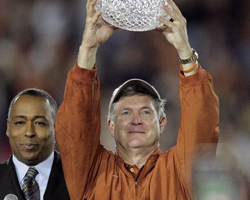 "The only way to have a friend is to be one."