THE TAILGATE: A Graphical Preview of Texas A&M at Vanderbilt

The inaugural season of New Kyle Field has come to a close. The seats will be empty until September 3, 2016 (don't talk to me about the Maroon/White game).

The Ags head to Nashville this week to take on the Vanderbilt Commodores *cough* nerds *cough*. With Kyle(r) at quarterback we look to improve to 8-3 before a monster night game in Death Valley. WE CAN STILL GET TO DOUBLE DIGIT WINS THIS SEASON. BELIEVE DAMNIT.

Share All sharing options for: THE TAILGATE: A Graphical Preview of Texas A&M at Vanderbilt 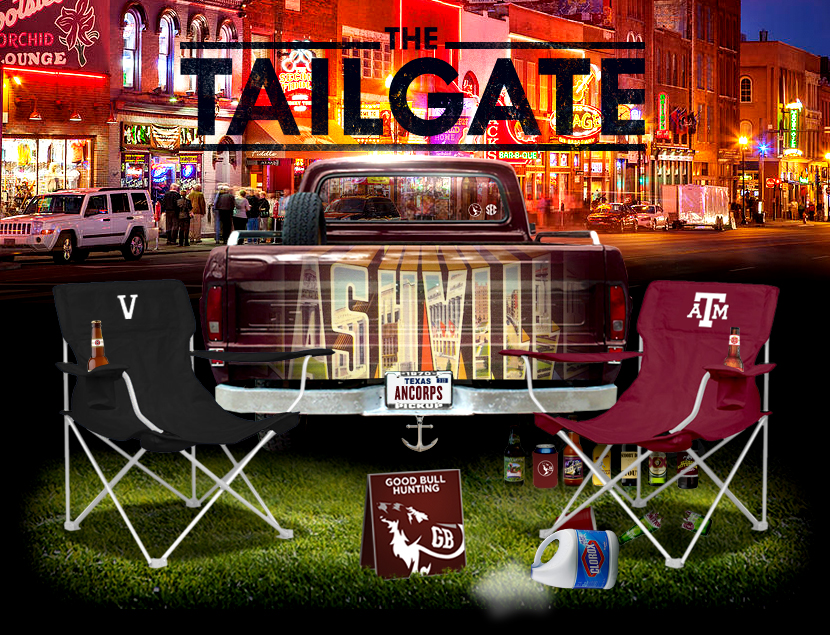 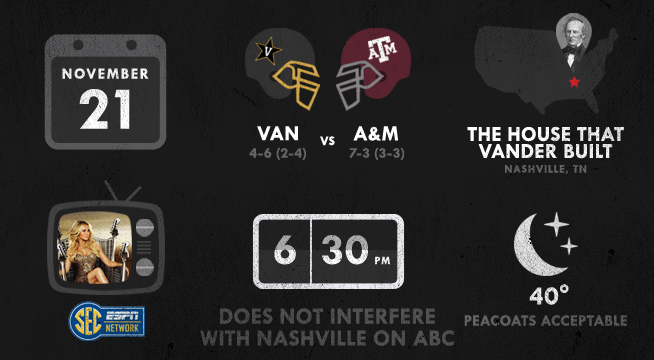 Kyle Field looks beautiful, and the new facade of the Hate Barn is composed of bricks. It’s a damn shame that the Aggies are playing away this week, because they should have invited the Commodores into the Brick House, which is mighty mighty, and Sumlin is sure to let it all hang out whilst coaching the game regardless of venue. I apologize for nothing.

Here’s an interesting aside: if Texas A&M were playing Vanderbilt in Women’s Lacrosse, this would not be an SEC game. The conference does not have this sport in its ranks, therefore Vandy’s Women’s LAX team plays for the Big East. Now, if the Aggie women ever get to take the sport out of the club ranks, in what conference would they play? Tell me in the comments, LAX fans.

Vanderbilt is an interesting team at 4-6. With two games left in the season against the Aggies and then against a shaky Tennessee team (IN STATE RIVALRY AT THE END OF THE SEASON WHAT?), the Commodores could come up with two straight wins sending them to a bowl game. Now, let’s pump the brakes on this a bit. Vandy boasts big wins against Austin Peay and Middle Tennessee, and SEC wins against struggling Mizzou and mighty Kentucky. The Aggies get to play potential spoilers on Saturday, so let’s beat the hell outta Vandy.

It’s early in the 1st quarter, and Texas A&M with a 7-0 lead lines up on the Vanderbilt 5 yard line. First and goal. In the seconds before the snap, Myles Garrett grabs Jake Spavital’s arms and works his arms like a marionette, motioning for a time out. The official grants it, sending the offense to the sideline for a meeting.

"Myles, what the hell are you doing?" asks Spav. The irritation on his face reads like a man whose boxer-briefs are hosting a fire ant colony.

"OH YOU’RE OC NOW?!? AND WHAT PLAY WOULD YOU LIKE TO CALL, MYLES? WHAT MAGICAL PLAY COULD YOU HAVE THAT IS GONNA SCORE POINTS? HAVE YOU BEEN PLAYING MADDEN? THINK YOU’RE KNOWLEDGEABLE?"

Garrett lines up behind KyleKylerJakeConnor, takes the ball, and proceeds to liquify the innards of half of the Vanderbilt defense on his way to the end zone. Playing iron man for the rest of the game, Garrett accounts for 5 sacks, 4 rushing touchdowns, and 2 fumbles recovered. 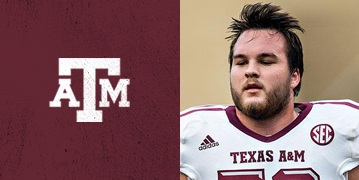 C: He'll have his hands full with Cunningham in the middle. Now would be as good a time as any for the OL to gel against a solid Commodore defense and provide consistent production against a quality opponent. Well, a better time would have been a while back, but still. 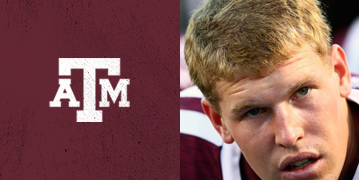 RG: The Vanderbilt defense is ranked 17th in the country. They are physical up front. JC needs to play a mistake-free game stationed between a pair of three-year starters to solidify the line and help the offense solve some of their recent woes. 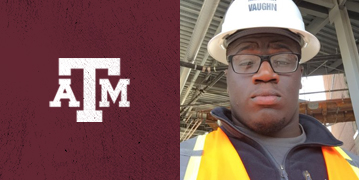 RT: If #74 is still considering going pro early, this would be a good game for him to showcase his skills. Vandy allows a shade over three and a half yards per rush and is in the top half of the conference in sacks. Protecting the edge for [insert QB here] will be important, probably. 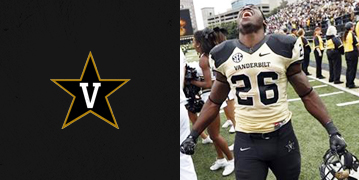 RB: With 1100+ yards of offense he's far and away their most productive player. It's almost like they have an offensive iden---never mind what it's almost like. All the defense has to do is not let them do the one thing they've gotten good at doing. And then also not let them do anything else. 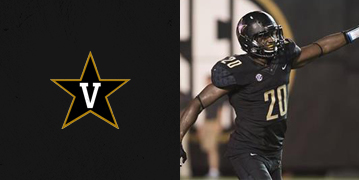 S: The sophomore has three of Vandy's six interceptions this year, and returned one for a TD against Kentucky last week. Perhaps Kyler could sneak onto their half of the field during pregame warmups and throw one right to him to get that out of the way before they're keeping track of that sort of thing. 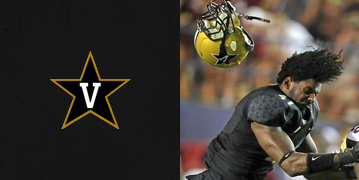 LB: Another sophomore, he's the team leader in tackles, TFL (13.5) and sacks as an inside linebacker. In case you were wondering: an inside linebacker is a player who plays upright a couple yards behind the line of scrimmage and flies to the ball to make tackles and also sometimes drops back into coverage to disrupt passing lanes. 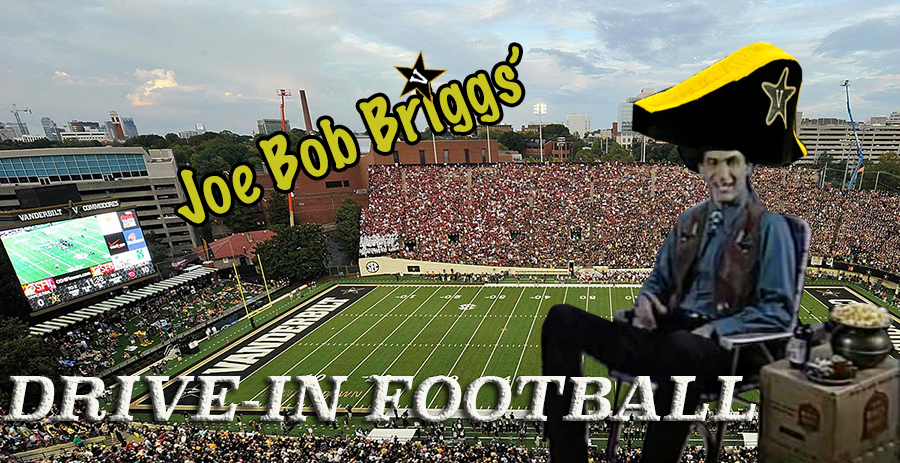 Hey folks, Vanderbilt alum Joe Bob Briggs here. You might be wondering what a world-famous film critic is doing breaking down an SEC football matchup, but make no mistake: we all know deep down this is B-Movie fare at its best.

This game features a pair of zombie offenses: The 'Dores are the "O.Z." or what I call Original Zombie: one of the first corpses from the apocalypse and he's been stumbling around just outside of everyone's vision for the entire season. Texas A&M on the other hand is the rebar pincushion: he's been bludgeoned and nearly dispatched for good a dozen times over but still manages to shuffle on to the next scuffle.

You might think each of these zombies has a little spark in 'em now after a tiny shift of luck last week. I wouldn't wager on it, friends. These two are destined to bumble and bump into each other as ineffectively as a pair of bees hitting each other through a pane of glass.

These stats are from their games against their common opponent, the Ole Miss Rebels. Downright scary stuff, y'all. Tune in for some truly horrifying offense. 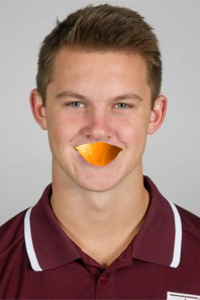 This season Kevin Sumlin's Bugatti offense turned out to be a Honda Civic with a series of increasingly poorly installed body kits and some glasspacks his buddy Spav hooked him up with on the cheap. The only SEC team to score fewer points this season than Vanderbilt is Missouri, and those two teams combine for 3 conference victories. Think of this game as Pop Warner without all those completed passes. Also Kyle Allen's mom forgot to bring orange slices. They're still gonna have an end of the season pizza party at Mr. Gatti's, though. (they have those in Houston, right?) 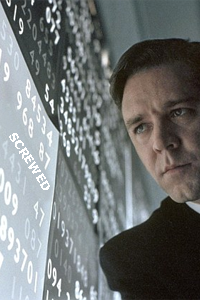 Derek Mason's offense may not be able to score on your very loose sister (who admittedly recently called A&M's defense a tart), but his defense is exactly as advertised when Vandy bought him. Meanwhile, the Chief has his work cut out for him with Vanderbilt's run-heavy offense playing right into the Aggies' "pardon me, ball carrier, but I'm late for a date with the quarterback" defense. Remember kids, L = 2V + 40, where V equals Vandy's rushing yards and L equals the war crime that LSU's Leonard Fournette will be committing Thanksgiving weekend. 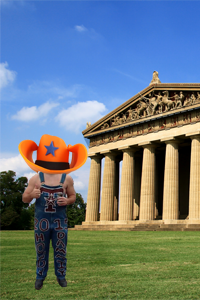 No, not the locals. This weekend Aggies will descend on Nashville to partake of its beauty, fine dining, live music, and boozohol. At least one Ag is bound to cap off his night on Broadway by declaring war on "Nashville country", attempting to play Songs About Texas on an inflatable guitar with Bud Light logos on it, and then waking up to wonder how the hell he ended up in Greece. Commodores, please treat this man gently as he is only confused by your pork barbecue and lush, rolling terrain. 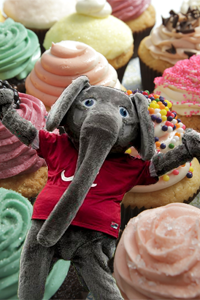 Like the leaves changing color and pumpkin spice ruining all of your beverages, there is no surer sign of the holiday season than the traditional SEC Feast Of St. Cupcake. This weekend most of the league will dine on such diminutive fare as Florida Atlantic, The Citadel, Idaho, Charleston Southern, Georgia Southern, and Kentucky.

Ole Miss and LSU decided to piss a fine stream of mostly ethanol on that tradition this year, choosing instead a top 25 matchup to determine once and for all who got closest to challenging Alabama for its inevitable SEC West title. These two teams have in common that they are both trying to figure out what happened on their golden road to the CFB Playoff. That, and their proclivity for bourbon, fighting in a Waffle House parking lot, and Type II diabetes. 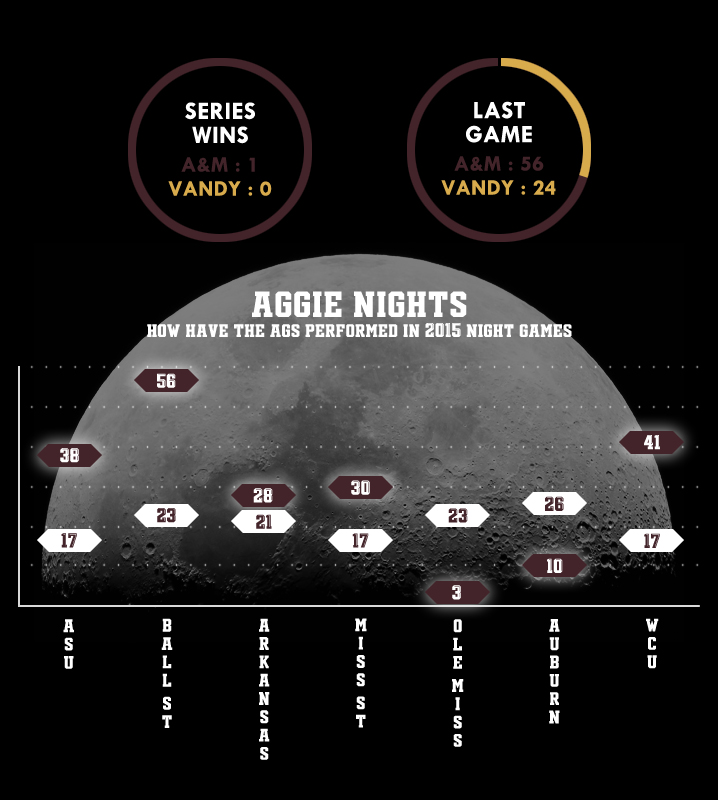 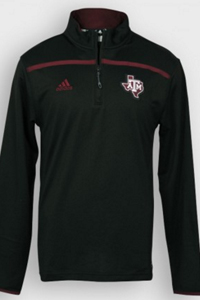 A cold front is passing through Nashville just in time for Saturday's game. There is a low of 26 degrees and the game is at night. LAYERS. Here, try this sideline long-sleever from MaroonU and maybe throw another coat on top of that.

You may know that the offense is susceptible to intermittent cold stalling. Since you'll be wearing sideline apparel, feel free to slip down to field level and call some plays.

Congrats to Kyle B. for winning last week's Columbia Flannel!

Enter to win a FREE a Texas A&M Sideline Longsleeve from MaroonU by completing the form below. 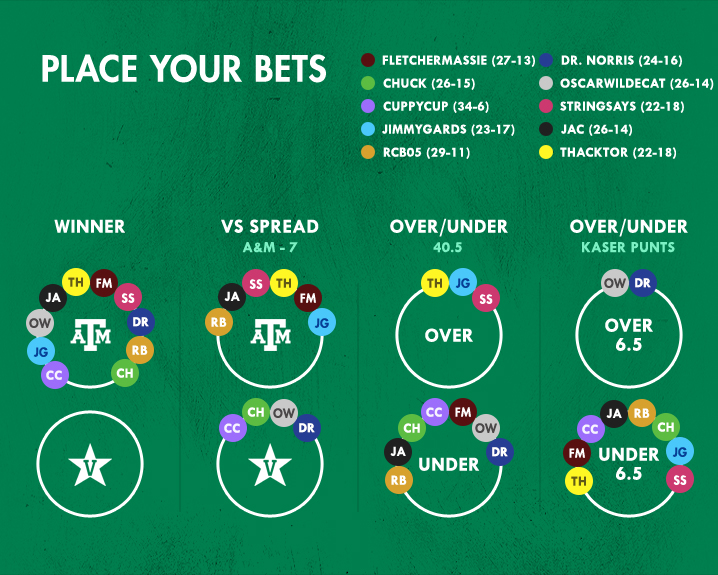 The offense gets some damned tempo again, and runs the Commodores ragged with play after play in a nauseating display of speed. The defensive line tightens up and halts any threat of a Ralph Webb led rushing attack. Drew Kaser does some ballistic stretching on the sideline, and that's the only action our Heisman punter sees all day. I have a bourbon. One.

You ever see that show Nashville? It's like that but with way more rushing yards against the Aggies. The game is close, and the Aggies run through all quarterbacks possible, even trotting out Kaser to see what he has behind center. I have a bottle of bourbon. One. 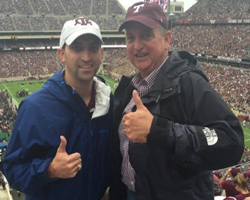 The A&M QB room is nicknamed "The Waffle House" #GBHTailgate 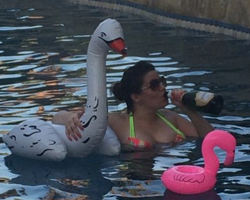 All I want for my birthday is to make the #GBHTailgate 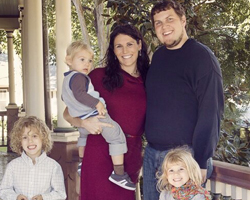 It's appropriate that we are playing the Commodores because our offense is sinking. #GBHTailgate 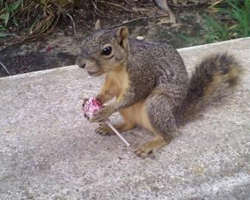 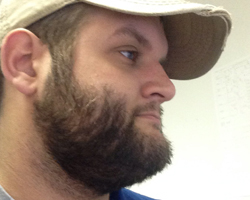 Who is this guy "Vander" and what did he build? #GBHTailgate 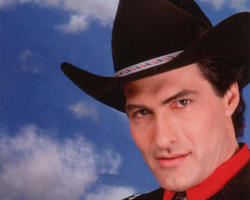 If Big Tex is anatomically correct--and let's hope he is, to avoid transgender issues at the State Fair--his male member would be 55 inches.