THE TAILGATE: A Graphical Preview of Texas A&M at Ole Miss

That was a tough way to lose a game, but I'm over it. Time to get focused on the rest of this season.

11-1 is still possible and it begins with Ole Miss this weekend. Their loss to Memphis could be a trap. This will be our biggest test until the end of the year.

I believe in this team and have no doubt we will walk into Death Valley after Thanksgiving with a 10-1 record, at which point we can all hope that Leonard Fournette is deemed immediately available for NFL Free Agency and is picked up by the Dallas Cowboys.

Let's get to 6-1 first and punch that bowl ticket. YOU ARE NEVER OUT OF THE FIGHT

Share All sharing options for: THE TAILGATE: A Graphical Preview of Texas A&M at Ole Miss 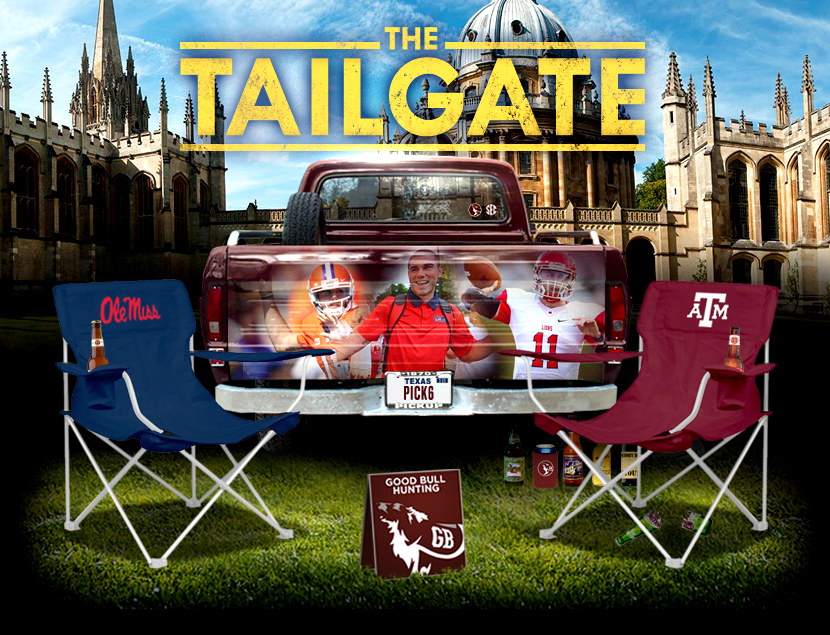 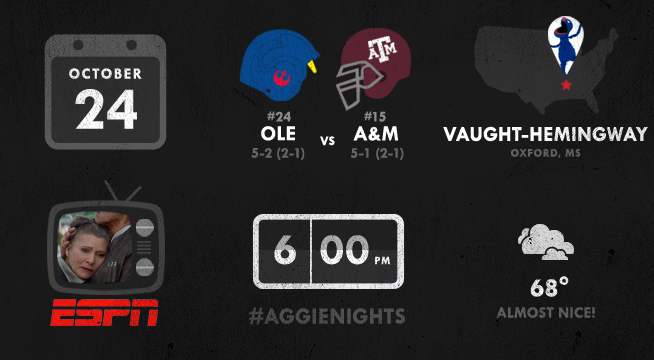 Much like a willing Craigslist poster, that game sucked. Interceptions. Sacks. No running game. It was a rough little Saturday for the Aggies. Thank God the team gets to leave Texas to head to Oxford. I know everyone on the A&M team is psyched about returning for the third time in four years.

I wrote about some weird things yesterday, but I was quickly informed that I had not dug deep enough for Ole Miss. I have to admit, my research this week was suspect, so let me thank @tommybrooker for reading and making the following suggestions about how strange the atmosphere in Oxford really is.

"The town named itself Oxford to try and attract Mississippi's first college," Mr. Brooker tweets. "That’s like naming your son Jefferson and expecting him to become president."

That’s pretty good. It’s also a clutch stalker move, changing your name to attract the object of your desire. It’s right up there with getting a tattoo of something your target casually mentioned slightly enjoying the day before. *stares at "PunkinSpyz4Lyfe" tattoo, single tear forms in eye*

That’s crazy, sir. This is like Colorado saying "you know what? Screw it. Weed is illegal again, but you get all the cocaine and heroin you want, folks. 8 BALLS FOR EVERYONE! YEEE HAWWW"

Let’s beat the hell outta Ole Miss, Aggies. Then let’s be nice and pour some bourbon for their fans. They’ll have had a rough couple of weeks.

I left this section out last week. I am sorry. It is clearly my fault that the Aggies lost the game, and I expect your full wrath on Twitter. Here is your AGP.

"When you drop back to pass and see Myles Garrett bearing down on you, don’t… get frozen!" Coach Freeze says in the worst Schwarzenegger voice you’ve ever heard.

"Christian Kirk has bigtime speed, better make sure you warm up. Wouldn’t want to go out on the field… cold." Coach’s accent is devolving into something resembling an Austrian Christopher Walken.

Special teams coach Batoon has had enough, he offers the coach an opportunity to save face, "OK, that’s enough, Hugh. Let’s get the team hyped. It’s time to take the field."

"Yes, coach. It’s time. Just remember to call a timeout if they have to kick a winning field goal. I’d like Bertolet to have an … ICE DAY." 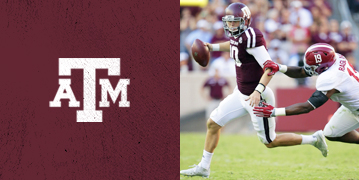 QB: Time to separate the cliches from the football. You don't grow up being groomed for football since you can walk without having the edge that makes you capable of putting mistakes behind you. Well, you might but KA doesn't. Hopefully we'll see an Auburn 2014-type of bloodletting. Or give Tra another look. He didn't throw a pick last week. 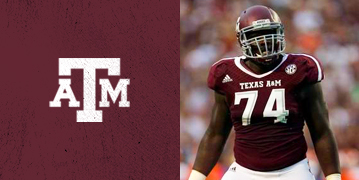 OL: OK...six sacks is too much, even against Alabama. Allen's going to need more time back there, and Ole Miss has a very speedy defense that brings pressure from different places. Shore up that line, hold the rope, et al. If we don't run the dang ball, let's at least pass protect the dang QB. 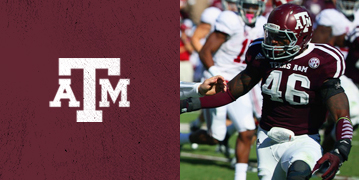 LB: AJ played well against Alabama, at least in the final three-quarters of the game. He's finally hitting full stride as an SEC defender and the timing couldn't be better. Ole Miss doesn't have much of a power run game so we're going to need alert LB play to sniff out misdirection and the like. There is a chance he may be familiar with that from practice. 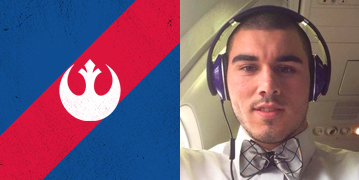 QB: Another journeyman gunslinger has wandered his way down to Oxford. Unlike his predecessor Dr. Bo, Chad has drawn his strength from closely shorn locks. He's the nephew of NFL legend Jim Kelly, and we've touched on football lineage before but this is a distinct advantage. 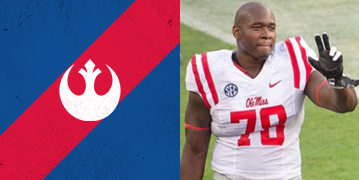 OL: Congratulations, you are finally done being punished arbitrarily by an organization so self-serving and inconsistent it makes an Ed Cunningham broadcast seem enjoyable and informative by comparison. Your reward? Just go out and block Myles Garrett. 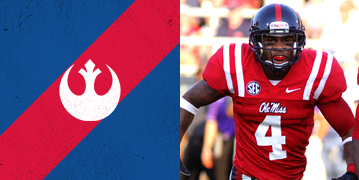 LB: Robert's "big" brother is the team's leading tackler. He's also listed at 5'11" and 207 lbs and potentially missing some of his top fellow defenders. This has mismatch potential written all over it, like RSJ or Reynolds mismatches ideally please. No, it's okay, Denzel. Just cover that guy. He's not that tall or fast IRL. 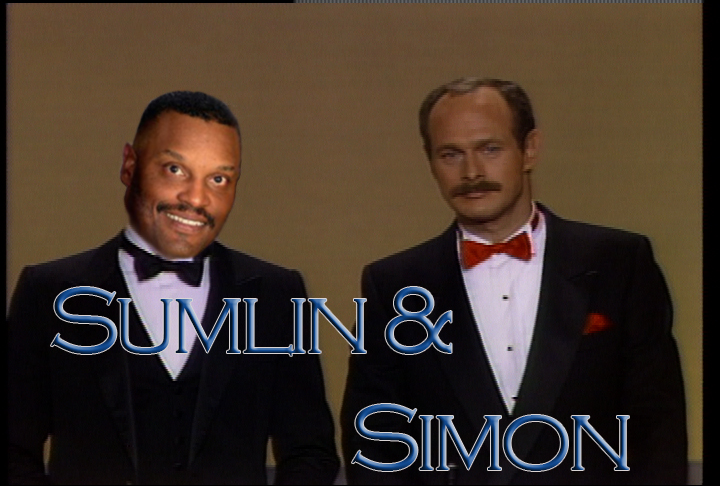 young receptionist played by Bebe Neuwirth, who now stars in the CBS drama Madam Secretary which featured an

appearance by Julie Chen, host of CBS' BIG BROTHER, the most recent season of which featured

Clay Honeycutt, who played football for

Last week Ole Miss lost to an AAC team, which is mortifying until you realize that lots of teams have done that and the AAC has amassed seven victories against Power 5 teams. But a loss like that is just the sort of thing to get the Ags to all run hastily into a childishly obvious trap game. This is still the team that beat Alabama, and now they're all angry and drunk on moonshine and the misconception that their school is respected. 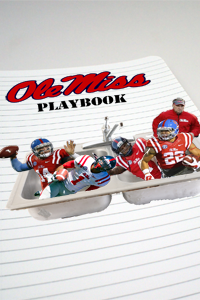 Ole Miss has set the gold standard for non-standard touchdown plays this season. Future NFLer and Piesman Trophy favorite DT Robert Nkemdiche caught a pass and turned it into a 31 yard score earlier in the season. Last week the Rebs' top WR did what Tra Carson meant to do, dropping a nifty pass for a touchdown against Memphis. Look for Hugh Freeze to casually step onto the field after a huddle, declare himself as an eligible receiver, and run a go route for 4 yards before a career-ending back injury. 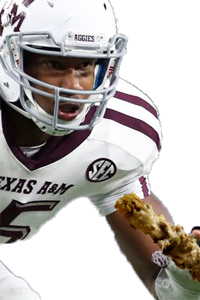 The Aggies have been the fainting goats of college football, freezing up when you run directly at them (last week Derrick Henry completely approximately 1.76 Kessel Runs using that technique). Ole Miss's offense matches up a little more favorably with Texas A&M, and hopefully that will allow the Aggie pass rush to bump their havoc score back up. At this point Myles Garrett could only impress more if he simultaneously covered a slot receiver, sacked the quarterback, and held your spot in line at concessions during the same play. 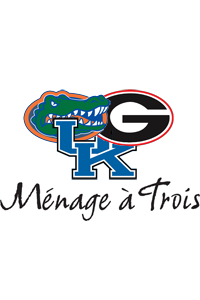 Kentucky is currently sitting at 3rd place in the SEC East with a 2-2 record, but aside from Georgia the remainder of their schedule is very soft and very winnable. If they can beat Georgia and Georgia can beat Florida, we have the mixings for a three-way tie cocktail. If that isn't enough reason to root for Kentucky this weekend, then how about the fact that our ol' buddy Stingray put on his favorite t-shirt and stabbed us in the back? 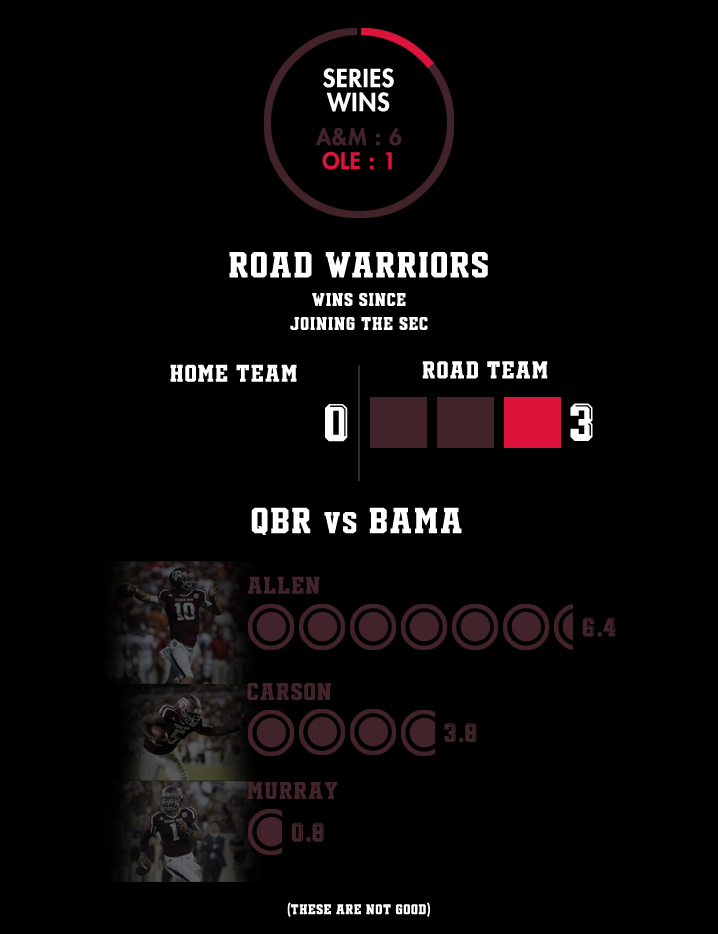 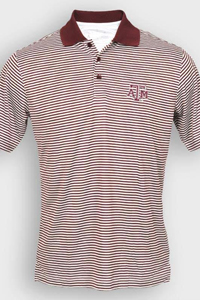 I UNDERSTAND YOU'RE AN OXFORD MAN

If you plan on trekking to Oxford, Mississippi consider leaving your Aggie t-shirts and cargo shorts back home in favor of something sophisticated. This Antigua Striped Polo from MaroonU is perfect for strolling through The Grove or sipping gin rickeys on the front porch back at home.

Stripes, 2015's top fashion trend and Bill Murray's best post-Caddyshack movie, are classy enough for hissing but bold enough for booing. Affix your glasses to some Croakies knowing the world is your Gulf Coast oyster... crack a Pearl beer and undo the top button when you get back to Texas.

Enter to win a FREE Antigua Striped Polo from MaroonU by completing the form below before kickoff on Saturday. 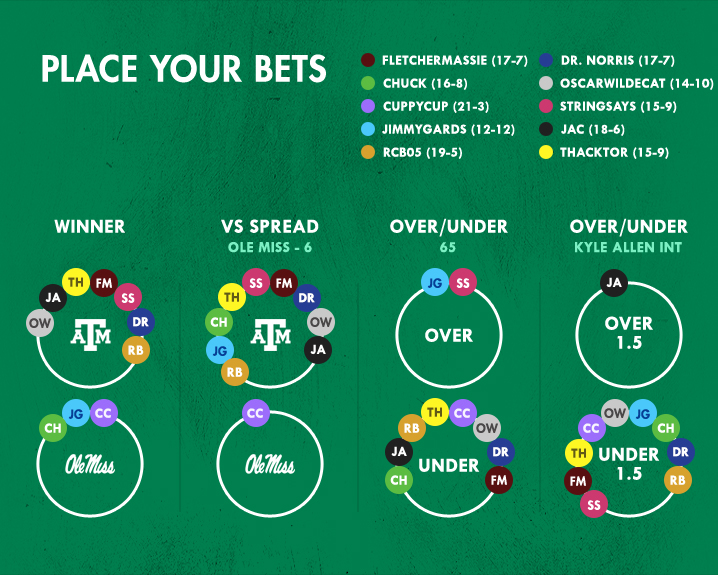 The Offense screws its head back on, and things look fully-operational again. The running game gets a good boost from an offensive line that answers the wake-up call given to them last week. Allen's poise never falters as he is confident and makes every pass you know he can make. The defensive line continues to improve as Myles Garrett racks up yet another conference award. The scenario in the Absurd Game Prediction actually happens, and we get an entire post-game interview worth of frosty puns.

The wheels come completely off the wagon, and the Aggies drop their second game in a row where the lower ranked team is a favorite. That's it. That's the worst case. That and finding out Santa Claus isn't real, but that's never gonna happen. 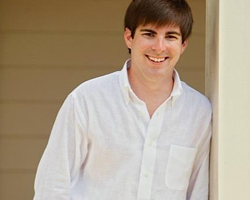 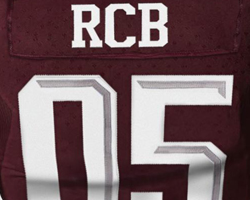 The only good thing to come out of Oxford was a comma. #GBHTailgate 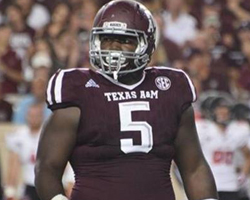 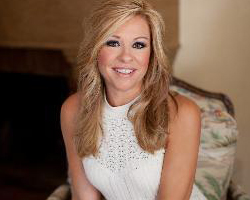 My husband is not showing the same amount of enthusiasm as I am about this eclipse! Hmmmmm...That's unfortunate for him 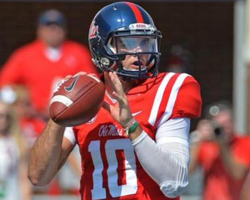