THE TAILGATE: A Graphical Preview of Texas A&M vs Lamar

South Carolina was hot, but Texas is HAWT!

After a long summer its finally time for a weekend of Aggie tailgates and Kevin Damn Sumlin's high-powered offense at the new Kyle Field (make sure to bring some chapstick and a date).

In preparation, crank up some Bun B and check out the TailTrillgate

Share All sharing options for: THE TAILGATE: A Graphical Preview of Texas A&M vs Lamar 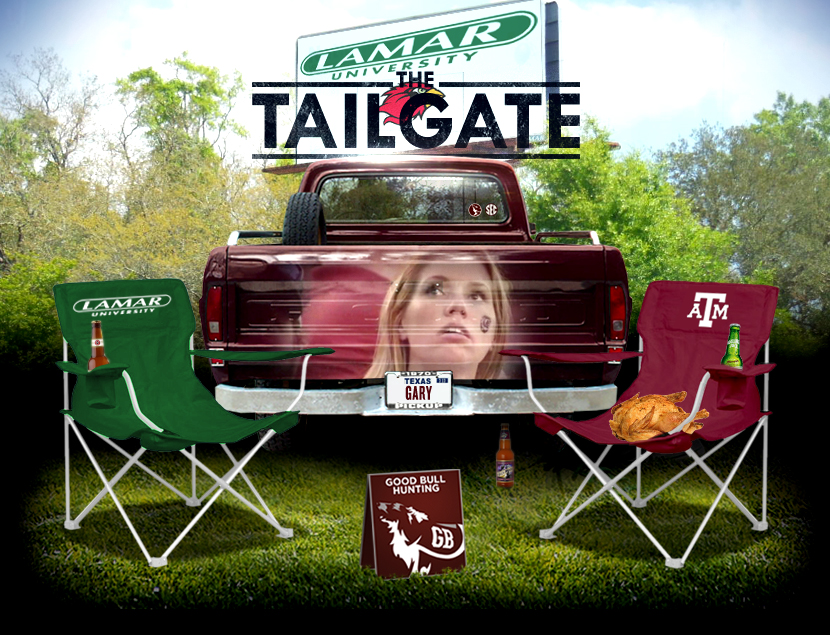 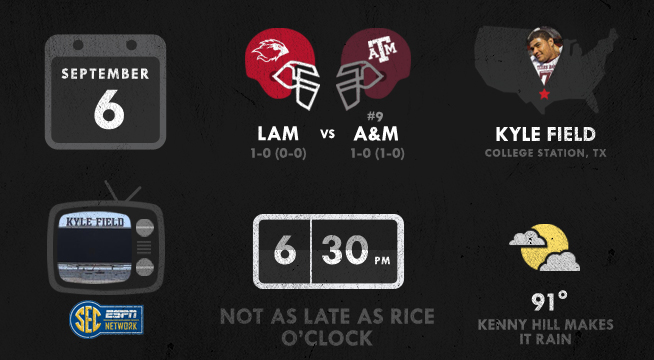 OUT OF CONFERENCE UNINFORMED SMACK

Y'all are feeling pretty good, huh? Having a pretty good little week there? Does the air smell sweeter? Does getting up in the morning feel a little bit easier? Finding it weirdly awesome that when a player announces a preferred nickname that it trends nationwide on Twitter and ESPN sends you a push notification? What the hell planet have we been living on for the past 2 seasons? I LOVE THIS CRAZY ALTERNATE UNIVERSE AND I AM SO GLAD WE ALL TELEPORTED HERE!

I'm really happy that our fine young quarterback has picked a nickname. I do realize that some of our Aggie brothers and sisters may not understand the meaning of Mr. Hill's newly assumed last name. Understanding that these same brothers and sisters are not the type to trust a source named Urban Dictionary, I will quote it here to save you younger Aggies from conversations with older Ags that would stem from anyone falling down the Urban Dictionary black hole of linked definitions. Don't click on Urban Dictionary, older Ags. I linked you up there as a test. You don't want no part of that shit.

"Trill - An adjective used in hip-hop culture to describe someone who is considered to be well-respected, coming from the combination of the words 'true' and 'real'."

From what I saw last Thursday, Kenny Trill really is the truth. 511 yards and 3 touchdowns to 12 different receivers? That's just stupid. But if we're to be brutally honest, the entire offense defined "Trill" last week. I would feel comfortable behind the Texas A&M offensive line walking through a room filled with the methiest, stabbiest, bitiest group of miscreants armed with 5 week-long fingernails and a hankering for the Extra Strength Sudafed I've so ill-advisedly taped all over my body. I have weird hobbies. What I'm saying is that Kenny's in good hands.

But enough gushing about last week, let's talk about Lamar. It's hard to have a conversation about great college towns in America without hearing "Beaumont, TX" said well before day 25 of this epic discussion I've dreamed up to make this joke work. Lamar used to be known as South Park Junior College in the 1930's, so it seems appropriate that a guy named Kenny should be their executioner. Lamar's currently in their fourth season playing football since the team disbanded in 1989, but they did just whip the hell out of Grambling State to the tune of 42-27. In the win, Lamar's quarterback Caleb Berry threw for 389 yards and 5 touchdowns. It looks like the Aggie DBs are about to get some opportunities to show that they learned something from last week. Hell, at least we'll get to watch Armani Watts go guano again.

ABSURD GAME PREDICTION WITH NO NARRATIVE

Mr. Trill sits after 1 quarter, Aggies up 28 - 0. Kyle Allen sits after halftime, Aggies up 46 - 0. Connor McQueen goes Tecmo Bowl for a half. 7 receivers catch TD passes. There are so many yards.

Sumlin nabs 10 recruits during the game after posting a selfie while holding a "Lamar" sweatshirt with the caption, "Does Advertising Work? JUST DID! #YESSIR" There's my requisite billboard joke.

Myles Garrett receives a communication from his real parents on Krypton, decides to look into that after the season.

Something is going to piss off a small contingency of Aggies. They will bitch about it on a message board as if the world is ending for one solid week and then completely forget about it when something more minuscule pisses them off.

A group of embittered fans will send Charlie Strong a relaxing gift basket consisting of scented candles, a cleansing facial mask, bath salts (not the Florida kind), and two packets of Gatorade powder. Sometimes you just need a bath.

The Aggie defense accounts for two touchdowns, 5 sacks, 12 tackles for loss and a brief moment of inspiration as they save a stray kitten from certain injury after having frolicked onto the field during play. Mr. Panda Face is a rascal! Yes he is! Run along, you little scamp.

To gather more informed smack, cuppycup visited the official website of Lamar Athletics and brought back this animated screenshot.

Roll over the screenshot to view Lamar's official website in all its glory. 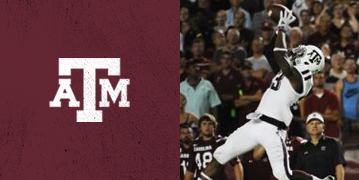 FS: Talk about a debut. This true freshman is going to be a force for us in the secondary for a few years. Bring on those wheel routes, Lamar. You hear that? That's footsteps. 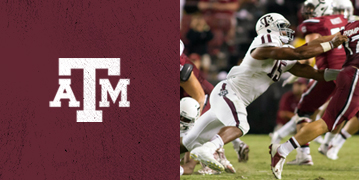 DE: Time to unleash hell. Let's get him some reps and some confidence this September. If he can excel against South Carolina, the SEC is his oyster. 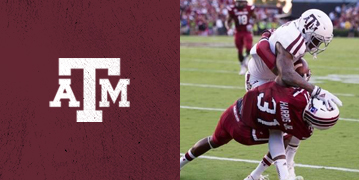 KR: C'mon, Speedy, return a kick for a touchdown already. What's taking you so long? 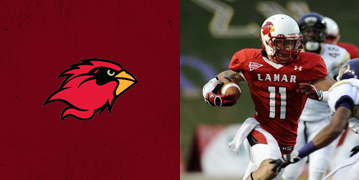 PR: The Oklahoma State transfer has played all over the field, including at wideout and defensive back, but his strength is returning punts. Kaser should avoid giving this guy any chance at a return. (Yeah right like we'll punt.) 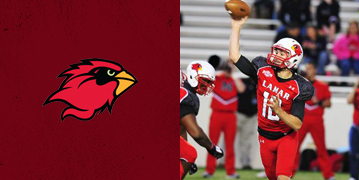 QB: The senior signal caller set a school record for career TD passes last week against Grambling. Myles Garrett is feeling a mean berry craving coming on. We should sack this guy. 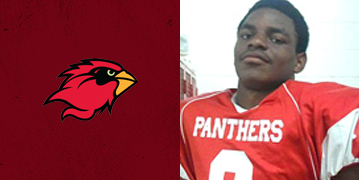 DB: The sophomore ball hawk had 11 tackles, a sack, a forced fumble, and an interception against Grambling. Not too worried, though: he can't even wear the right team's jersey. 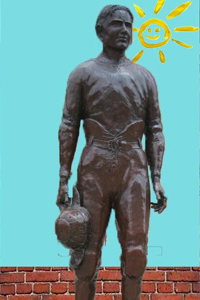 The artist concepts, teaser trailers, illegal drone videos, and private tours are finally over. The Partially-New Kyle Field 4.5 is now open to the public and Kevin Sumlin, Kenny Hill, and a host of atomic super-receivers are ready to take that new maroon turf out for a spin and see if they can get this bitch up on two wheels. With the south end zone closed in for the first time in history you can expect this stadium to be VERY LOUD… for at least two drives. At a price tag of $450MM we spared no expense, so one can only assume that we used real brick for the façade – unlike our neighbors to the north. First person to locate GBH secret world headquarters will receive a free coozie to be delivered to your house by the end of the 2027 football season. 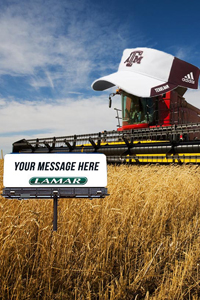 For once in their lives the sports media are admitting that they were just possibly maybe wrong about A&M’s offense being destitute without Mr. Football at the helm. Coach Damn spent the offseason puttering around in his garage replacing many of the whirling sharp things in his run-heavy-air-raid death thresher and now appears to have it running even better after taking off the restrictor plate. If we are lucky and Lamar is particularly unlucky, we may get a sneak peak of the future’s future with some garbage time featuring a certain QB who should not be underestimated. 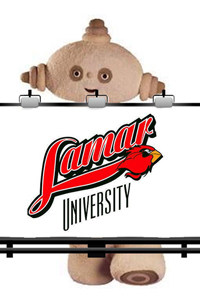 This is a confusing opponent: they live in Bryan, they wear maroon, and they root for Texas A&M. It seems like a trap, but there’s good news Ags. Jake Spavital seems to have his head in the right place, and it appears that we are not the only ones who are uniting against the Lamar Billboard People. 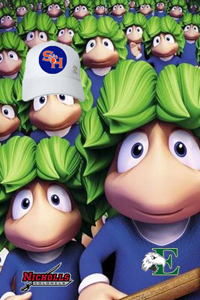 Last week the SEC answered the accusations of weak conference scheduling by calmly going 8-1 in non-conference play including victories over #14 Wisconsin and #16 Clemson – the best performance by any conference in the opener. This week it’s back to business as usual as the SEC finds a nice cozy spot in their laurels, grabs an ice cold Gatorade, and lines up a series of sacrifices to the god of schedule padding. Arkansas State, Toledo, FAU, UAB, Ohio, Eastern Michigan, Nicholls State, ECU, SJSU, and SHSU have joined Lamar in the financially sound decision to march single file off the SEC cliff for $20. The lone conference matchup features a highly touted Ole Miss team led by the most beautiful mane in college football heading to Nashville to take on Vanderbilt. The Commodores are reeling after being dismantled by Temple (you read that right) and are hoping that Coach Derek Mason can get them back on to that winning thing he spoke so much about this summer. 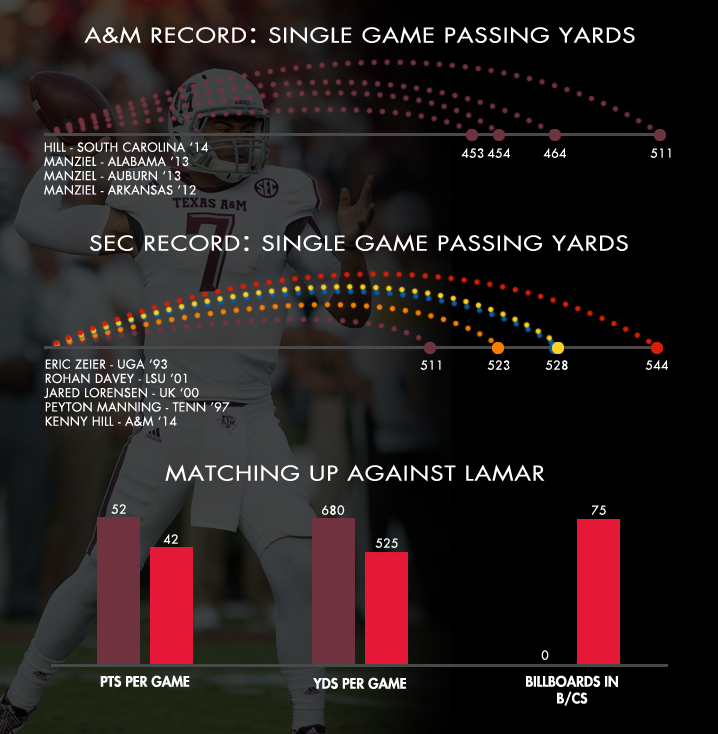 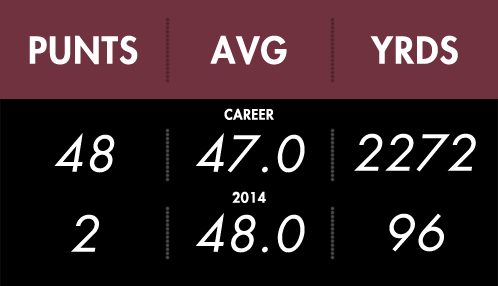 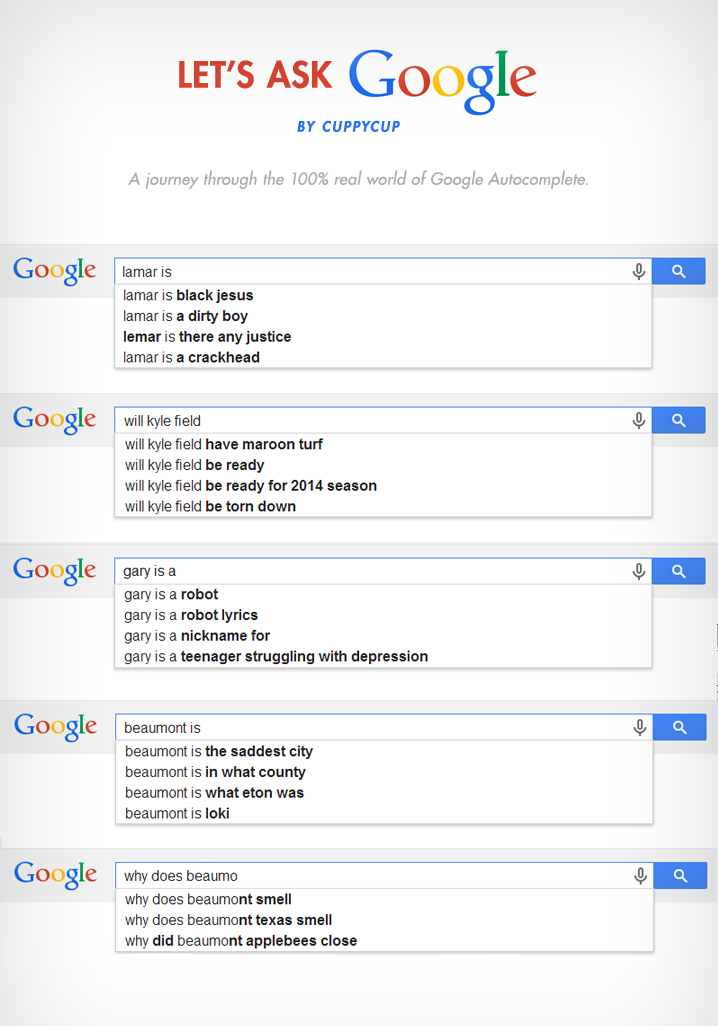 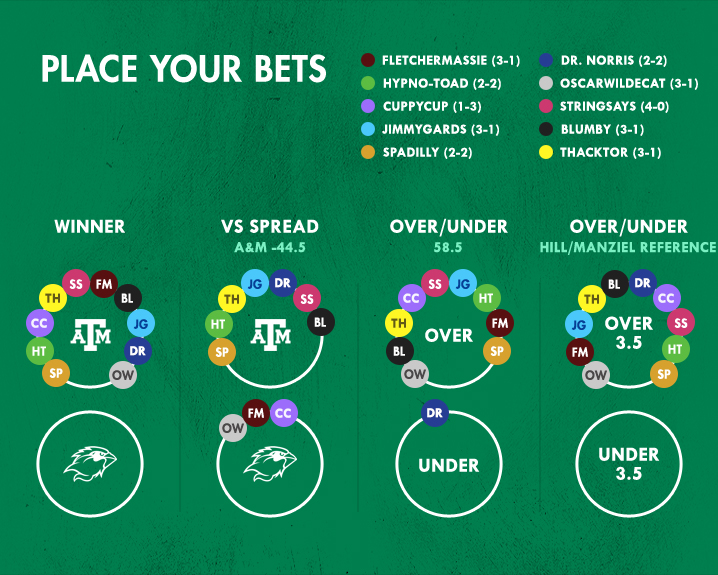 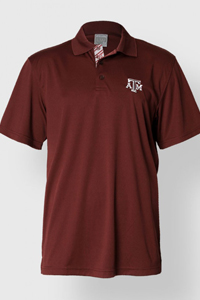 Have you ever heard on the Good Bull Hunting Facebook page that you’re not classy? I know I have. Well, we’re in luck because wardrobe upgrades are much easier and more satisfying than adopting high standards of behavior. This knit polo with a Texas A&M logo on the chest and fancy necktape application will have you dressing to the nines for your ninth-ranked Aggies.

Aggie Football is in vogue with some sparkling new amenities at Kyle Field, but fans also need a redevelopment of our slovenly appearances. After all, the new video board isn’t going to distract the people in your section from your 2004 Maroon Out shirt. Upgrade yourself with this polo.

Text GOODBULL to 55000 on 9/3 for a chance to win a polo from Aggieland Outfitters.

The Aggies look great after one game and are playing Lamar on the SEC Network. You can watch our OOC games. Remember the last few years of the Big XII when you couldn't do that and didn't have as sunny of an outlook on the season? What more do you want from a best case scenario? OK, how about no injuries and some signs of defensive improvement in a blowout victory? You'll take it? Same here.

Lamar scores more than 10 points and there's a REALLY long line to the bathroom when you have to go in the 1st quarter. Should have listened to that little voice in your head after tailgating, huh, Slugger? Now you're standing in line missing the Sumlin offense in action with the added bonus of an uncomfortable pressure on your bladder. Boy, don't you feel stupid? Next time, you'll hit the head on the way in. Live and learn. 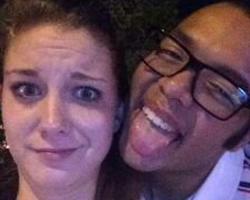 Can't wait for Sumlin's Gatorade bath after the big W on Saturday. #GBHTailgate 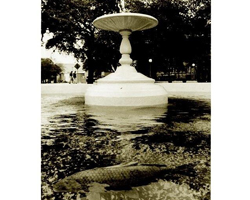 Sumlin told players that if he gets a Gatorade bath this weekend, there will be a sled day on Monday. #GBHTailgate 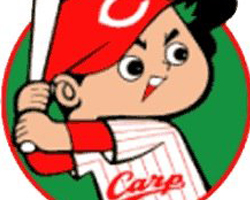 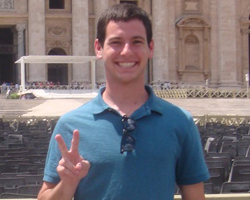 I love these cupcake teams like Lamar, Rice, and South Carolina. #GBHTailgate 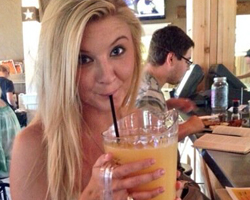 'Cause that defense is gonna be soft & get toasted. #GBHTailgate 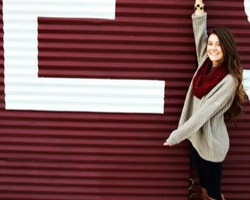 I haven't even had my first class of the day and I already got a parking ticket. #GBHTailgate