Around The SEC - Week Three

It took three weeks, but we were finally served up a slate of games that gave us a better feel for where the SEC stands.

Share All sharing options for: Around The SEC - Week Three

What we learned -  Gary Pinkel has a solid, if not spectacular squad.   While Maty Mauk has displayed flashes of greatness at times, I'm still not sold on him as a bona fide star.  Regardless, the Tigers were impressive yesterday, grinding down a scrappy Central Florida team.

Interesting Statistic - The opportunistic Missouri defense forced 4 turnovers.  Last season the Tigers led the SEC with a +16 margin. They are already +6 on the year, and have forced a turnover in an amazing 47 consecutive games.

What we learned -  Vandy is not all dead.  Just mostly dead!  The Commodores anchored down and rallied to overcome the Minutemen in the fourth quarter.  Patton Robinette looks like he will be Vandy's QB from here on out.

Interesting Statistic -  Apparently, this is what 33,386 people looks like.

I do want to take this opportunity to send a shoutout to the nice Vandy defensive lineman who gave me a hug after I missed a potential game tying kick from only 22 yards out.

What we learned - The BERTFENSE™ will devour anything in its path if you can't stop the run. The Hogs ran roughshod over the Red Raiders yesterday, with Alex Collins and Jonathan Williams leading the Hogs to 438 yards rushing on 68 attempts and 7 rushing TDs.  BERT, college football purists can only get so erect. The Hogs do one thing and do it well.  If you can't stop the run, particularly on first down, they will grind you to dust.

Interesting Statistic - Since moving to Arkansas, BERT is 1-0 against the Big 12 and 0-9 against the SEC.

What we learned - South Carolina is still good at football.  The Gamecocks victory, coupled with ECU's triumph over the Hokies, leads us to believe that Hatin' Ass Spurrier and his squad will contend for the SEC East crown.  Still, Georgia probably should have won this game, but for as lucky as Les Miles is....Mark Richt is just as unlucky.  He will never have control. We also learned that Jeremy Pruitt is no miracle worker, and the Georgia secondary will struggle against the pass.  Fortunately for the Dawgs, they don't face any fearsome air attacks the rest of the way (with apologies to Maty Mauk and Mizzou).  Georgia's season will now likely turn on the outcome of their November 15 showdown with Auburn.

Interesting Statistic -  The Gamecocks converted only 2 of 9 third down attempts, but punted only twice.

What do you have to say about the game Coach?

This is just beautiful OBC. https://t.co/0vxKDsfEad

What we learned - Kentucky has improved, and Florida has not. The Gators were given all they could handle by the Wildcats, finally prevailing in 3 OT.  The Gators converted a 4th and 7 in the first overtime, despite snapping the ball after the play clock expired.  The Gator's defense is solid, but the offense couldn't manage a TD until the latter part of the third quarter. COACH PUNCHO'S seat has to be scorching right now.  As for the Wildcats, they continue to impress me with their improvement.  The UK/Tennessee game at the end of the year could likely determine the bowl eligibility of both teams.

Interesting Statistic -  Kentucky hasn't beaten Florida since 1986, and hasn't won in the Swamp since 1979.  So close.

What we learned - The Rebels looked every bit of a Top 15 team Saturday, cruising over the preseason Sun Belt favorite, Louisiana- Lafayette, 56-15.  Dr. Bo Wallace is playing at an All-SEC level.   While I had high hopes for Mark Hudspeth's Ragin' Cajuns before this season, we can't read too much into the Rebels' win due to the Cajuns' loss to Skip Holtz and La Tech last week.  Obviously, they aren't who we thought they were.

Interesting Statistic - LaQuon Treadwell continues to remain relatively silent, and only had 4 catches for 48 yards.

We will find out what the Rebels are really made of in two weeks when they host Alabama.  Until then, shine on, Dr. Bo, you crazy diamond, because you're worth it. 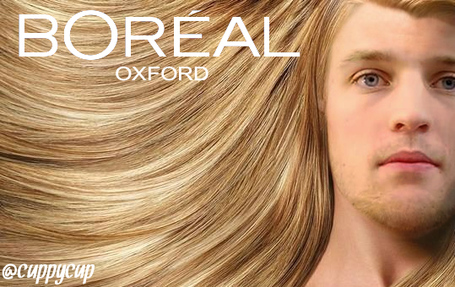 What we learned - I didn't catch any of this game live, so I just know what the numbers tell me.  Accordingly, I direct you to the good people at For Whom The Cowbell Tolls and their reaction to the 35-3 win over the Jaguars. Dak Prescott had a good game, with over 201 yards passing and 139 rushing.  The Bulldogs defensive line also impressed.

Interesting Statistic - The Bulldogs were forced to punt 6 times.

What we learned -  Nothing of substance.  Bama played it close to the vest against an inferior opponent, rolling up yardage on the ground with a fairly vanilla package.  It appears that Blake Sims has the edge over Jacob Coker in the QB competition. Rightly so, in my opinion, he's been a lot better than I expected so far.

What we learned - The LSU offense continues to have issues.  The Tigers' offense sputtered throughout, and the Warhawks held the Tigers to 10 first half points, forcing three 3 and outs, four punts, and intercepting Anthony Jennings, who never looked comfortable.  The Tigers' defense was impressive though, holding ULM to a grand total of 93 yards.

Interesting Statistic -  LSU only had three WR's with a reception.  Travin Dural had 6 catches, with true freshmen John Diarse and Trey Quinn managing 2 each.

What we learned -  The young Vols are not ready for prime time.  Still, UT hung tough for awhile against the Sooners. Highly touted freshman RB Jalen Hurd continues to emerge as the primary ball carrier for the Vols.  As much as we love to give Big Game Bob grief for his hatred of the SEC, the Sooners are a well-coached squad, and should push for a spot in the inaugural CFB playoff.

Interesting Statistic - Despite fielding an incredibly inexperienced team at a hostile road environment, Tennessee was only penalized once for ten yards.  Impressive discipline, that.

1. Auburn - Managed a tie this week versus the mighty Bye.  They travel to Manhattan, KS on Thursday for a matchup with the Wizard, Bill Snyder.

2. Alabama - I can't wait for the next week's battle of wits between Kiffin and Muschamp.

3. Texas A&M - While it wasn't always pretty, the Aggies smartly held out several key players, including center Mike Matthews and MLB Jordan Mastrogiovanni.  We still managed to prevail handily with relative ease.  Defensive concerns remain, and how we hold up against the Hogs rushing attack in two weeks will be telling.

4. LSU - An UGLY offensive performance.  Still, that John Chavis has the Tiger defense looking formidable once again. The Tigers have registered back to back shutouts, allowed only 283 total yards passing ALL SEASON, and NO passing TD's.

5. Ole Miss - Doing what they need to do.  For those keeping score, the Rebels are a Top 15 team and only 5th in the SEC West.  Unfair.

6. Mississippi State - They stay here until they beat someone good.

7. Arkansas -  Quality win on the road against Tech.  Start up the SEC chant, Hog fans. Still, the lack of a passing game and a suspect defense will be too much to overcome against the SEC.

1.  Georgia -  Yes, I know they lost to South Carolina.  However, they really shouldn't have, and Tood Gurley and Co. are still my favorites in the East.  They have the deepest roster, and an easy road from here out, with only Mizzou and Auburn as significant tests.  If they can win those games, they should make it to Atlanta, thanks to the Aggies' win over South Carolina.

2. South Carolina - The Gamecocks showed their mettle Saturday.  You just can't keep the OBC down.  I hope he is in his office right now, enjoying a nice Coors banquet beer and working on his putting stroke.

3.  Mizzou -  Best of luck, Indiana,  you're gonna need it.  I'd like to see Gameday visit Columbia, South Carolina, when the Tigers come calling in two weeks.

4. Tennessee -  Why not.  Butch Jones' squad plays tough, and is growing up fast.  Plus, they get the Gators at home.

5. Florida - Yes, Coach Muschamp, I dropped you guys down 2 spots despite your defending The Swamp against the hated Wildcats.  You are in first place in the East and yet 5th in the Lucas Jackson rankings! Your reaction, sir?

6. Kentucky - I feel for Kentucky fans today.  You missed your chance to end The Swamp losing streak.  In two years, PUNCHO will be gone, and you will have a new coach to treat with.  Good luck, I'll be pulling for you.

7. Vanderbilt - Congrats to Coach Mason on his first win as head coach.  Savor it, there won't be many more this year.