ESPN released the bracket for the Puerto Rico Tip-Off this morning. The Aggies will face the Dayton Flyers in the tournament opener at 10:30AM ET on November 20th. 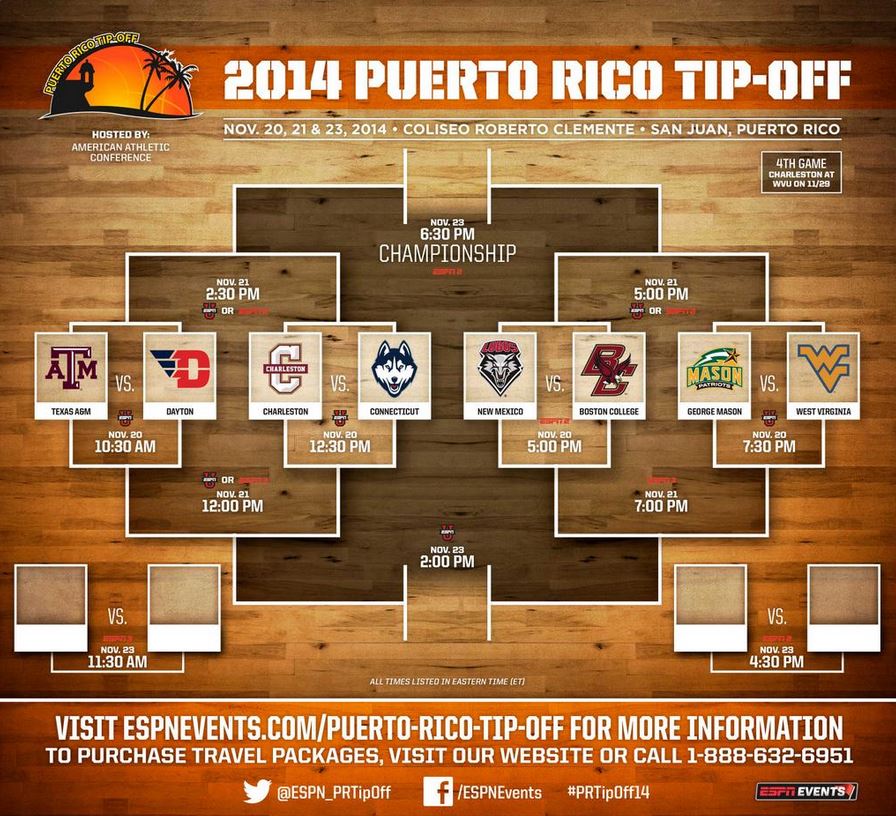 My quick analysis is that the Aggies will see at least three games in Puerto Rico. A lot of college hoops fans don't really know what to expect from Dayton next season, but the NCAA Tournament run to the Elite 8 should show everyone to not underestimate Archie Miller and the direction his program is on. On equal footing, absolutely nobody knows what to expect from the Aggies this season neither. Some analysts had tabbed Billy Kennedy's squad as a sleeper pick for the NCAA Tournament this coming season, but most of those predictions have been pulled back with the departure of leading scorer Jamal Jones. Even if you assume a loss against Dayton, the Aggies will absolutely be favored against a College of Charleston program that simply isn't very good. From a talent level alone, the Aggies should move on past that game. That would pit the Ags against either New Mexico, George Mason, Boston College, or West Virginia to make it to the 5th place game.

The Puerto Rick Tip-Off isn't going to be flooded with talent this year, but it will certainly be a solid test for where the Aggie Basketball program stands in Billy Kennedy's fourth season as the head man. Either way, I'll be making the trip to Puerto Rico to take in the festivities and I'm definitely looking forward to it. GBH Meetup, anyone?