The head man of a 4-8 operation earned some major cred in Austin with an astute observation that got all the hangers-on amped for the Stronghorns.

Gary Patterson on UT: "The hardest part about Austin is they fired a guy at 8-4, and down the road they give a raise at 8-4 (Kevin Sumlin)."

You see, in Austin they mean business. You only have 16 years to win the league twice. Can't handle the heat? Get out of the 40 Acre kitchen, mister. Have a banner year, beat one ranked team, and go 8-4? Get your ass canned and given a cush job in the athletic department. That's how cutthroat things are in Austin, kemosabe. Why do you think Nick Saban passed on $100 million?

It's best to just look at two rivals' 8-4 records in a vacuum and completely neglect things like program trajectory, recruiting, conference strength, etc. By this measure, Patterson's pay cut must have been massive after going 4-8.

Patterson's quote is sure to rally the same burnt orange folks who would prefer to hang athletic department balance sheets as banners at DKR.

"We can complain because Rose bushes have thorns, or rejoice because thorn brushes have roses." Abraham Lincoln 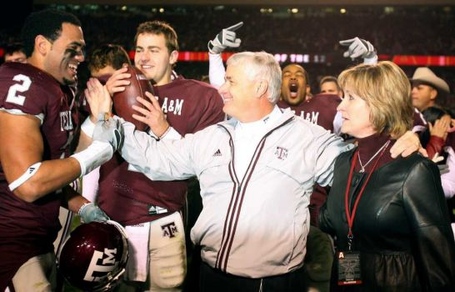 Is the offseason done?