A&M "carmouflage" soccer kit in honor of USA vs. Belgium

Or zubaz, if you prefer. Here's another Texas A&M soccer kit to get the people going because the World Cup excitement is not enough.

Share All sharing options for: A&M "carmouflage" soccer kit in honor of USA vs. Belgium

Today the United States takes on Belgium in the knockout rounds of the FIFA World Cup (go to our World Cup open thread to discuss). When the tournament first started we brought you these super snazzy and super fictional Texas A&M World Cup uniforms, and we could think of no better way to show our support for Team USA than to unveil an alternate uniform for a university that doesn't even have a men's soccer program.

The first ones were great, but I had a fever. I thought it might have been malaria, but was told by my physician that the only prescription was more carmouflage. Just like the previous uniforms, this one is modeled by an Aggie Football hero. Thank you to the ghost of E. King Gill for taking time out of his busy schedule of haunting the Heldenfels building. 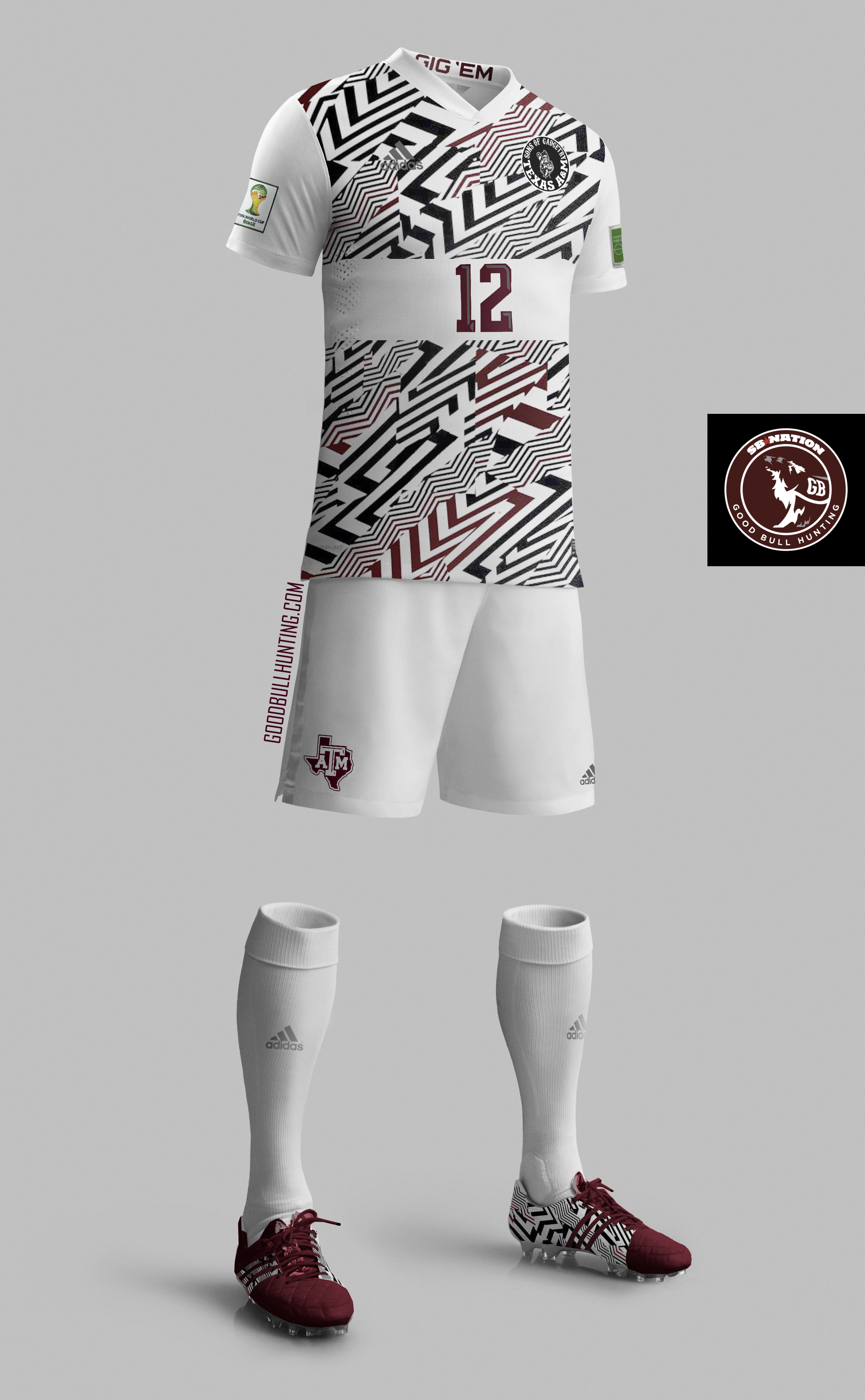 Now get to the open thread to talk more soccer football soccer.