World Cup Open Thread - USA in the Knockout Round!

The knockout rounds of the World Cup are now underway, and we've already seen 2 of the 4 games go to a penalty shootout. The USA will take on Belgium tomorrow afternoon in their second consecutive World Cup Round of 16 appearance.

Share All sharing options for: World Cup Open Thread - USA in the Knockout Round!

WE. DID. IT. Despite actually losing Thursday's game to the Germans by a 1-0 scoreline, the USA emerged from the so-called Group of Death in second place thanks to Portugal's win over Ghana. It marked the first time in US Soccer history that the Americans have made it out of the group stage in consecutive World Cups. Now that the group stage is finished, it becomes a whole new tournament. The USA gets set for a Tuesday afternoon showdown with Group H winners, and a very individually talented, Belgium. Can the Yanks continue their run in Brazil?! Let's chat. 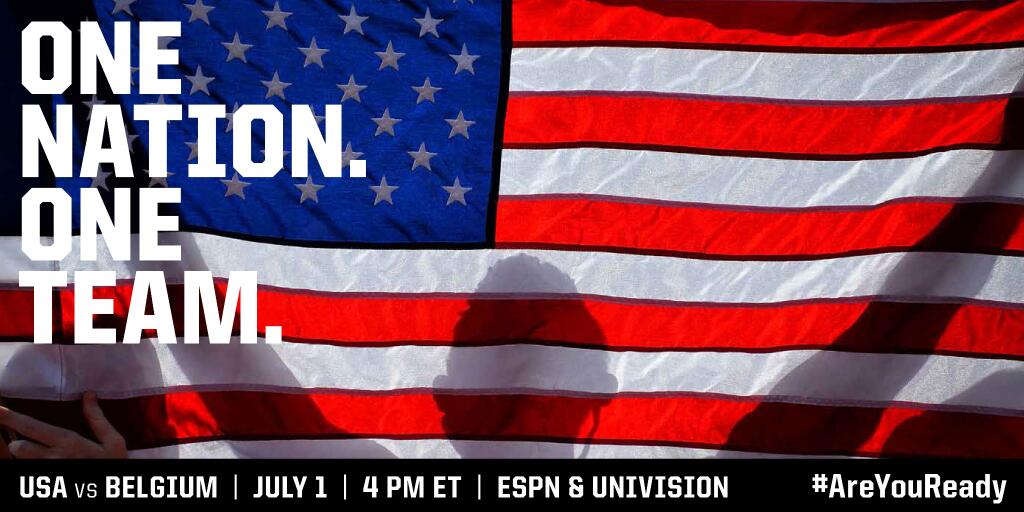