Junior guard Jamal Jones, who left the Aggie basketball team this offseason, went on the offensive Saturday afternoon on Twitter.

Jamal Jones announced he was leaving the Aggie Basketball program following the firing of Billy Kennedy's assistant coach Glynn Cyprien. Jones led the Aggies in scoring last season, so his departure was surprising to most Aggie hoops fans. His announcement and subsequent tweets were quite gracious, but on Saturday afternoon Jones began to attack A&M's program.

Today's tweets are quite a 180 from Jones' tweets immediately following his decision to transfer. 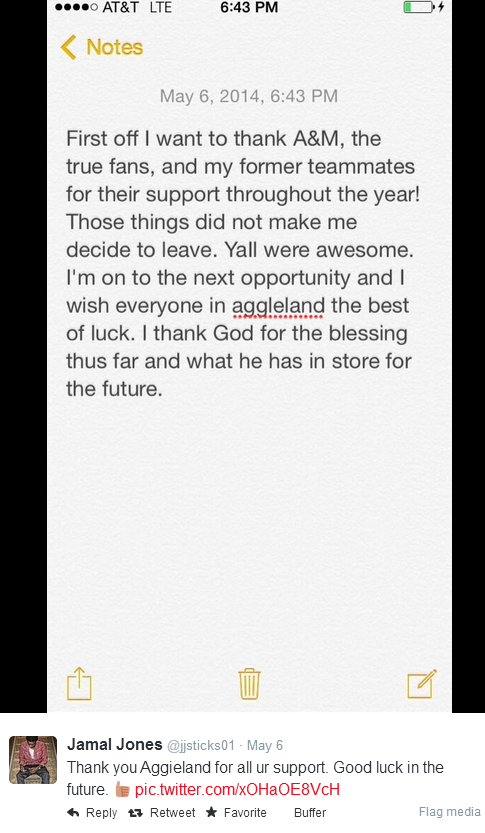 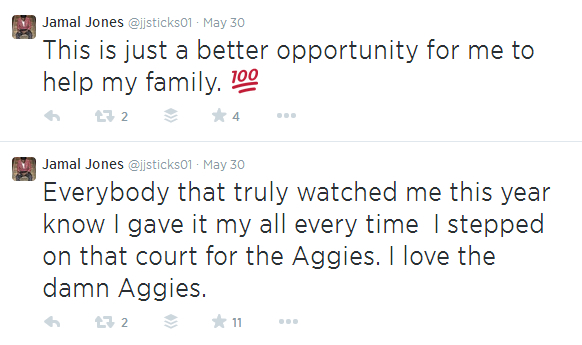 Let's see if any reporters take Jones up on his offer to tell the whole story.