After months of anticipation for the 2014 NFL Draft, Johnny Manziel's transition to the pros ended in the quarterback purgatory that is the Cleveland Browns

There were a lot of theories about how the night would go for Johnny. The general consensus was that Manziel would go in the top 10 to one of a handful of teams that desperately need an upgrade at quarterback. Back in September, I predicted that the Browns would draft Manziel with their second first-round pick, but I expected that it would come after a trade up into the top 15. Going #22 after the run Johnny had in college isn't a bad or unexpected result, but the way the night unfolded was hard to watch.

The Houston Texans, after spending the entirety of their selection clock looking for a trade down, used their number one pick to select the athletic freak that is Jadeveon Clowney. Even after the Manziel lobbying by Houston natives, the pick didn't come as a surprise. The general expectation from most Texas A&M fans was that Manziel would fall to either Jacksonville (3), Cleveland (4), Oakland (5), Tampa Bay (7), or Minnesota (8).

Jacksonville at 3 pulled the first QB of the draft, opting for Blake Bortles, the Florida native who had a surge up the draft boards in early 2014, instead of Manziel. It felt like the top 5 QB rush was on, and that the Cleveland Browns would pull the trigger on Manziel after talking him up during the off-season.

Instead, the Cleveland Browns did the unexpected by trading the 4th pick to the Buffalo Bills for first and fourth round picks in 2015. It felt like a bit of a gamble. Oakland decided to grab a value pick by selecting Khalil Mack, one of the best pass rushers in this draft. Johnny then watched former teammates Jake Matthews and Mike Evans go to Atlanta and Tampa Bay, respectively. With 3 of the top rated QB's still available, Cleveland and Minnesota decided to use their top 10 picks to fill other needs and wait to make a move at QB later in the draft.

The period between the end of the NFL season and the Draft is always littered with rumors from the war rooms of every team. In 2014, one that created a stir was that the Cowboys would do whatever it takes to draft Johnny Manziel. After all of the Cowboys games Manziel attended last year, and with Jerry Jones' love of shiny objects, it didn't seem like a stretch that there would be some mutual admiration between the two.

Jerry Jones must be ready to gnaw off his own arm with Johnny Manziel inching closer to No. 16.

Before the draft, it seemed highly unlikely that Manziel would fall out of the top 10, but tonight, that's exactly what happened. After the 15th pick in the NFL Draft, the Dallas Cowboys were on the clock. For 10 minutes, social media was going into a full meltdown. With Romo signing a huge contract with the Cowboys in the off-season, and with the Cowboys defense in shambles, Jerry Jones taking Manziel with a first-round pick is exactly what we've come to expect at this point. It felt like the whole draft night came down to this decision.

This is all about whether Jerry Jones marries Johnny Football....

With the 16th pick in the draft, the Dallas Cowboys select... Zach Martin, OT Notre Dame.

After the Cowboys pick, ESPN knew right where to head.

ESPN went to Manziel twice before rolling the Zack Martin film package, then came out of the package to another Manziel shot before cutting to a commercial. On the return, they came in with packages of Aaron Rodgers' and Geno Smith's draft days, thus setting the narrative that this is already an epic fall down the boards. We got to see Manziel another 2 times before the Ravens #17 pick. Even LeBron took notice of it after his playoff game:

Cowboys fan LeBron James on Johnny Manziel: "I was watching in the back and hoping they took him, but..."

The Johnny Manziel haters started to get loud, the Aggie faithful started trying to rationalize how Johnny would slide, and ESPN made sure to build it into the story we'll all hear about for the next 3 days by making Johnny the focal point of the evening. If the Cowboys would have picked Manziel, it would have saved his whole night. Instead, the Internet started to light on fire.

After the top 10 was over, the hashtag #BeforeManzielGetsDrafted started to gain some traction on Twitter. After the Cowboys passed on him an hour later, it exploded: 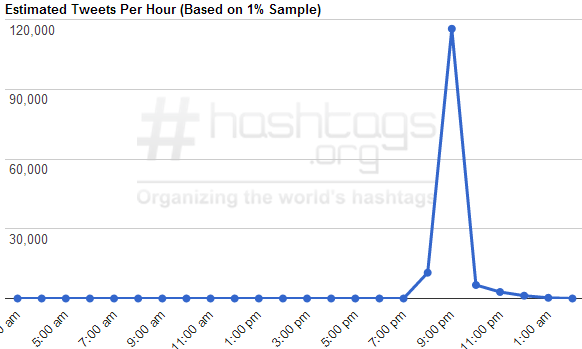 To be fair, there were some pretty good ones:

When it was all said and done, the Browns traded with the Philadelphia Eagles to move into the 22nd position, and they finally picked up the guy who they've wanted for the last nine months. The slide down from the 8/9th draft picks to the 22nd cost Manziel an estimated $12 million in rookie contract salary. To add insult to injury, it also came out that the Vikings were also trying to trade with the Eagles for the 22nd spot, but were outbid.

As the attempt to deal up with the Eagles would suggest, Johnny Manziel was indeed the No. 1 quarterback on the Vikings' board.

As soon as they traded out of the #4 pick, the Browns started to play their hand masterfully to pick up the QB they wanted at a discount. Since drafting Tim Couch in the 1999 draft, Cleveland has been a pit of despair for the position, going through 19 starters in 14 years. Johnny looked thrilled when he found out that he's coming in on the back end of that drought:

Cleveland still needs a hell of a lot of work to put together a team that can compete, but I'm going to end this by looking at the positives of Johnny going to the Browns:

At the end of the day, being drafted 22nd overall isn't bad for Manziel. Considering that out of high school he was struggling to find a D1 offer, and had no guarantees of being a starter at A&M before his sophomore season, going anywhere in the first round of the draft is a hell of an accomplishment. His attitude is what got him this far, and it may be the shot in the arm that Browns and their fans need to put together a competent team.

"I'm going to pour my heart out for this team and for this city, and I believe it'll all work out." - Johnny Manziel