Johnny Manziel waited for a long time to be drafted and ended up going to Cleveland.

Okay, so cashing out may not be the best way to describe Johnny Manziel's draft night. He still ended up being a first round pick for Texas A&M, and he'll certainly be the face of the Cleveland Browns. 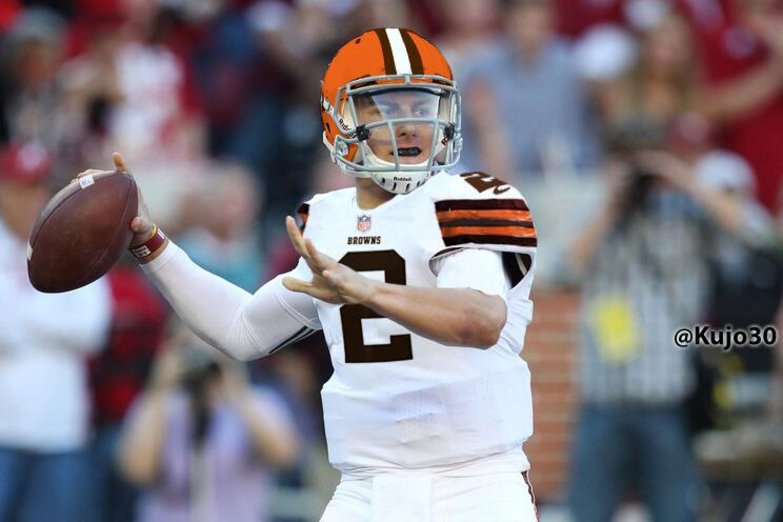 WHAT CLEVELAND CAN EXPECT by Ranger222

Many see Johnny as a pure "boom or bust" pick. I don't quite see it that way. If the Browns try to force him to be like every other quarterback, it is going to be a rough relationship that might even end in divorce at some point. But if the Browns are willing to adapt their offense to his strengths and let him play freely, it will work out well for both sides. I almost feel like Johnny will be better playing for a defensive head coach like Mike Pettine, someone who isn't going to be too concerned about what is going on with the offense. Someone who would be fine with Johnny making plays and not caring how many QB rules he broke to make them.