Kyler Murray, rated as the top dual-threat quarterback prospect in the country, will announce his commitment at 2:45 p.m. today. Texas A&M and Oregon are rumored to be the two schools in the running, and while A&M is considered the favorite, the Aggies are leaving no stone unturned to secure the commitment of the legacy recruit.

As such, former Texas A&M quarterbacks and first round picks Johnny Manziel and Ryan Tannehill have gone undercover at Allen High School to befriend Murray and persuade him to come to College Station. Since today is commitment today, they busted out their lucky icy whites. 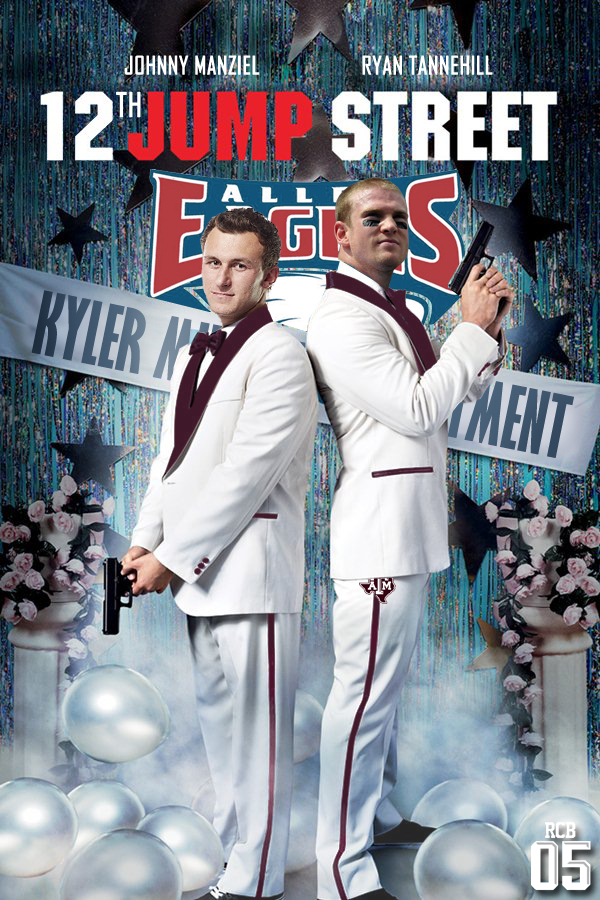 This is believed to be a completely novel idea that has never been done before in law enforcement, television or cinema.