Hello, folks. If you're like me you know that there are exactly 98 days left until Aggie football. This is horrifying on the outside, and only made slightly more bearable by the fact that 90% of the other schools have to wait a whole hundred days. It's also something you don't casually mention in mixed company (meaning people who don't obsess over college football).

And so I have compiled this helpful list of lesser-known holidays we can all embrace. It even starts today!

May 22: National Maritime Day.  This holiday was created to recognize the maritime industry. It's traditionally celebrated with picnics and stuff in cities with big ports like San Diego, Baltimore, and Seattle. If you happen to not live near a big port, just have a picnic anyway, or watch Speed 2, which is about a big ship that can't slow down and is only marginally worse than the original Speed.

June 1: Statehood Day, Kentucky and Tennessee. Don't live in either of those two states? Who cares? The SEC is one big happy family, and just because we won't visit either of those venues possibly until one of them is good at football again doesn't mean we shouldn't learn about their history. For example: Kentucky has very specific laws about selling baby chickens and rabbits.

June 11: Kamehameha Day. This guy had to balance ruling a bunch of islands with dealing with a bunch of British sailors nagging him all the time. Overall he did a pretty good job, which is why he gets Hawaii to shut down for a day every year in his name. Wear a lei. Pour a dark rum. Do something beachy, I don't know.

June 21: June Solstice. Sure, it's been a hundred degrees for a month already. But it's just the first day of summer. I think they used to have rituals or something at Stonehenge thousands of years ago, but amateur recreations are not encouraged.

July 27: Parents' Day. Thank the ol' Mom and Pop for all they've done now that you're old enough to admit they are sometimes right about stuff. And if not, lock yourself in your room and listen to Will Smith on a loop.

August 19: National Aviation Day. Celebrate this year by building your own remote-control airplane or helicopter, installing a camera, and capturing your very own Kyle Field construction aerial footage.

BONUS POINTS FOR THE TC MODEL: 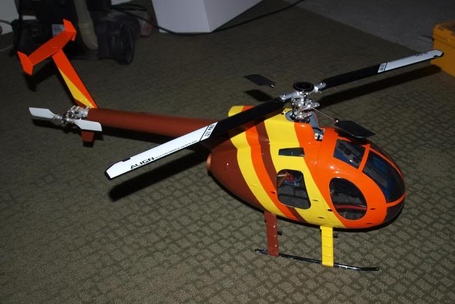 August 26: National Dog Day. Take a moment to paws and reflect. Don't be afraid to unleash your feelings. Relax. It's two days until football.

Was your favorite obscure holiday left out? Have you created your very own holiday for the off-season? Let us know in the comments.