Ricky Seals-Jones Arrested: How can we blame Coach Sumlin and Johnny Manziel?

Expected-to-be-all-world wide receiver Ricky Seals-Jones for Texas A&M was arrested for disorderly conduct on Saturday night. How can we blame people who draw a lot of traffic to our website from search engines? Hottest college co-eds. Emma Stone.

Share All sharing options for: Ricky Seals-Jones Arrested: How can we blame Coach Sumlin and Johnny Manziel?

I was perusing TexAgs.com this morning to see which Texas A&M football players were arrested last night, and learned that Ricky Seals-Jones was picked up for Disorderly Conduct (Language). It is unclear at this time whether this crime is classified as a felony or a late April Fool's Day joke.

Since collegiate athletes are above the law, we must find out who is responsible for this transgression. The College Station Police Department has a long history of arresting star athletes for crimes such as milking another person's cow and reckless hatlessness. In late March, the police heroically arrested prospective starting quarterback Kenny Hill for public napping, saving countless innocent citizens from taking selfies with Hill's limp body. Is CSPD too quick to arrest athletic persons? Sources tell us that in a similar situation, standard operating procedure for Austin PD is to invite the athlete to an afterparty.

But I will not blame the CSPD for this arrest, as we do not know what language Mr. Seals-Jones used with peace officers. We can only speculate that it was something like, "Nice bicycle, assbutt." Instead, responsibility lies with Head Football Coach Kevin Sumlin for lack of linguistic control. Thanks to lax discipline and a wild practice atmosphere, Texas A&M is taking the lead in The Fulmer Cup competition for most off-season arrests. 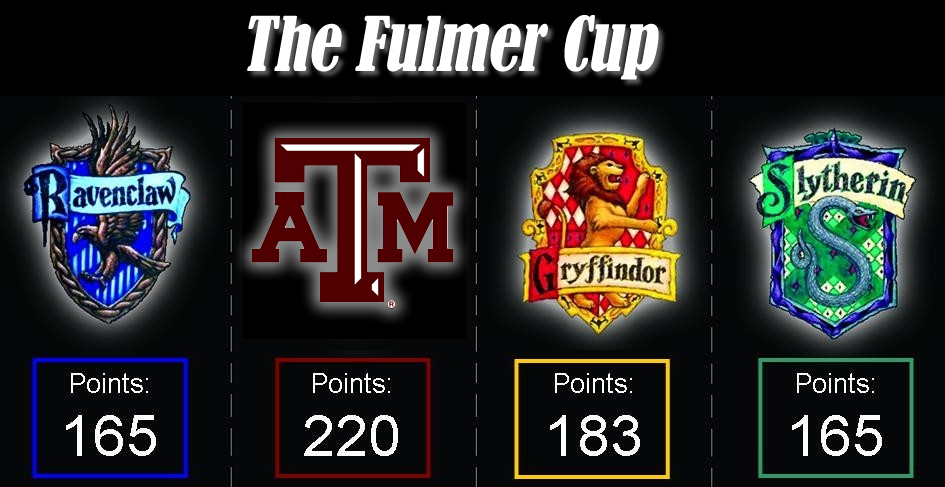 It is well-documented that Texas A&M Football practices are polluted by foul language. This sample playlist from Spring Practice includes songs with lyrics such as "I got a 100 motherfuckers that I’m better than" and "T-raww, fuck y'all, money tall, dick large." It is fair to assume that Mr. Seals-Jones developed a positive connection with these words. If you believe this is an isolated incident, see the following tweet from Heisman Trophy winner Johnny Manziel: 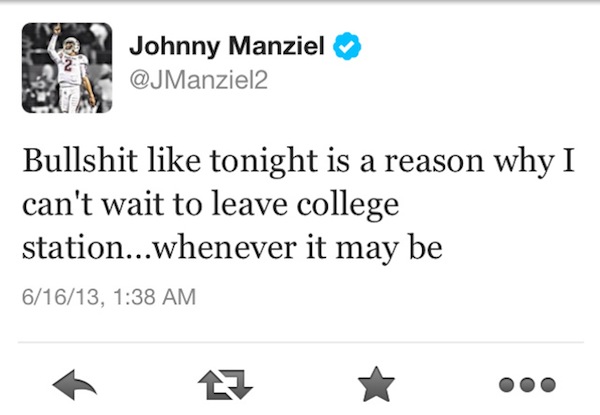 Head Coach Kevin Sumlin was unreachable for comment as he was arrested on similar charges Sunday morning on a California recruiting trip. He reportedly used profane language in an eating establishment called Damburgers.

"Let me get a Double Dam Cheeseburger," the Aggie coach reportedly told astonished employees just seconds before the FBI burst through the restaurant's doors and whisked him away for questioning.

"I didn't think it was that big of a deal," said Ann Sanchez, the manager on duty. "It's printed right there on the menu."

Noted football enthusiast Emily Post once said, "The habit of swearing, all too easily acquired, becomes hard to stop. It is a habit which is offensive to listeners as well as damaging to the speaker whose speech it defiles." Believe that shit.