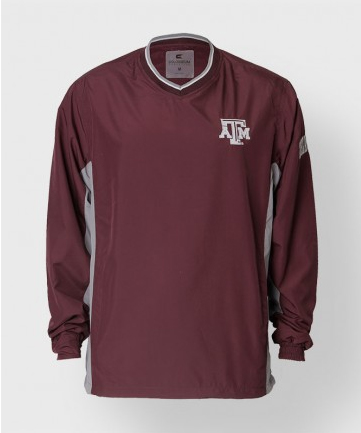 Wow. Just..... wow. So many emotions. It's time to sift through the rubble and figure out what the hell just happened.

There are a ton of late game shenanigans to discuss, but I should note that we played a great first half on the road for the first time all season. Granted, Mizzou really didn't look right in the opening frame... but we capitalized and built a ten point halftime advantage. Jamal Jones (16 points / 6-16 FG) led the way for the Aggies and Jabari Brown (20 points / 5-12 FG / 9-11 FT) paced the Tigers.

Antwan Space (8 points / 2 assists / 2 steals), Alex Caruso (13 points / 4 assists / 5 steals), and Kourtney Roberson (10 points / 9 rebounds) maintained the Aggies lead for the first 6-7 minutes of the second half, but that pesky, familiar A&M road swoon hit shortly thereafter. The Tigers jumped at the opportunity, putting together an 11-2 run over the middle portion of the half to make their first real challenge of the night. A&M steadied the ship at this point and never relinquished the lead as we approached the stretch run. Nice mid-range shooting by Caruso and Jones was supplemented by Roberson's tenacity on the blocks to keep the Tigers at bay entering the final minutes.

Earnest Ross (7 points / 5 rebounds) forces a drive and gets fouled, hitting one of two free throws. Caruso brings the ball up, but after a stagnant possession his lofted pass is picked off by Ross. Antwan Space instinctively grabs him, earning his 5th foul (a "clear path to the basket" foul at that). Ross hits both, and Blake McDonald checks in as Space sits down.

A&M slows down on the ensuing possession and gets the ball to Jamal Jones moving towards the basket... and he hits a great shot in traffic with 25 seconds remaining, pushing the A&M lead back up to three. Mizzou runs an admittedly nice play against our man defense to get a quick bucket with 16 seconds left, and our Aggies turn the ball over on the inbounds pass.

Yes again. Well, kind of. Mizzou refused our gift of an extra possession, choosing instead to commit a travelling violation with eight seconds remaining. I was thoroughly dumbfounded. There were too many competing factors to consider. Aggie road basketball, the SEC randomness in general... and #Haith.

Our first attempt to inbound the ball after the Tiger turnover goes horribly, and we barely eek out a timeout. The second attempt is going just about as poorly when Mizzou fouls Jones off the ball and send him to the line. Jones misses the front end of a one-and-one, and Jordan Green fouls MU's Ross on the defensive rebound. Ninety feet from his own basket. We all love Green's aggression, but aggression has its time and place. This was a mental lapse at the wrong time.

Ross hits both free throws, Caruso rushes the ball into the frontcourt, and Kennedy calls his last timeout with four seconds remaining.

The Aggies are about to inbound the ball... and the game clock starts early. Because of course it did. The referees rush to the monitor, take a couple of minutes to sort everything out, and put the appropriate amount of time back on the clock. Our real inbounds attempt goes to Roberson at the high post, and as he makes a strong move the ball gets poked out of bounds as both sides claim possession.

Man, this call was close. The first look showed Mizzou poking the ball out, the closer look showed Roberson touching the ball as it got away from him, and the third ultra-zoom look captured a Tiger barely grazing the ball after Roberson's gamble. The refs got this one right, and awarded A&M the ball with 2.2 remaining.

With Caruso under the basket, a pick is set for Jordan Green and he flashes hard to the rim. MU's Ross deflects the pass, saves the ball, and Mizzou runs the clock out in front of a delirious home crowd. Only... let's take a second look at where he was when he "saved" the basketball. 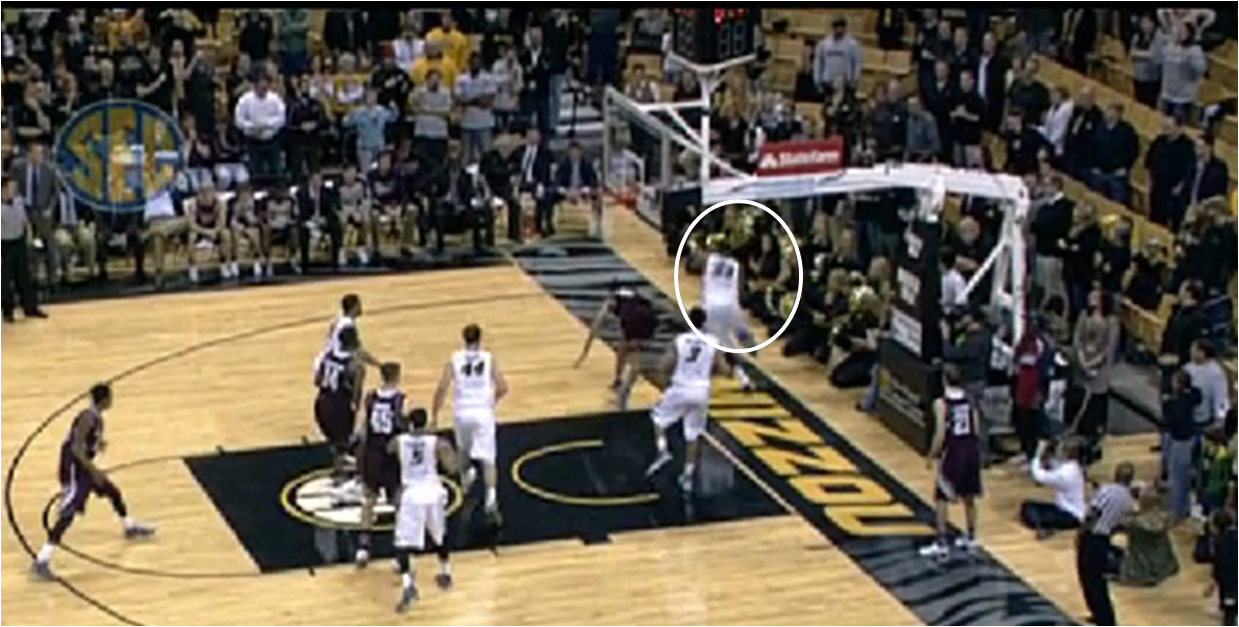 Oh, ok. He's clearly out of bounds. I mean, clearly. Just so, so far out of bounds. The most amount of out of bounds you can be without purchasing a game ticket. Surely, after the refs convene they will give A&M the ball on the opposite mark, right?

Nope. This ball game was over. After another extended replay session the refs jog off the court, leaving a stunned A&M squad to stumble their way through the handshake line. Fuck, this one hurt.

The final SEC game of the season is this Saturday at Reed Arena. If you're in town, please try to make it a point to get to Reed and send the Seniors off right against Auburn.