Aggies in the CBI: All the Emotions

First there was disgust. Then anger. Now, optimism has found its way back in.

Share All sharing options for: Aggies in the CBI: All the Emotions

Let's start off with what we know. There's only a small handful of people that are happy with where the Aggie Basketball program is right now. The 2013-2014 season was less than mediocre against one of the easiest schedules we're likely to see for the next decade. The news started coming out a few days ago that Texas A&M Athletic Director Eric Hyman had accepted a bid to play in the College Basketball Invitational, the CBI. The instant reaction from the fanbase ranged from, "What's a CBI," to , "Is this the level of performance our AD considers acceptable?" Again, let's focus on what we know here. The fall from grace for Aggie Hoops was beautifully outlined by gigthem08 yesterday. Being happy about the CBI is the equivalent of being happy about getting fired from your dream job and ending up in a far less-exciting, lower-paying job that you hate, but hey at least you have a paycheck coming in. Just ignore the fact that you're shelling out some major coin just to work in this new crap job. Now that the stage is set, let me continue.

I'm happy for this team that we are playing in the CBI. Yep, you read that correctly. These last three seasons have sucked. There's no way to sugarcoat it. As unhappy as the fans are with the performance on the court, you know the guys in the locker room feel even worse about it. The CBI is an opportunity for this team to get back on the court a few more times (hopefully) and fight together to put some sense of a cherry on top of the season. Let's focus on a few guys that we're glad to see get some more playing time this season. 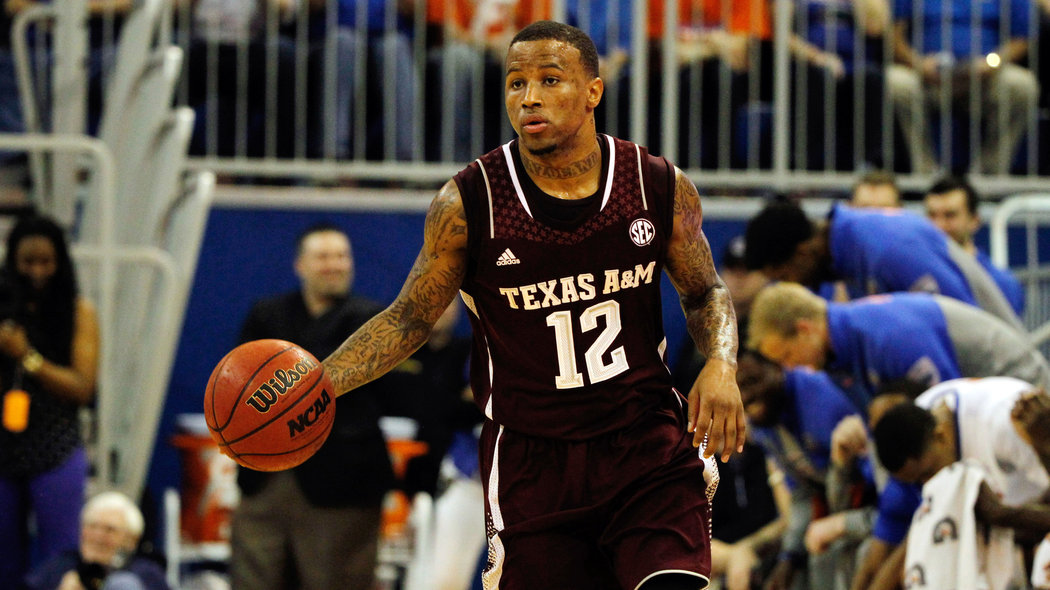 "I walk with confidence everywhere I go. I’ll have my headphones in and will dance around while walking to class. I feel safe. It’s like a little slice of heaven." - Fabyon on life in College Station compared to where he grew up in Chicago.

In what was probably the most overlooked thing during the loss to Missouri in the SEC Tournament last week, it was clear that Fabyon Harris did not want this season to be over. This is a young man that has been through more in his life already than 99.999% of us will ever have to live through.

This kid loves the game of basketball, and he loves Texas A&M. The game was out of reach in the second overtime against Missouri, but Fabyon was pushing the ball up the court trying to make something, anything happen as what seemed to be the final seconds of his collegiate basketball career coming to an end. Knowing his story and what he has fought through made that tough to watch. The worst case scenario is that Fabyon now gets to finish his career on his home court in front of his Aggie family. That ain't so bad.

Does this one really need any context? Caruso had the game of his life against Missouri putting up 28 points, and only 6 of those came in the overtime periods. 8 rebounds, 7 assists, 3 steals, 5 for 9 from behind the arc, and 7-9 from the free throw line. His performance had hoops analysts from across the country taking notice of his game.

Hope this Caruso kid 4 A&M gets locked in a gym this summer w only a ball. No lifting or anything else. Just SHOOT - all summer. Good plyr.

Caruso also played all 50 minutes of the game. This kid is a warrior on the floor out there for the Aggies, and he's doing all of this playing out of position. These extra minutes during the CBI will only help Caruso with his all-around game when incoming PG Alex Robinson is ready to take over the position next season. I've been saying since watching him play in the Westlake Classic a few years ago, but Caruso is a consistent jumper away from being a solid NBA prospect.

Minutes, minutes, and more minutes. Space is still looking for his comfort level on the court, and it's evident when he catches the ball while posting up. For starters, he calls for the ball too far off the blocks. He's also slow to react to the position of his defender when the ball is fed to him. Space can provide the Aggies with a go-to stretch 4, and we saw that a couple of times against Missouri. I'm not talking about a stretch 4 in the sense that a lot of people look at it now; a Power Forward shooting three pointers all the time. Space needs to utilize his soft jumper more in the 15-18 feet range. Now, to be clear, I'm not saying stop shooting threes (Tennessee fans are). That should be where Space is operating and getting comfortable. A few other things have to happen for this to really take off, like a functional offense that doesn't limit the big men to setting screens outside the three point line and serving as pivot passers at the top of the key (this is for a whole different conversation we'll have soon). These minutes are going to help Space get more confident in his game outside the paint, which will go a long way to improving the Aggies' scoring distribution next season.

So there you have it. The dust has settled on the reaction to the CBI. I'm happy for the guys on the team that they get to continue their season, get a few more practices under their belts, and try to send the seniors off on a much better note. If you're a student, just show up to Reed Arena tomorrow with your student ID and you're in. Parking, yeah, that's free too. It's time to put aside the apathetic view on the post-season tournament and stand behind the players over these next few games.