The Aggie Mount Rushmore is Complete

Here they are. The four greatest Aggie heroes forever cast in stone, in a photo, on a blog.

Share All sharing options for: The Aggie Mount Rushmore is Complete

It is finally complete. It took hours of @rcb05 photoshopping months of blasting and chiseling stone to finish, but the Aggie Mount Rushmore is now looking over the great lands of America from atop the might peak of Good Bull Hunting. Here is the final voting breakdown: 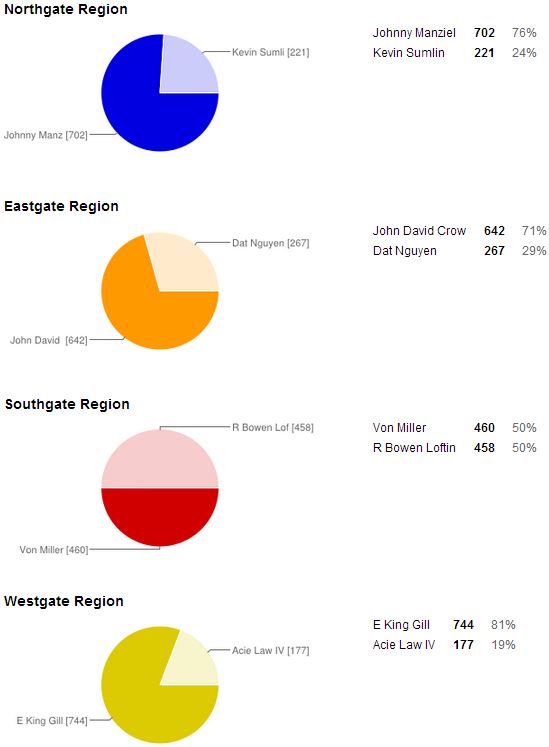 Need I say anymore? It all started one balmy September day when a myth of a man referred to as "Johnny Football" took a chance with his life. Mister Football put his life, his future Heisman, and the future of Texas A&M Football on the line as he darted around Wellborn Road traffic like it was an SEC defensive line to rescue a young kitten. That's right, the Aggies were one sorority chick SnapChatting-while-driving away from all the magic being but a dream. Alas, Johnny saved the kitten, and his campaign towards being etched in stone began. After saving the kitten, winning the Heisman as a redshirt Freshman, capturing lightning in a bottle in Tuscaloosa, breaking countless NCAA and SEC records, showing the nation just how much of a sad little man Darren Rovell really is, and getting the most popular rap crew to wear A&M jerseys with his number on them, and Johnny put Texas A&M Football back on the map for good.

This one was close! Von Miller is best known for choppin' some d's and loving him some baby chickens. He sent the Bowtied president who paved the way to the SEC home packing by only two votes. Von Miller is fantastic and always reps A&M with a "Thanks and Gig 'em" after he does interviews with the infectious smile and big Gig 'em thumbs up. Von was an absolute terror for opposing tackles to match up against on the edge. He proved the only thing he loved more than chickens was sacking QBs on his way to winning the Dick Butkus Award in 2012. We reached out to Von Miller for an interview about being selected to the Aggie Mount Rushmore. He just sent us this picture back:

A lot of people think of Texas A&M's first Heisman Trophy winner when they think of John David Crow. While that may be accurate, it's hardly the sole reason why he found he way to glory atop the Aggie Mount Rushmore. No, John David Crow is responsible for creating the Louisiana pipeline Coach Sumlin and the Aggies would value so highly since he was the first Louisi-Animal to take his talents to the prairies of Central Texas. Okay so maybe bringing the first Heisman ever to Aggieland and being the only player under The Bear to win the award is a pretty big deal too. Did you know JDC caught 5 interceptions while playing defense during his Heisman winning season? You do now. Mr. Football couldn't even make an extra point attempt. I'm just saying.

Okay so this one wasn't really fair since one of the original rules was you can't already have a statue on campus. The populace spoke and demanded that the man behind the greatest tradition in the history of college sports be included in the list, and we are the voice of the people after all. But still, this wasn't very fair to Acie Law, so you have to watch "The Shot" to make up for it.

On a serious note, it's really cool that Texas A&M has decided to continue to honor the original 12th Man by putting 12 empty seats in the new Kyle Field. Wait, that's not what those mean? Something about branding? I see. The spirit of Mr. Gill will live on forever as the largest student body section in college football continues to yell and stand for the Maroon and White until the clock hits 00:00. Unless it's like really hot, because then they'll totes be in the shade sipping on a sno-cone, right New Army? Just remember that the man responsible for your namesake is now glaring at you from Aggie Mount Rushmore.

That's it! It only took us a shade under one year to complete Aggie Mt. Rushmore.