A few repeat offenders stay on both Top 10 lists, but a slew of new beers make appearances as well.

In case you missed the 1st Edition of our Beer Top 10's, you can click here for that. Ranger222 and I enjoyed the 1st edition, and thanks to everyone who joined in the comments. Some great discussions came about and hopefully some new beers were tried. We've decided to make this a bi-weekly feature so that it gives us each a bit more time to try some new beers between posts.

Good Bull Hunting always encourages that you drink responsibly. Unless the Octobong is involved, then all bets are off.

I don't have near the experience in sampling craft beer, but I have tried my share enough to build a Top 10. I also have the advantage of living in Florida, so I get a different distribution than someone in Texas that gives this list a unique spin. 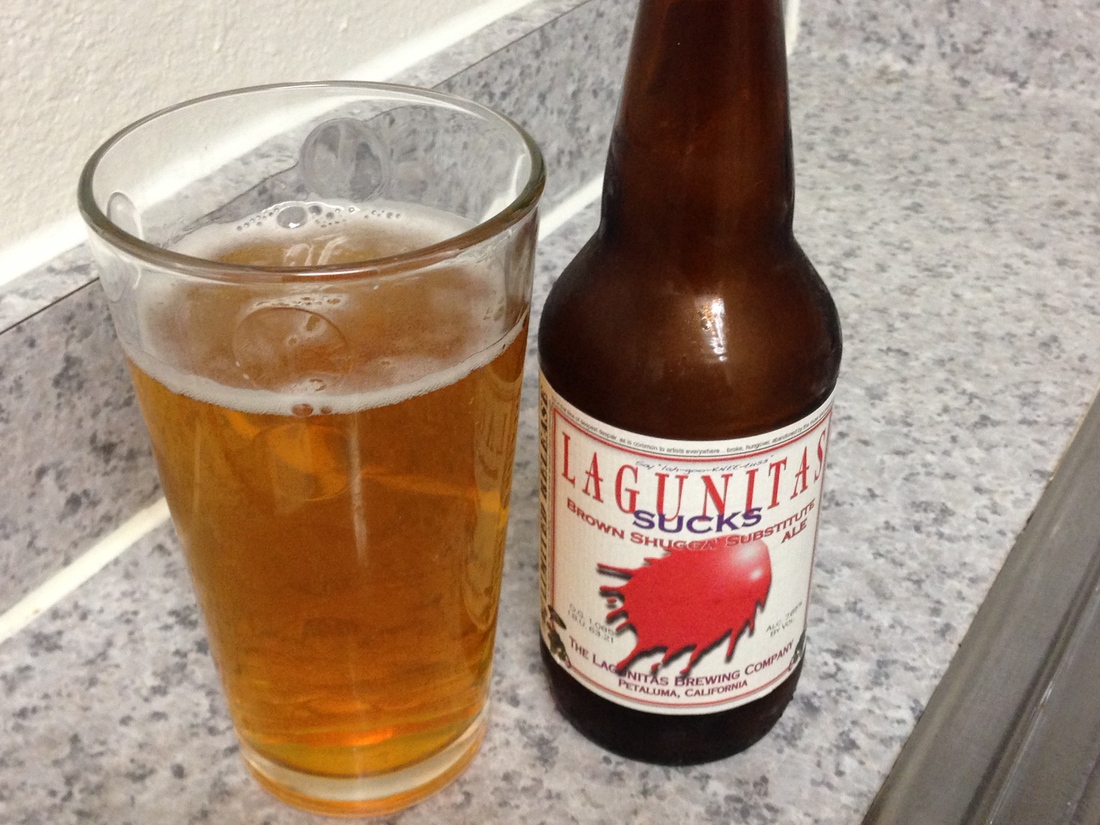 This round, I'm topping this beer out as my #1. Why? Besides being delicious, Lagunitas produces a lot of quality beer for a cheap price tag. A six pack of this beer should cost you around $11. I had to go back and grab a six pack of this myself, and that is very rare for me. I'm more of a one-and-done guy.

Founders made my #2 last go round, and I'm keeping them there this week but with a different stout - their imperial. This beer is so smooth and is really rich. Serve on a cool night to warm up with its 10.5% ABV. 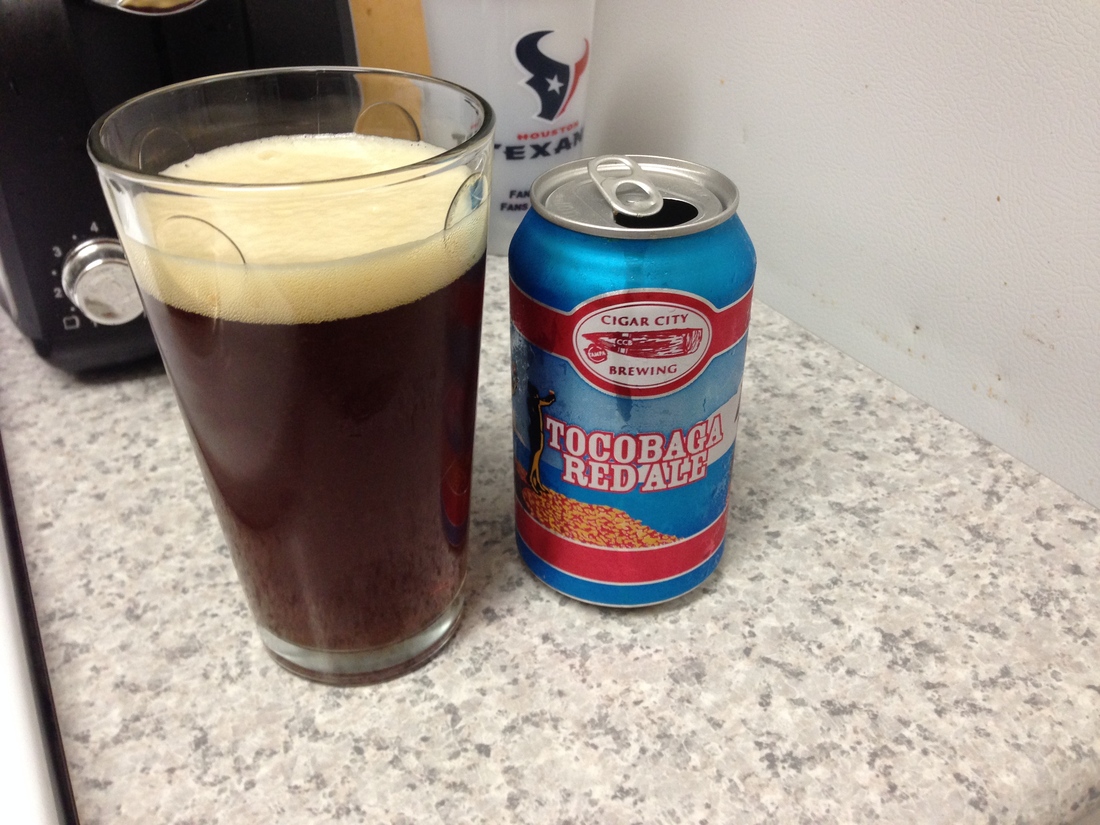 Last time we made this list we kind of filled it with IPAs and stouts. So, for those with a different taste I give you my best red ale, Tocobaga by Cigar City. This beer pours with a maple-amber body and has hints of citrus hops, oranges, and sweet caramel malts. Really tropical like a lot of Cigar City's products.

You want an American Imperial? This is it. This beer tops out at 18% ABV, so you better try this one at home instead of the local pub. You'll get roasted malts and coffee, dark fruits, bitter chocolate and molasses and finish with the heat of bourbon. That is pretty much everything I love. Except bacon. 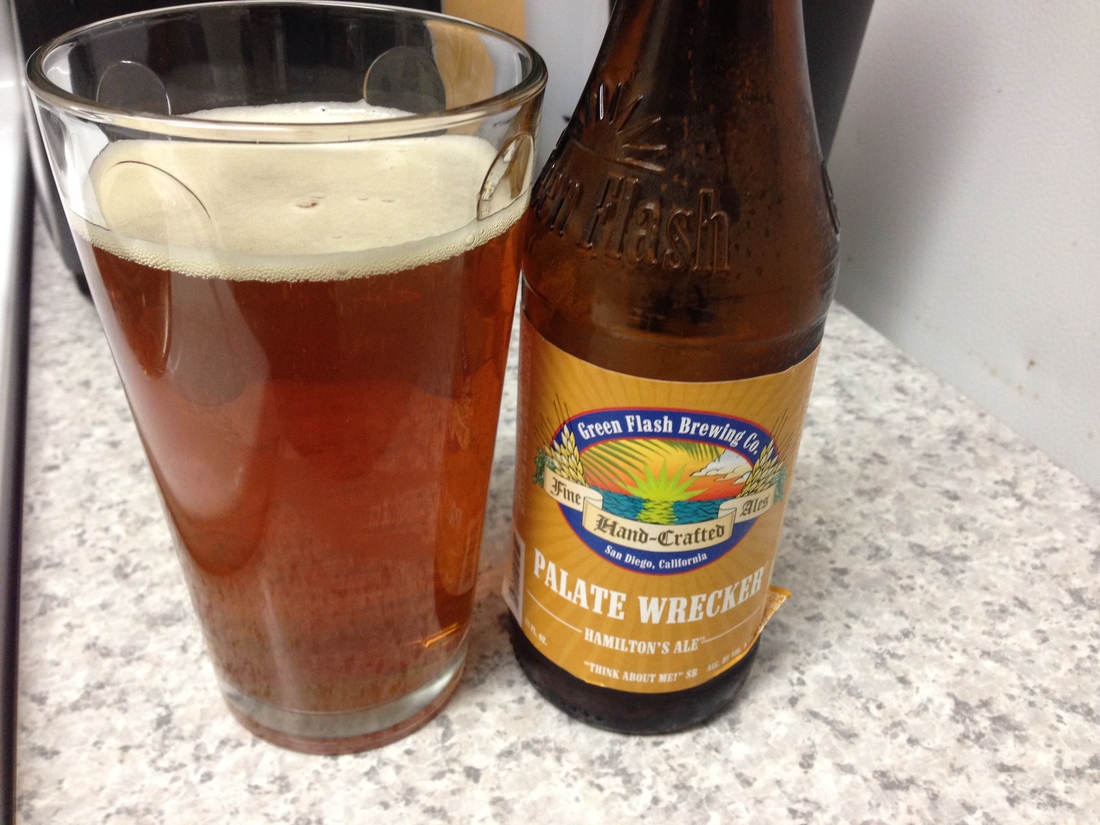 Spadilly posted his personal Top 10 in the comments section after our list, and this one was on it. Unfortunately the West Coast IPA didn't make the cut, but I enjoyed the Palate Wrecker. I thought it was more bitter and unbalanced than the Green Bullet, which was my previous #3. Still complex and unique, which is what I like. I think everything Green Flash does it pretty solid. 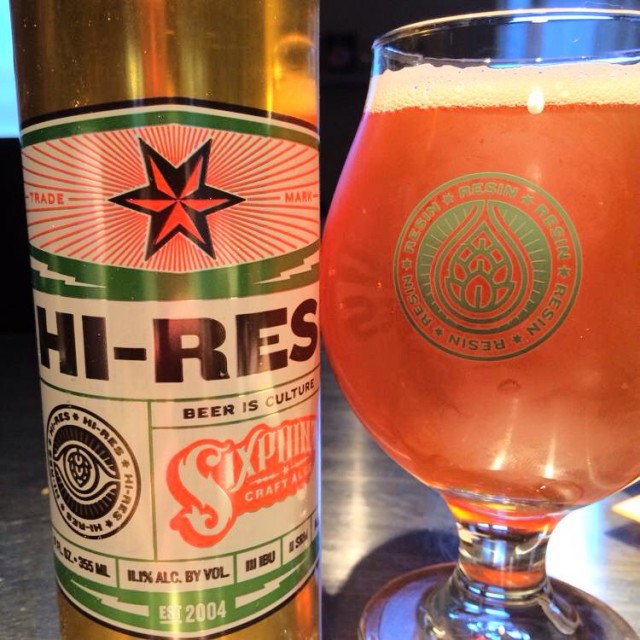 The beer that goes to 11. I really enjoy this brew. It honestly should be higher on the list. This is another beer I had to go back and grab a 4 pack of. It is a real aggressive hop bomb at first, but also gives some tropical fruits such as mangos and oranges. You won't know you're drinking an 11% ABV, which is both amazing and dangerous 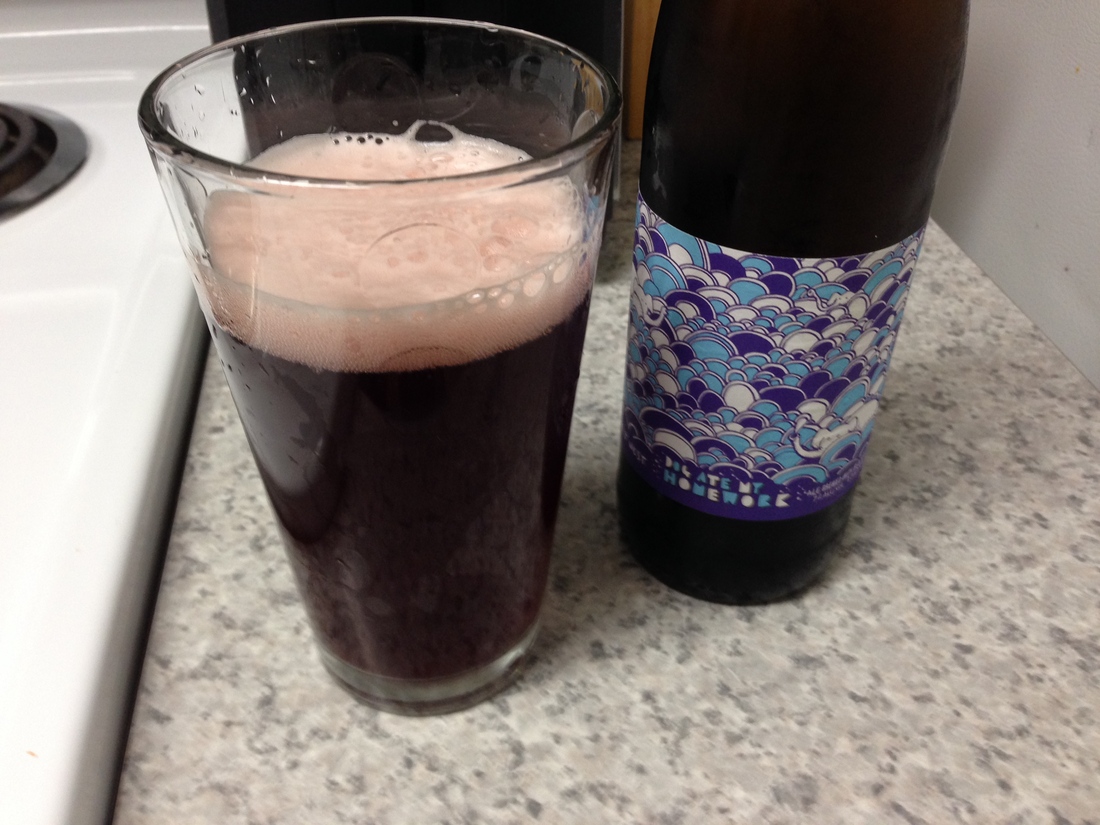 I'm not a big fruit beer person, but I'll rank some of the best three I've had next. Dog Ate My Homework is a blackberry saison and brewed with 1 pound of fruit per liter! I thought this beer was very well done because blackberries can be dangerously sweet, but they kept that very manageable here. You're not going to be overwhelmed which is what I feared at first.

This beer has an interesting story because it is made with ingredients found in 2,700-year-old drinking vessels from the tomb of King Midas. If you or your lady friend likes a chardonnay, then this beer is for you/her. 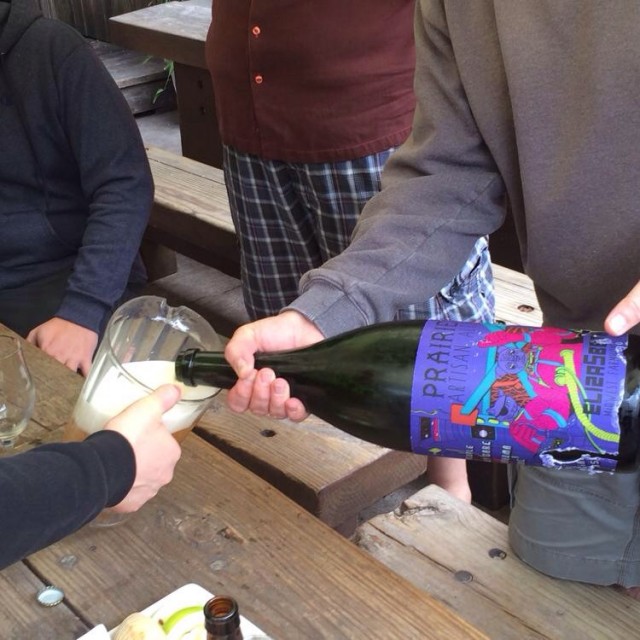 It took me a while to really appreciate this ale. The Farmhouse is aged on apricots that give a sourness you may or may not find enjoyable. I didn't at first, but after a while sipping you really begin to understand the flavor profile behind this brew.

I LOVE Cigar City's Jai Alai. This White Oaked version gives it a very unique spin and really changes the profile of the beer. The white oak adds a lot of vanilla both in smell and taste, but you still get the bitterness of the IPA at the end. It's totally different from the regular Jai Alai, but that is okay. A fun twist on one of my favorites.

I see that Ranger and I have a few beers in common this week, and Sucks was one that fell off my list this week - mainly just because of the emergence of some new things I tried. No changes at the #1 spot for me, although with a new Saint Arnold limited release beer coming out this past week it wasn't an easy decision.

Yellow Rose is still standing alone at the top for me right now, although this week's 2nd place beer is right up there with this one. 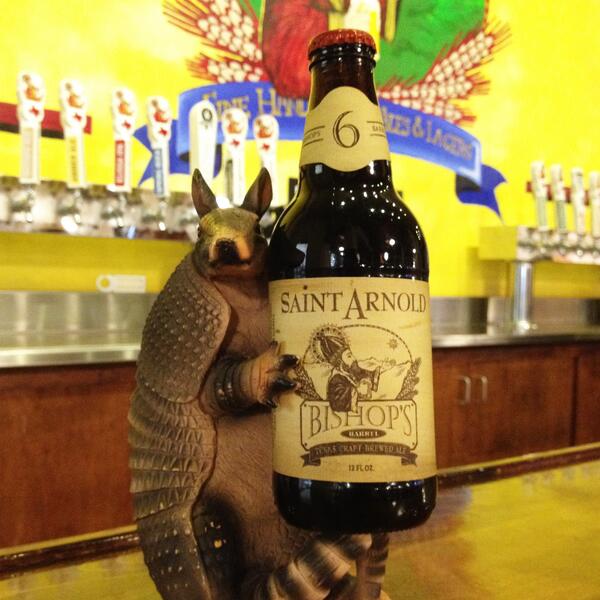 This is the newest release in Saint Arnold's Bishop's Barrel series, which has largely been excellent so far. BB6 is the famous Saint Arnold Pumpkinator aged in rum barrels (Appleton Estate 21-30 Year Rum Barrels, to be exact). A friend of mine who got to drink some before I did said it tastes like a rum cake, and upon further review I'd have to agree. I got a lot of spices up front in this one, and some of the pumpkin flavors came out more as it warmed up. I definitely suggest letting this one warm up to at least 50 degrees before drinking.

One of my absolute favorite Texas breweries has come out with yet another hit with this one. This is another SMaSH (Single Malt and Single Hop) IPA - the same concept as Yellow Rose - but with a different recipe. The hop used in this beer is, as the name suggests, El Dorado. The taste profile for Zythophile is dominated by oranges for me, and it is more citrusy rather than the strong tropical flavors that mosaic hops give Yellow Rose. Some folks are putting this one above Yellow Rose, and it certainly is extremely good, but they are certainly 2 different beers and my preference still goes to Yellow Rose.

Real Ale might just be one of the most underrated breweries in Texas. I'll talk more about them shortly when I talk about Lost Gold, but this particular beer is part of their Mysterium Verum series of barrel aged beers. The series has overall been very good, and this particular one is no exception. I do have a weakness for sour beers, and although this one isn't quite as tart as some other sours may be, I still thoroughly enjoyed it. The souring bacteria that Real Ale used with this one really stand out and make for some great flavors. I was fortunate enough to have some at Blackwater Draw in College Station last weekend, and it's awesome to be able to find some great beers like this one there. 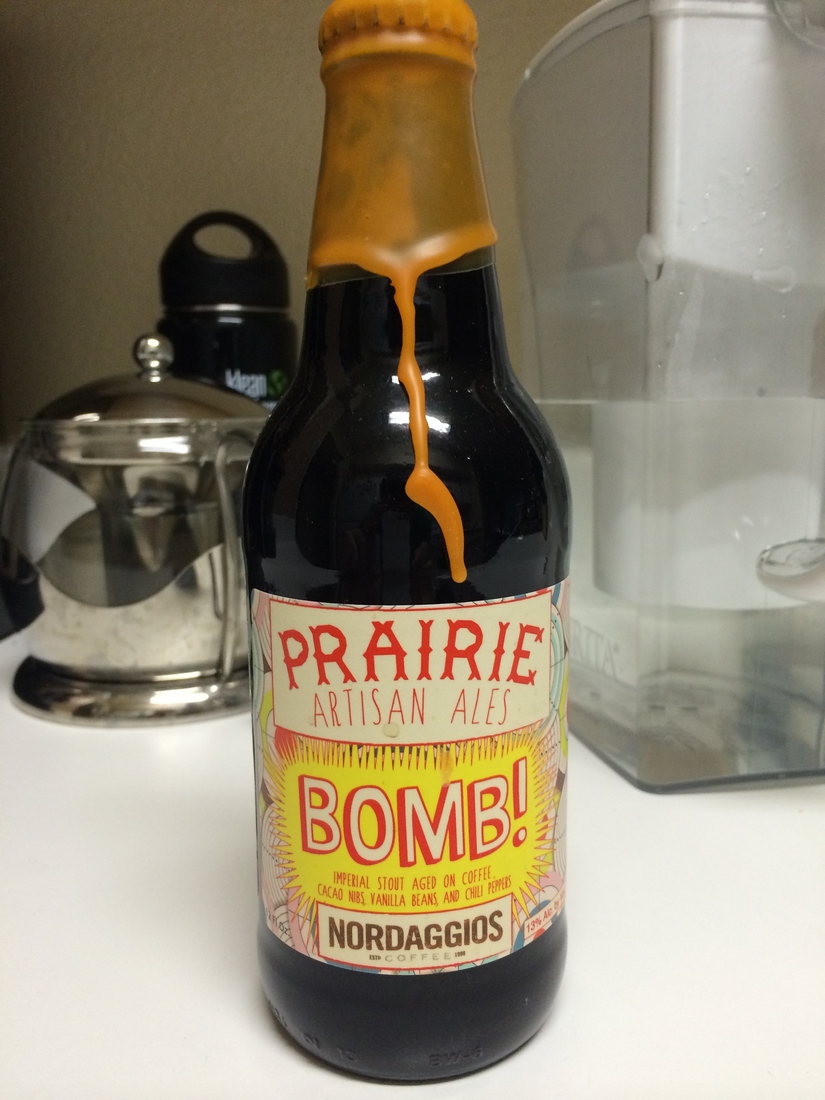 In talking about Bomb! last week, I mentioned that if the next batch of it made it to Houston soon then it would probably move back up in my Top 10. Sure enough, Houston got a new batch of it (orange wax) and I was immediately reminded of its deliciousness. This batch had an even stronger coffee flavor for me than the previous (pink wax) batch did, and the chocolate and ancho chile peppers were still present and nicely balanced.

Hi-Res earned a spot again this week in my rankings, although it did drop just a bit due to some new beers that I was able to try over the last 2 weeks and the reemergence of Bomb! I did choose Hi-Res as one of my tailgate beers before last weekend's Aggie Baseball Opening Day, though, so that says enough of what I think of it. 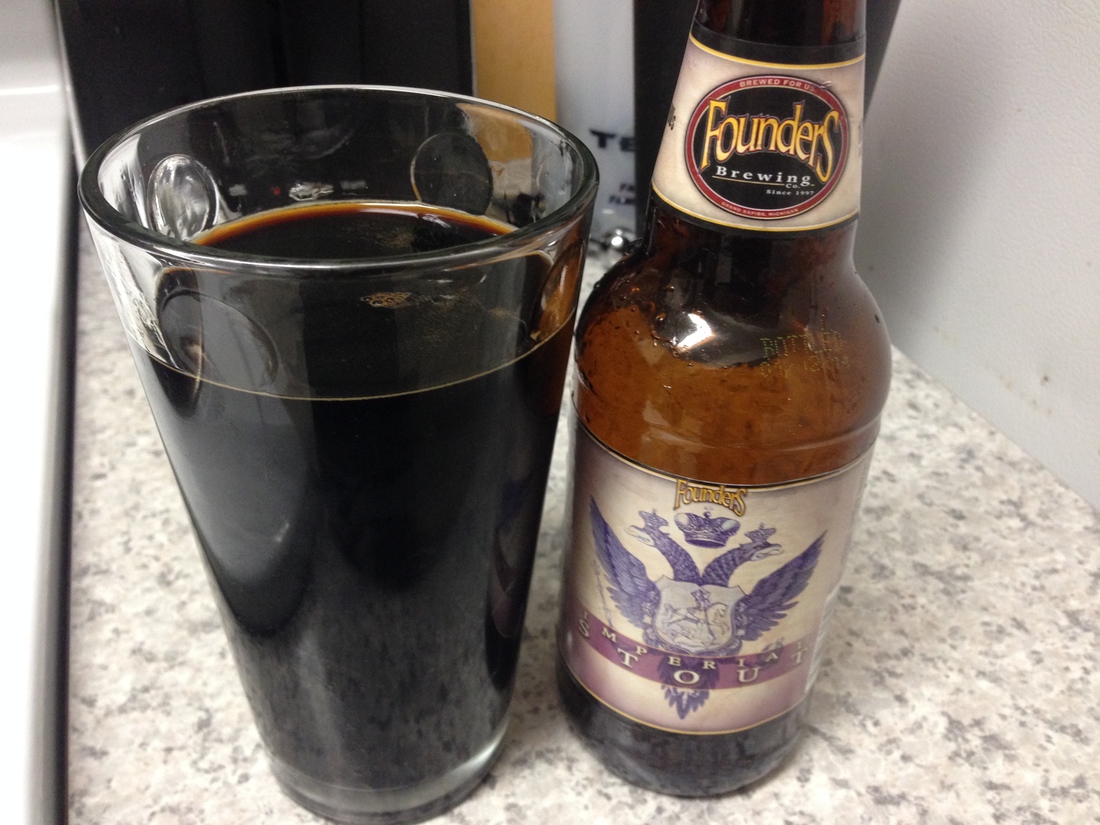 This beer actually started showing up in Houston a decent while ago, but I somehow had not managed to try it until recently. Founders certainly does a great job in the stout department, and as much as I love their Breakfast Stout this one is a bit easier for me to drink. Breakfast Stout hits you with a huge coffee flavor - which I certainly do like - but the imperial stout has a lot more balance and, as Ranger said, is very smooth and very tasty. 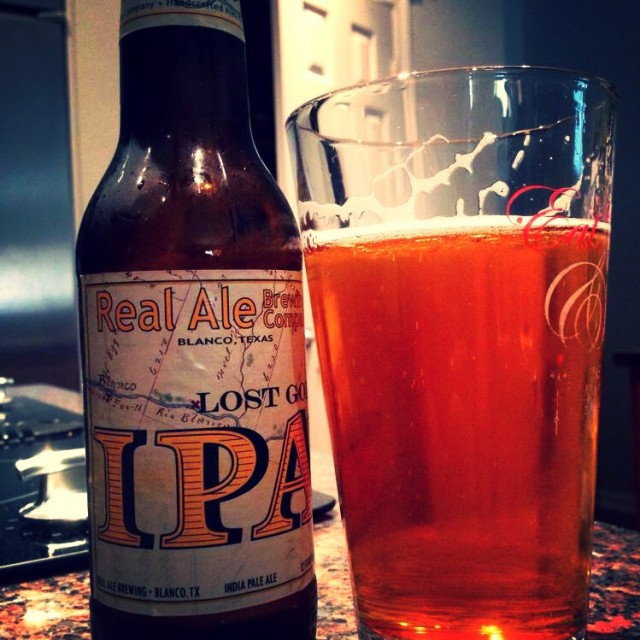 Getting back to what I mentioned above, Real Ale has continued to churn out a number of really good beers over the last year or 2. Yet, for one reason or another, they don't seem to get quite the same hype level as a number of other Texas breweries who - without naming names - don't make the same quality of beers as Real Ale does. I don't drink their Lost Gold IPA nearly enough, and having one last weekend reminded me how solid it is. Real Ale uses a number of different hops in this one - Cascade, Columbus, Amarillo and Summit - although it doesn't taste overly bitter. It isn't one that you should have trouble finding at a number of places around Texas, so give it a shot if you find it.

Elevation Brewery - from Poncha Springs, CO - is a new arrival to Texas recently, and this is probably my favorite beer of theirs of the couple that I've tried so far. Apis IV is a quad (or Belgian Strong Dark Ale; not a ton of difference really in those 2 styles) that was brewed with a large amount of caramelized honey. It has a really nice sweetness that isn't overwhelming and the honey really comes out in the flavor, which isn't easy to do in making beer. 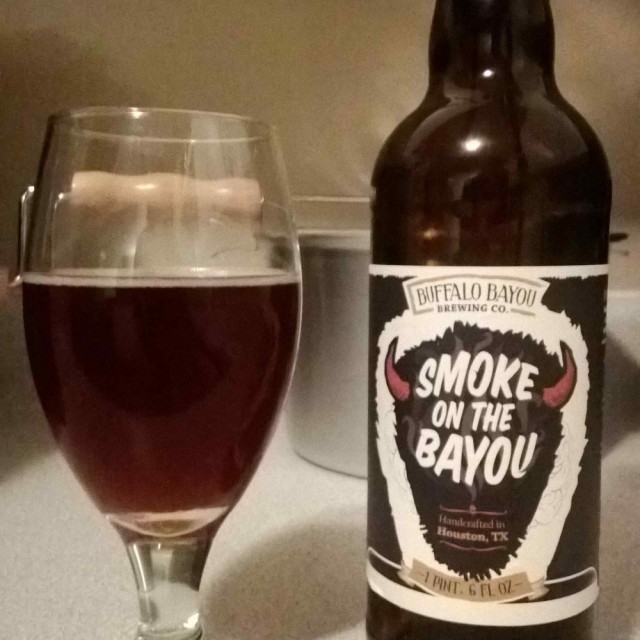 10. Buffalo Bayou Smoke on the Bayou

This beer - for me - has been a great reminder that tastebuds do change and it never huts to revisit a beer that you were not a fan of a while back. The first time I had Smoke on the Bayou was back when Buffalo Bayou had first released it, and I really didn't care for it that much. I was recently at one of their Saturday brewery tours - it's quickly become one of my favorite Saturday brewery visits in Houston - and my friend ordered a pint of the Smoke on the Bayou. Since I hadn't had it in quite a while, I asked to try a few sips and realized that either my tastebuds have changed or the beer has gotten much better. It's a scotch ale that has some caramel and toffee sweetness, a great body, and a hint of smoke that cuts through on the finish. I also had a very limited version of it that was aged in Buffalo Trace barrels last week that was absolutely stellar. I hope they are able to make more of that.

So, what do y'all think? Beers that we absolutely failed by not including? Beers on the list that you don't think are the slightest bit deserving? Live in another state with different distribution options and have an entirely different list than we do? Talking beer is always fun, so hit the comments section and let's hear it. If you use Untappd (an app I recommend if you're into craft beer), you can add both of us as friends - Jason here and Ranger here.