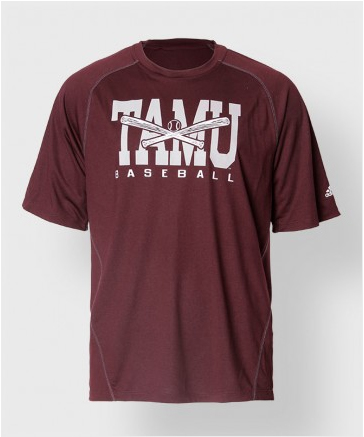 ALL THOSE RUNS. The Aggie Baseballers blew it up this weekend, taking out Northeastern 10-2 on Friday, 11-2 on Saturday, and completed the sweep yesterday on a walk-off homer in the ninth for the 1-0 shutout. Plenty more details forthcoming from our baseball guru.

Suspect intangibles -- not a leader by example or known to inspire by his words. Carries a sense of entitlement and prima-donna arrogance seeking out the bright lights of Hollywood. Is known to party too much and is drawn to all the trappings of the game.

Case in point: he's not even throwing at A&M's Pro Day, PAWWWLLL.

WAFFLE HOUSE WIRE. Let's see what kind of stuff went down at our nation's Waffle Houses this week.

Have a great Monday, folks, and more Waffle House incidents are welcome as always.