This was a bad loss. A bad, bad loss. If the 2013-2014 A&M Basketball season was a book, this chapter would be called "How not to close out a basketball game." Or perhaps, more specifically, "How to lose a game in which you never trail in regulation." How is this possible, you ask? Let's dive in.

Early on, you never would have guessed what was coming, as our Aggies picked up right where they left off offensively. Two quick layups by Kourtney Roberson (39 minutes; 11 points / 4 steals / 3 rebounds / 2 blocks) were supplemented by three-pointers by Jamal Jones (40 minutes; 17 points / 13 rebounds / 5-7 3PT) and Antwan Space (21 minutes; 5 points / 2 rebounds), and just like that the good guys were up 10-0. It was the ball movement, spacing, and shooting we had seen for 40 minutes in the victory over LSU. And when another Roberson layup was quickly followed by an Alex Caruso (33 minutes; 9 points / 5 assists / 5 rebounds) three, A&M found themselves sitting on a 15-5 lead heading into the second media break. Everything was looking rosy.

Which, of course, means that we went scoreless for the next nine minutes.

In a regular basketball conference, teams are punished for ridiculously long scoring streaks. But this is #SECBasketballFever. The Commodores only managed seven points over that nine-minute span, and when Jamal Jones broke the drought with a three the Ags were miraculously up six.

The remainder of the half was rather uneventful, as the squads traded a couple of late buckets.

A&M shook off their late first-half woes and came out strong to start the second, using an early three by Jones to set the tone for a very aggressive opening passage of play. And inside buckets by Space (off a great feed from Caruso) and Roberson (off a nice high/low play from Space) pushed the lead to eight heading into the first media break.

The Commodores continued to struggle on offense (1-9 to start the second half), and A&M hit threes (Caruso/Jones) on consecutive possessions... but Vanderbilt finally got back on track via consecutive buckets by Rod Odom (42 minutes; 8 points / 3-18 FG) and Kyle Fuller (44 minutes; 12 points / 4 assists / 5-14 FG) to keep the A&M lead below double digits.

The Aggies again threatened to pull away via consecutive buckets by Fabyon Harris (11 minutes; 4 points), but again the Commodores had just enough of an answer, using more penetration by Fuller (who got into the lane at will in the second half) to keep our lead at a manageable distance.

After a handful of unproductive possessions by both sides, Jordan Green (20 minutes; 3 points / 2 rebounds) hit a big three to put the Ags up by 11 points with 6:26 remaining. Once again, I allowed myself to start feeling confident about our offensive play.

It was our last field goal in regulation.

The end of regulation eventually became a free throw contest, but I thought I'd highlight the A&M possessions between now and then. Keep in mind that converting one or two of these probably leads to a W.

Yup. After all that, the Aggies were still up four. Did I mention that this game was winnable? After an extended possession,  Caruso is fouled on a drive with :52 left. He misses the first and hits the second from the line, which brought the team game total to 2-11 (yes, 18%) for the afternoon. That's not a misprint.

After VU's Sikram hits one of two on the other end, Jordan Green is fouled away from the basket and misses the front end of a one-and-one. Fuller immediately responds with a knifing drive to the hoop, and just like that the A&M lead is down to two with :27 on the clock.

Jamal Jones is fouled on the inbounds pass and hits both of his free throws, but Kyle Fuller AGAIN drives right through the heart of the A&M D and gets immediate answer. Quickly. So quickly, in fact, that there's still :22 remaining.

Shawn Smith hits both of his free throws after another Commodore foul, but Fuller wastes no time cutting right to the bucket FOR A THIRD TIME and dumps to a wide open Sikram for two. The Aggie lead is still two with :09 remaining.

Caruso quickly gets the ball into our most reliable free throw shooter (Jones) but a quick Vandy double team clamps down immediately. The Aggie guards are temporarily paralyzed, and with no available option Jones ends up getting cornered into a jump ball.

And the arrow points to Vanderbilt.

So, of course, Rod Odom (who was shooting approximately 2-487 on the afternoon) hits a fadeaway jumper with three seconds left to tie the game. And with a timeout remaining, the Aggies attempt an ill-fated 75 foot shot with 2.5 on the clock. Because why not. We were headed to overtime.

(Quick note here: Vanderbilt's court layout is stupid. I heard it described as both "charming" and "quirky" during the broadcast, and it is neither of those things. It's dumb. I admit that one of the players should have called a timeout, but the fact remains that our coach was not within 40 feet of a referee during the biggest moment of the game.)

After an early turnover by each side, a VU "and one" puts the Commodores up three. Jamal Jones follows with a miss from mid-range, but Shawn Smith is called for a foul on a play that looked exactly like the jump ball called against A&M late in regulation.

I try to stay away from referee bashing in these recaps, but that was some bull.

The Commodores hit one of two free throws from that call (ball don't lie... kind of), and Roberson responds by missing an absolute gimme after a great feed by Green. He gets fouled in the process and hits one of two, nudging the Vandy lead down to three.

After a clear over-the-back by Sikran off-ball foul on Green, Sikram hits both and pushes the lead to five. And after missed buckets on each end, Caruso hits two free throws to knock the lead back to three. Two more missed shots by Vandy are offset by two A&M turnovers (of course), but amazingly A&M still has the ball down three with :26 remaining.

Jordan Green misses a good look at a three, and Jamal Jones gets the offensive rebound.

He heads to the corner, attempts to clear himself some space (a move done ten times a game by every perimeter player on both sides) and catches a Commodore clear in the chin with his left elbow.

Jones, by rule, is absolutely entitled to the following things:

a) the six inches in front of his face

So, naturally, Jones is called for a flagrant one with eight seconds remaining. That was it. A game that should have been won ten different times in regulation was over. They don't get more frustrating than this. 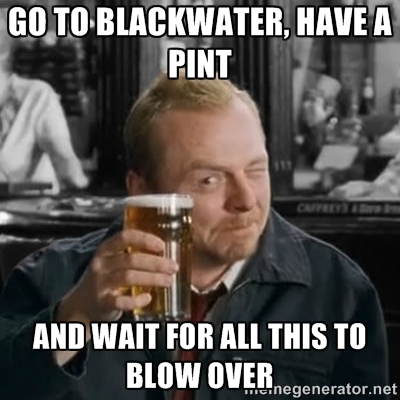