With Kyle Field under construction, the University has had to look elsewhere for possible venues. Options are limited due to NCAA rules and any choice must be approved by the SEC, and no location has been found. So we decided to think outside the box.

Share All sharing options for: Possible Locations for the 2014 Texas A&M Spring Game

Kyle Field is going to be incredible once the renovation is complete. Unfortunately, the construction does impact the annual Maroon & White Game, and finding an alternate site has proven to be more difficult than originally anticipated. There are NCAA and Conference guidelines to adhere to, not to mention location, logistics, capacity, quality of playing surface, and any number of other factors to consider. So why not go another direction?

Would our neighbors to the east mind if we borrowed their place for the weekend? Probably so, but you never know until you ask.

Pros: it's an approved SEC venue, plenty of capacity, within fairly reasonable driving distance, and in the middle of our newest recruiting hotbed. And maybe they'll cook for us.

Cons: it's in Baton Rouge.

Playing the spring game in enemy territory would be a nice gadgety smack in the face for them. 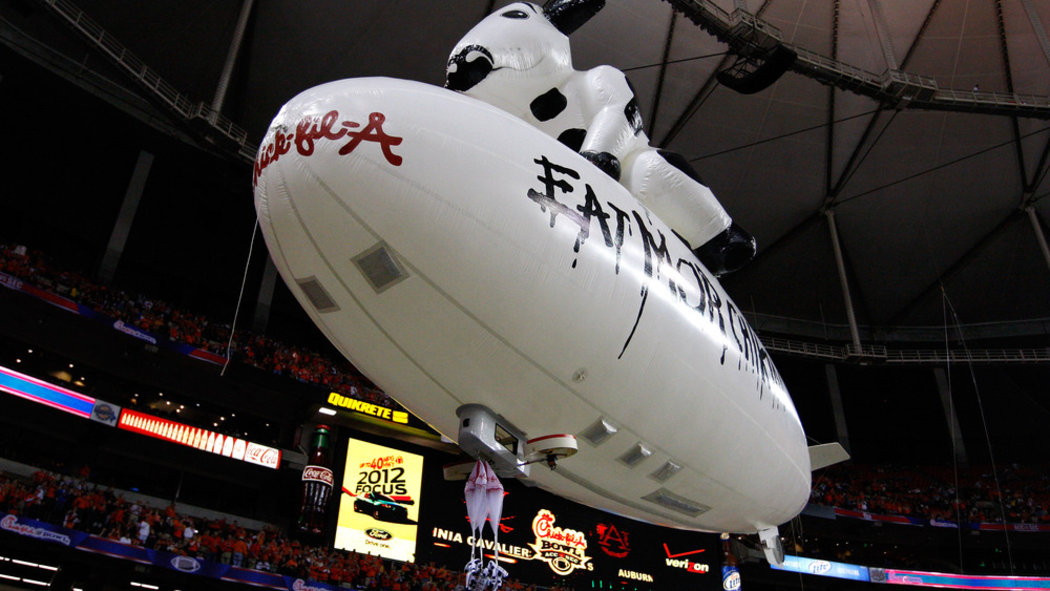 Anyone in Atlanta want to volunteer to check and see if the Chik-fil-A Bowl folks accidentally left the door unlocked?

Pros: again: SEC-approved, the team has familiarity with it (having played their last game there), would be good practice for any potential future visits, Atlanta has an abundance of Waffle Houses.

OK, let's think closer to home. Perhaps the answer is right under our collective noses.

Pros: just across the street from Kyle, would look cool and '80s-ish when a long play goes through the infield dirt, scoreboard already says "Aggies" on it.

The old Blue Ghost is just sitting there, unused. Could Kevin Sumlin be the first college coach to play a spring game on an aircraft carrier? If anyone can, it's him.

Pros: playing on International Waters could trump NCAA and SEC regulations, the production value potential for ESPN would be unlimited, players could spend time at the beach afterward. Easy access in and out for Swaggercopter. Conning tower would provide excellent camera angle.

Now hold on a minute, they're in the Sun Belt now. No, really: Texas Tech actually played an away game here in 2012. See?

Pros: central location, easy highway access, head coach has former A&M ties [hurr], outlet malls for the ladies (because they like to shop get it?).

Cons: NCAA may consider it a high school stadium, most local students will be wearing Longhorn gear. 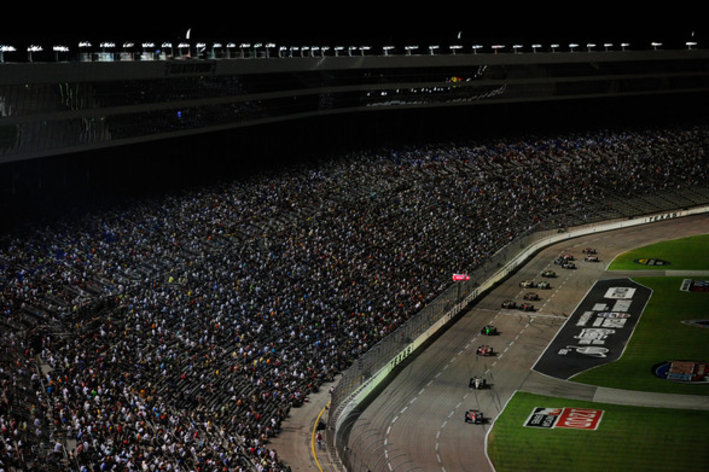 It's not a new trend; Tennessee and Virginia Tech are already set to play in Bristol in 2016. You want to compete in the SEC, you do things like play football in the infield of a track where there are routine fiery car crashes. Just look what the announcement did for Tennessee's recruiting already.

Pros: huge capacity, famous venue, sure to get picked up by ESPN.

Cons: is a racetrack.

In a defiant move to ridicule the governing bodies of football, Coach Sumlin buses his team west for a day and plays pickup ball in the sand.

Pros: he uses the NASA connections he made in Houston to rig a non-stop satellite feed from space free to PBS nationwide.

Wot's all this, then? 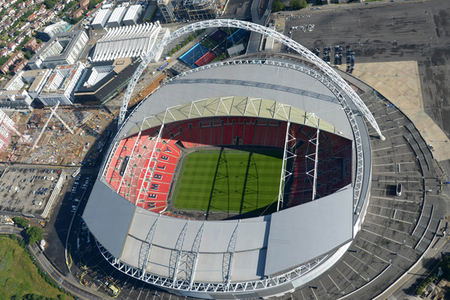 We didn't want it to come to this, but we've been forced into exile. We will have our spring game one way or another, and by doing so will establish Texas A&M as the dominant college football brand in Europe. This is what happens when bureaucratic amateur sports ruling bodies get caught up in their own quests for power.

Pros: beautiful venue, home of the England National Team, plenty of things to do in London for those attending the scrimmage.

Any other ideas for venues? Please share in the comments.