THE TAILGATE: A Graphical Preview of Texas A&M at Auburn

The final stretch of the season approaches. Crouched in the long grass ready to pounce. The Aggies, just like the cautious anthropologist, do not heed their own warning and continue on into certain peril.

Can a freshman 5-star fend off the November of the Tigers?
Does our offense know more than 5 plays?
Will overly eager season ticket buyers give up the obnoxious number of seats they requested for 2015 so the rest of us can attend games?

This month will answer all these questions and more. Come hit the road with us one last time in 2014 and we'll see you at...

Share All sharing options for: THE TAILGATE: A Graphical Preview of Texas A&M at Auburn 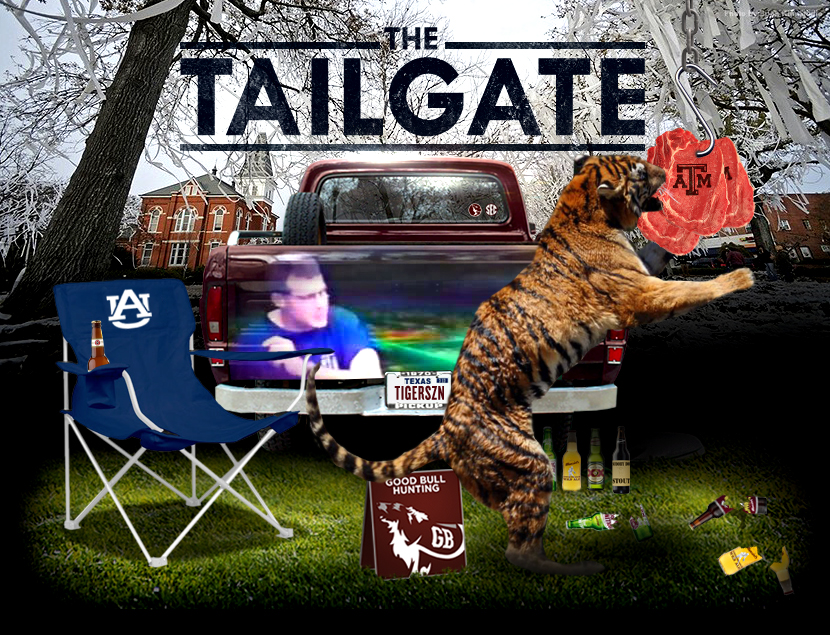 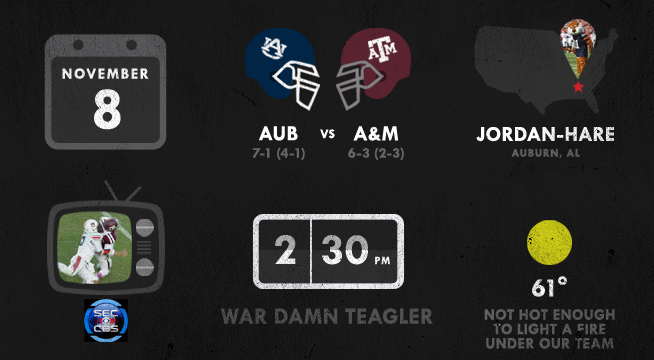 With 100% of precincts reporting, the results are in and last week's game still sucked. We won (did we?) and we'll take it (sure.) but it sucked. And on that note, I'm going to be in Auburn this weekend, and it's not going to suck. This is the SEC West, anything can happen, and... wait, Gus Malzahn did a video in which he dances to MC Hammer back in the day? Eff the game, let's turn this mutha out.

We open on what appears to be Malzahn attempting to pull off what was the worst bass player pantomime until he just says "screw it" and sets the bastard down. Coach Malzahn Hammer (CM Hammer) came here to do one thing: dance his jorts-bound ass off. CM Hammer struts out to the middle of the set in front of fake Bill Swarski synth mime. At first, it looks like he graduated from the Bill Cosby school of hip hop, but then all hell breaks loose.

CM Hammer begins to execute moves of which George Michael Bluth would be envious. Right off the bat, he executes a perfect 170 crab-walk into a 190 butt-spin. From here, the transition into the "floor is lava" sequence is seamless. He can't help but upstage his partner, so he grandpa-at-a-wedding struts out of frame so we can enjoy the body-wave stylings of Mr. Swarski. Kudos to the director for leaving the camera on long enough for us to realize he's not actually playing the keys. That's showing some integrity as a director.

It's at this point where we learn that Malzahn can bend time and space. He begins to channel his power in a series of chicken-like movements with his left arm and foot. Upon completing his power up, Gus teleports to the right side of the screen and celebrates by shaking an imaginary walker, something this ageless dance wizard will never need. CM Hammer then casts a spell on the tape, reducing the remaining footage into teasers of dance moves we may not be ready to witness as a species.

BY DR. NORRIS CAMACHO AND HYPNO-TOAD 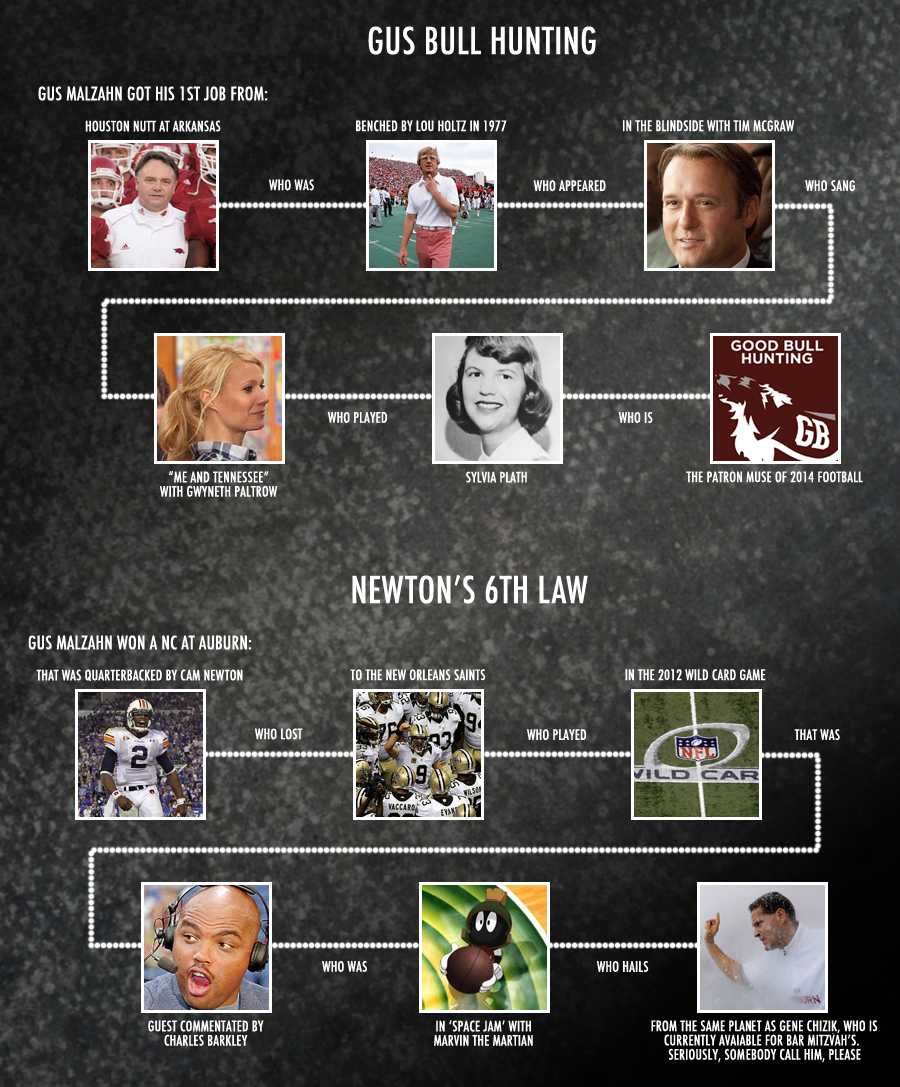 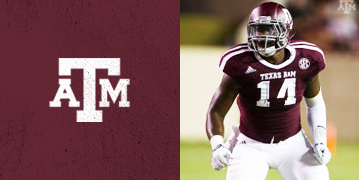 LB: The true freshman made a much-needed splash defensively on Saturday with a half-dozen tackles and a half a sack against ULM. Walker is from Gilmer, TX, birthplace of Don Henley, the founder of one of those famous '70s bands. Tigers, I think they were called. 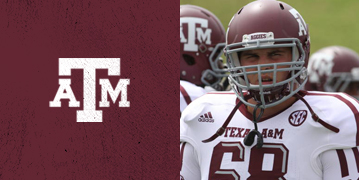 Something-back: Who could have predicted in August that we'd have a backup OL appear in two separate TAILGATEs? That the way 2014 goes, I guess. I like having him at full/H/Ben-Back and expect a TD grab or passing attempt in the very least. 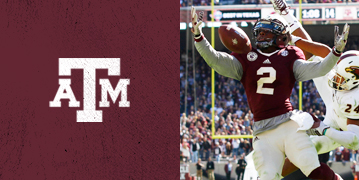 WR/KR: He's been on a streak of sorts during our five-week slump, so it will be interesting to see how he stacks up against the best competition we'll see the rest of the year. STILL WAITING ON THAT PUNT RETURN TD SPEEDY NO PRESSURE. 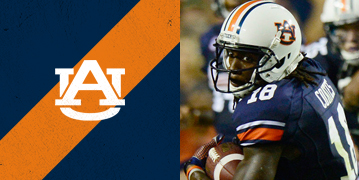 WR: Not only is he an outstanding football player, but he excels in the human being department as well. [/cues up Tom Rinaldi piece, checks atmosphere's dust levels] 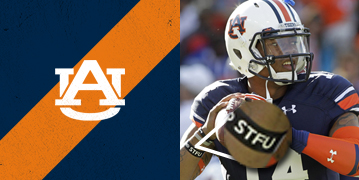 QB: Has quietly become the SEC's most successful quarterback of the last two seasons. Not sure how we're going to contain him with Kenny Hill staying home and therefore unable to distract him the night before the game. 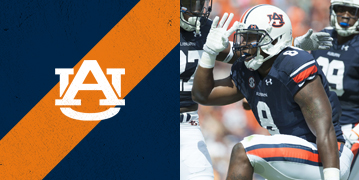 LB: Fortunately he's quite good at football, because the second-most likely career path for a name like that is Days of Our Lives co-star AMIRITE. Leads the team in tackles for loss and broken hearts. 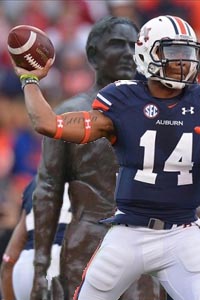 No, not that one. The Aggies keep their 12th man securely in the stands, yelling its collective head off and standing ready to go in for the team. Auburn prefers to use their 12th man as a more direct tactical advantage. Look for Malzahn to try and pull a fast one on A&M too, possibly by having a player wear glasses with a fake nose and mustache or by dressing him as a line judge. Aggie fans will need to be vigilant in counting the players used on each and every play so that we have something to point to as the cause for our loss for the rest of the year BECAUSE THAT WAS A FUCKING HORSECOLLAR YOU CORRUPT NEARSIGHTED CHUCKLEFUCKS sorry about that. 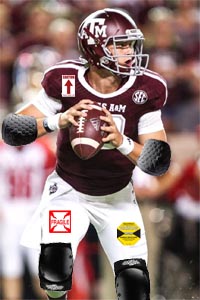 No, not the SWAGG kind. As GBH has noted, the offense against ULM appeared to be very vanilla and abandoned a lot of our offensive philosophy in favor of max protect formations designed to envelope Kyle Allen in a thick layer of bubble wrap and Snuggle dryer sheets. It was not effective. Ranger222 has pointed out that the goal may have been to simplify the offense and the number of reads Allen would need to make. It might also be because A&M is starting a true freshman whose backup is a walk-on. And his backup? Well, we all know who it should be. 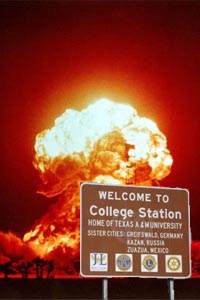 The Aggie Internet has been long renowned for its level-headed analysis and patient, thoughtful, discourse when faced with a struggling football team, but even we falter from time to time. The term 'meltdown' is thrown around a lot these days, but the connotation is one of an unforeseen event. 'Powder keg' is the more appropriate term at this point. The Aggie Internet is a pile of refined college football angst black powder, and Auburn is about to start flicking matches at it. If you need to vent your rage or enjoy some sort of voyeuristic, masochistic schadenfreude, there are plenty of sites catering to those activities. If you'd like to giggle at our shared misery whilst telestrating a dick on a screenshot of Malzahn's face then welcome to Good Bull Hunting, friend. Have a koozie. 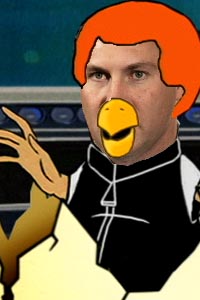 As Aggies everywhere continue to adjust to their new surroundings (hint, you're at the belk bowl) it is natural to start just rooting for chaos. Anything will do really, like manhole covers exploding, dogs and cats living together, and LSU backing their way into the SEC championship through a series of increasingly unlikely events. No, Nick, you can't have another championship because up is down, left is three, and CLANGA is #1. 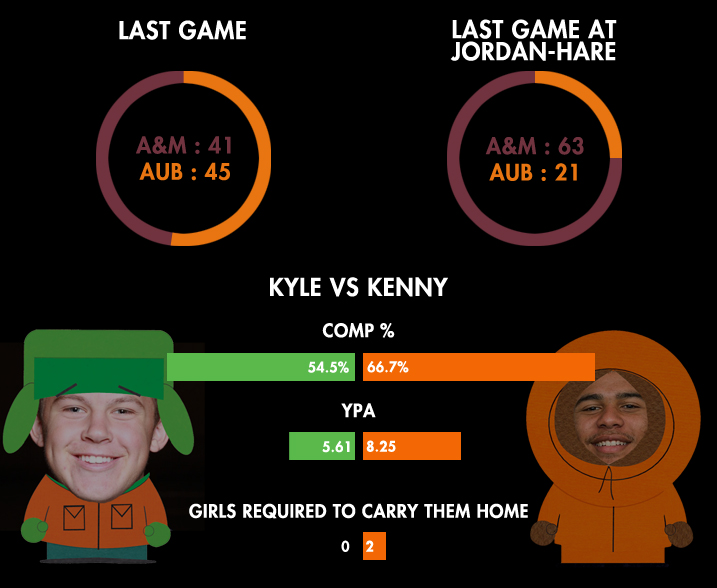 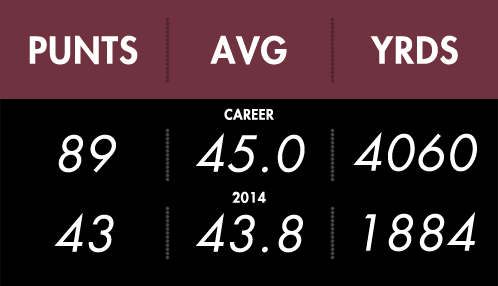 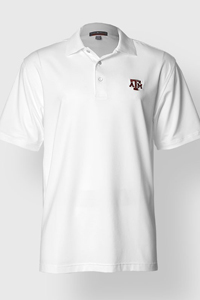 Looks like somebody’s got a case of the Saturdays. Fret not Ags, it’s time for some retail therapy. Buy this Solid Comfort Polo from Aggieland Outfitters as the pick-me-up you need after a tough stretch. Look good, feel good. While you’re at it, pre-order a 1939 throwback helmet (or a mini if you’re on a blog budget). We won wearing these helmets. Yep, I just checked ESPN.com and we did win wearing these helmets. Fox Sports corroborates this story…

Hey, I checked my DVR just to make sure and we did win wearing these helmets. Looking ahead, Auburn is so lucky y’all. But maybe you’re lucky too and you just don’t know it yet. Enter our contest to win one of those polos from Aggieland Outfitters to test my theory. The polo is also available in black. In case you were wondering, my wife is telling me we won wearing those helmets I mentioned before.

Text GOODBULL to 55000 on 11/5 for a chance to win a polo from Aggieland Outfitters. 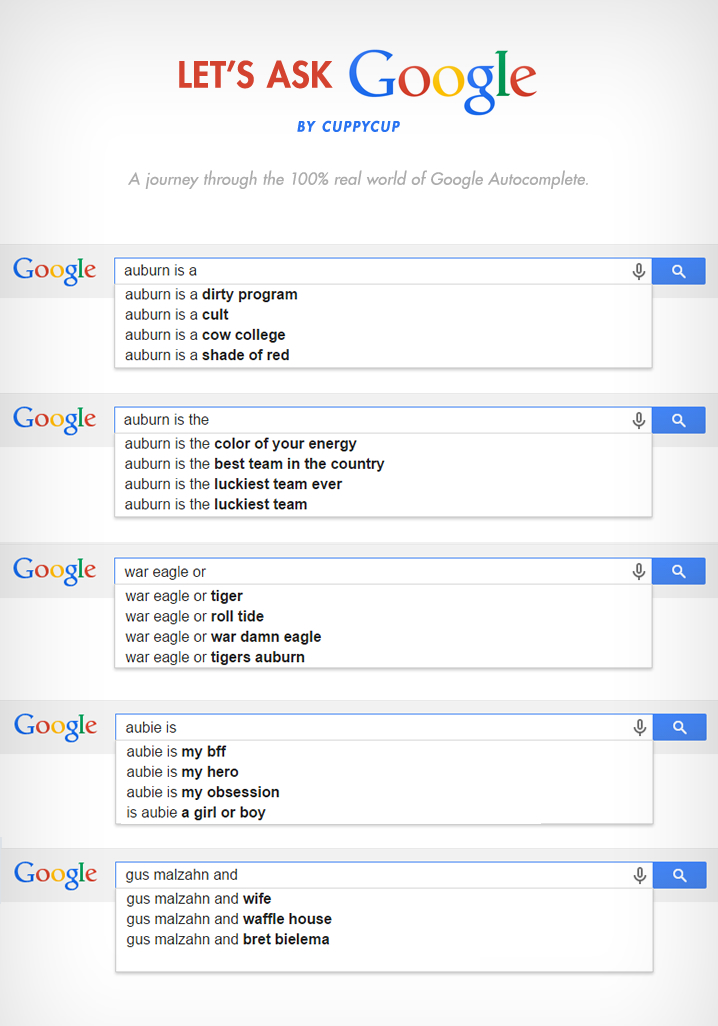 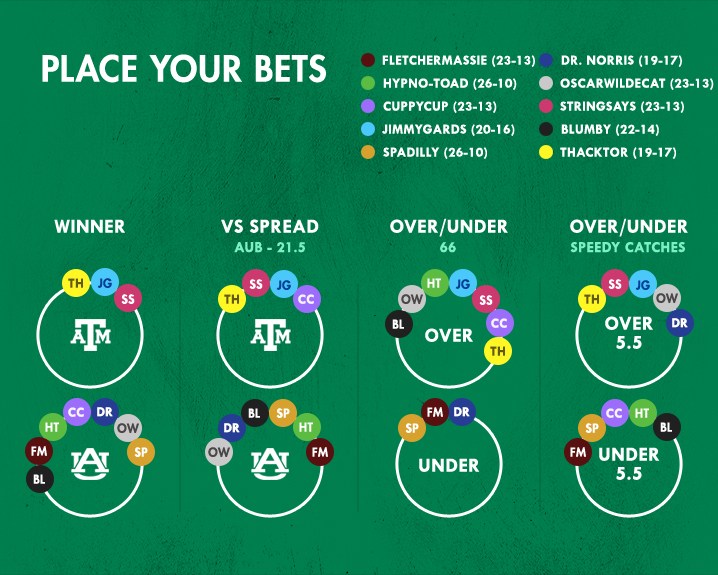 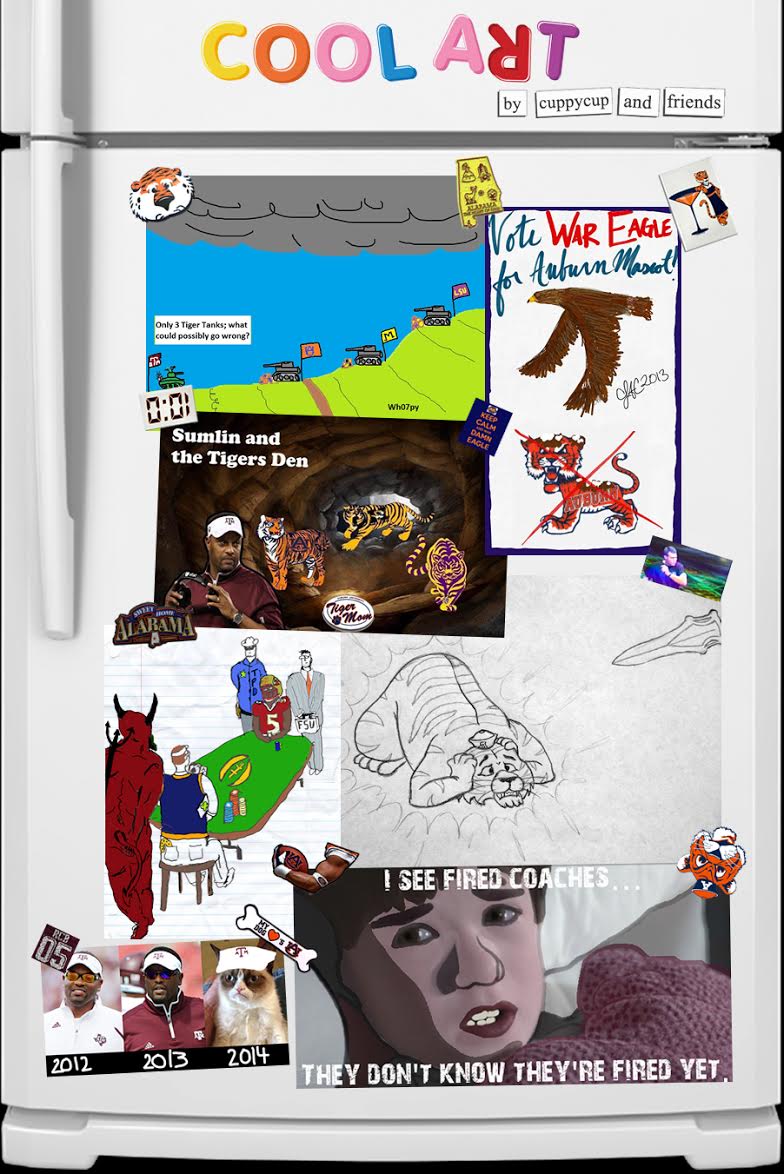 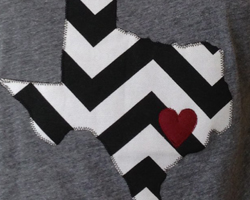 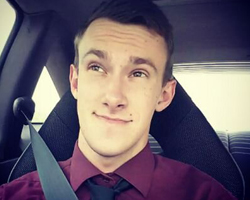 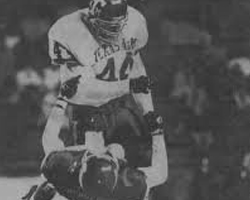 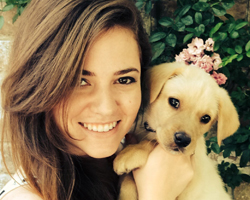 I learned how to schedule tweets so I don't forget to recycle my tiger puns every week. I hope you don't get TIGERed of them. #GBHTailgate 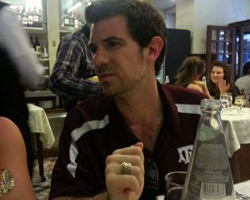 Found a 'wrecking crew will never die' shirt in the bargain bin of a tent sale.... sigh. #GBHTailgate 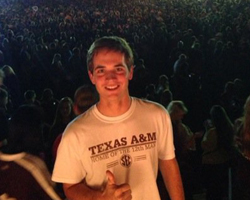 How many more times do I have to say that I'm sorry that I washed my lucky game day polo before we are good again? #GBHTailgate