THE TAILGATE: A Graphical Preview of Texas A&M vs LSU

My does the time fly when you're having a slight mental break down.

The last game of the 2014 regular season is upon us and it has been a year of highs and lows, then highs, then lows again.

It hasn't always been pretty, but now is our chance to get a big season ending win and build momentum into #BOWLSZN.

The Aggies have yet to beat LSU since joining the SEC, but it seems like a good time to serve up Tiger meat instead of turkey this Thanksgiving.

Speaking of Thanksgiving, you know what I'm thankful for? Kevin Damn Sumlin, Will Muschamp getting fired, true freshman play makers, and you.

Have a Happy Thanksgiving and we'll see you at...

Share All sharing options for: THE TAILGATE: A Graphical Preview of Texas A&M vs LSU 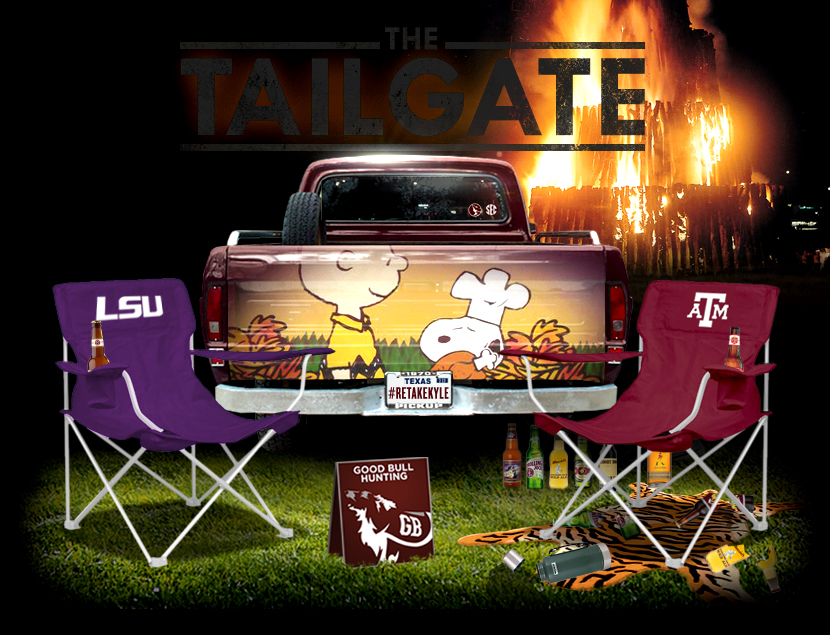 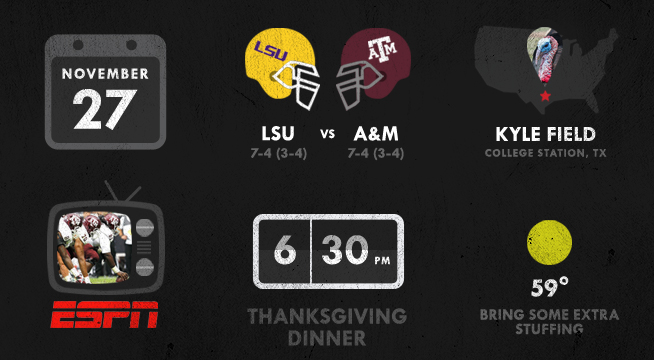 YES, WE PLAY FOOTBALL ON THANKSGIVING

Ah, Thanksgiving. If you're like me, you love Thanksgiving. For my family, the amount of food we consume during Thanksgiving likely irks out of that "giving thanks" zone and more into the "excessive consumption to the point of sweating." And I'm thankful for that. I really am. You know what else I'm thankful for? The fact that the Aggies are going to just kick the snot out of LSU on Turkey Day.

See, a lot of you might call me crazy for that prediction. Others out there might call me crazy because I name my sandwiches, give them distinct voices, and make them have a full conversation with me about their feelings before being devoured. "Deter" just now let me know that he accepted the circle of life, and even though his was short, he felt that being slowly digested in the depths of my venter was dignified. But I'm not crazy.

You know what I see on Thanksgiving? I see 100K Aggies in Kyle Field ready to take that sucker back in spades. I see a team wanting to send their seniors out with a big W. I see Les Miles chewing on grass that Rev just relieved herself in. I see an offense starting to get its mojo back against a team that's had our number the last two years. I see...

On the opening possession, Anthony Jennings drops back to throw... but no one is open. Floyd Raven, Sr., Howard Matthews and Dezhazor Everett have finally attained that coveted skill that all DBs strive to attain: flight. Jennings would worry about this more, but right now he has a more pressing issue: Justin Bass and Donnie Baggs coming for him on a blitz after having accidentally slept in radioactive waste the night before. It seems that the sight of two pissed off 8' tall senior linebackers who glow in the dark is pant-shittingly scary. Upon messing his pants, Jennings frantically hands the ball to Baggs who stomps into the end zone for 6 points and an invitation from Professor X.

Lambo lines up for the next kickoff, pops the ball straignt in the air, catches it 15 yards down field and falls on the ball. He's got to let the offense have some fun, right? Allen takes the next snap and throws a quick WR screen to Malcome Kennedy. Kennedy's path is Clear... Cameron Clear. The Aggie tight end chalks up 5 pancake blocks in 5 yards while Kennedy sails into the end zone.

As the Ags prepare to kick off again, there is no opponent. Miles is taking his team home. Nobody deserves to be whipped this badly on Thanksgiving.

After 3 minutes of play and a forfeit.

If Texas A&M's uniform choices have shown us anything in 2014, it's that one option is never enough. Why should the Student Bonfire outhouse be any different? 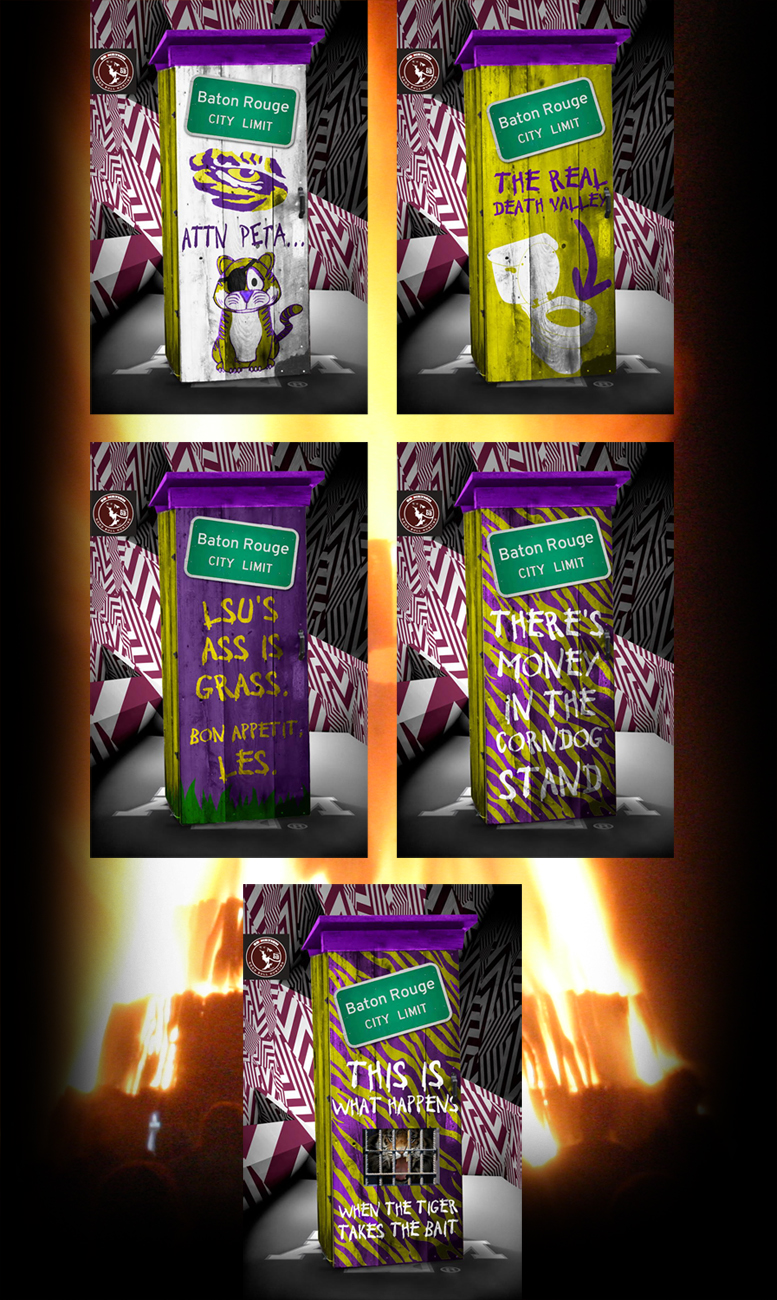 Southern Gothic Season Finale: Two wild teams, each once proud and mighty in the top ten of their nation; have now succumbed to the slow sweet decay of the Autumn. Soon they will meet. 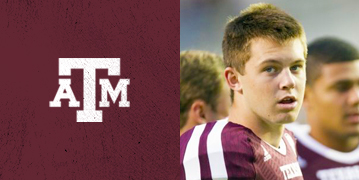 QB: and when Hunter saw the kid standing there looking looking down at him he held out to him his bloodied hands as if in accusation and then clapped them to his ears and cried out what it seemed he himself would not hear, a howl of such outrage as to stitch a caesura in the pulsebeat of the world. 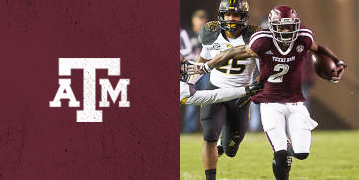 WR: "Notions of chance and fate are the preoccupations of men engaged in rash undertakings." 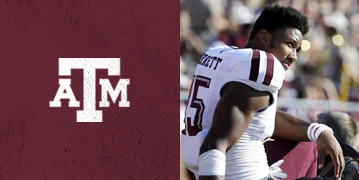 DE: "Men are born for games. Nothing else. Every child knows that play is nobler than work. He knows too that the worth or merit of a game is not inherent in the game itself but rather in the value of that which is put at hazard." 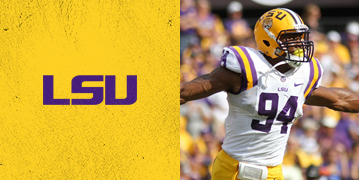 Danielle "The Heart is a Lonely" Hunter

DE: "In his face there came to be a brooding peace that is seen most often in the faces of the very sorrowful or the very wise. But still he wandered through the backfields of the offenses, always silent and alone." 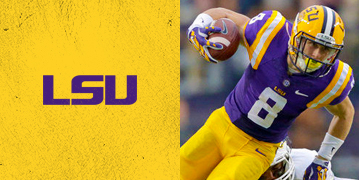 WR: "Which storm you talking about, the one on the outside or the hullabaloo I heard going on in Kyle Field? Heard some mighty loud yelling. What's the powwow about?" 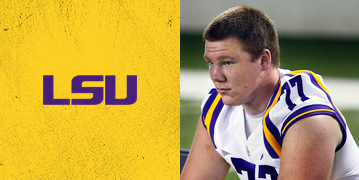 C: "Small disconnected facts, if you take note of them, have a way of becoming connected...the LSU offense is fits and starts, mostly fits." 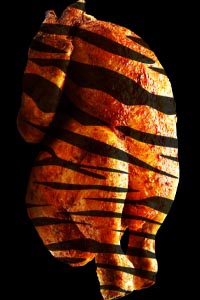 If you have the good fortune to run into an LSU fan this weekend, be sure to mention how great it is that we're playing on Thanksgiving. They are super excited about that! Actually this is a huge advantage for A&M, because according to LSU fans on the internet absolutely no one is capable of attending a game on Thanksgiving, meaning that there will be zero opposing fans in the seats. Internet Louisianans are all about the family holidays y'all. 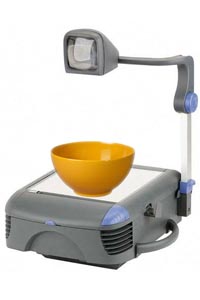 A&M is playing a football game on Thanksgiving Day and some journalists are projecting the Aggies to the Texas Bowl with a jilted former lover. Whatever will the commentators talk about during the LSU game? That Texas Bowl stuff is nonsense anyway, everyone on Twitter knows there's only one bowl worth pining for. Number one in our projections, number one in our hearts. 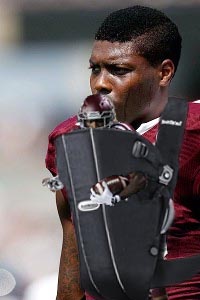 This group of seniors, in addition to being awesome guys, had a special task: they were asked to be a small group of veterans leading one of the youngest teams in the country. They are the retired 55 year olds who took custody of their grandkids when their daughter went to rehab or the NFL draft. It wasn't always easy, especially before everyone got out of diapers. It was difficult, ugly, and thankless, and for a lot of them the only compensation they'll get is seeing these kids make something out of themselves. But you know, in the end it was all wo- MYLES I SAID NO MORE COOKIES. YOU WAIT UNTIL FLOYD RAVEN SR GETS HOME! 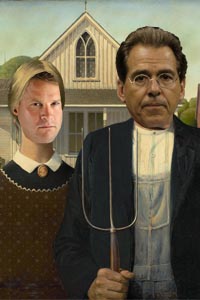 #14 AUBURN @ #1 ALABAMA
Gus Malzahn has managed to cobble together the pieces of this season using Scotch tape and Elmer's glue, fooling the voters into seeing a top 15 team. Nick Saban is a dust bowl farmer, toiling away at them fields trying to harvest one last puny win that will get them through winter. He does not welcome death, neither does he run from it.

ARKANSAS @ #20 MISSOURI
Beware, Tigers. Bert has finally gotten all the pieces of his smashed Harley put back together and running smooth. This Arky team is a lot less hapless Wario and a lot more Sons of Anarchy, and we all know what happens in the season finale.

SOUTH CAROLINA @ #22 CLEMSON
The Gamecocks have demonstrated all season that they were hilariously over-rated earlier this year. Dabo Swinney's Tigers have a high-powered offense and were the only team to take the undefeated Seminoles to overtime.
USCe by 27.

KENTUCKY @ #24 LOUISVILLE
Kentucky has asked Louisville to leave the bumpers up.

#18 GEORGIA TECH @ #10 GEORGIA
Hot off a big win against Clemson, the Yellow Jackets are excited to really open up their offense for this final game and see what special plays can totally blow up in their faces.

FLORIDA @ #3 FLORIDA STATE
The hopes of the entire country rest on the final game of Big Dumb Will Muschamp Football, because hope is stupid.

#4 MISSISSIPPI STATE @ #8 OLE MISS
This is the first ever Egg Bowl in its long and storied history to feature two top ten teams. I am not going to research that fact, but I think it might actually be true.

TENNESSEE @ VANDERBILT
This game will answer many important questions, like 'why am I watching this?' and 'is the Egg Bowl still on?' and 'how much guacamole would I have to rub in my eyes in order to go blind?' 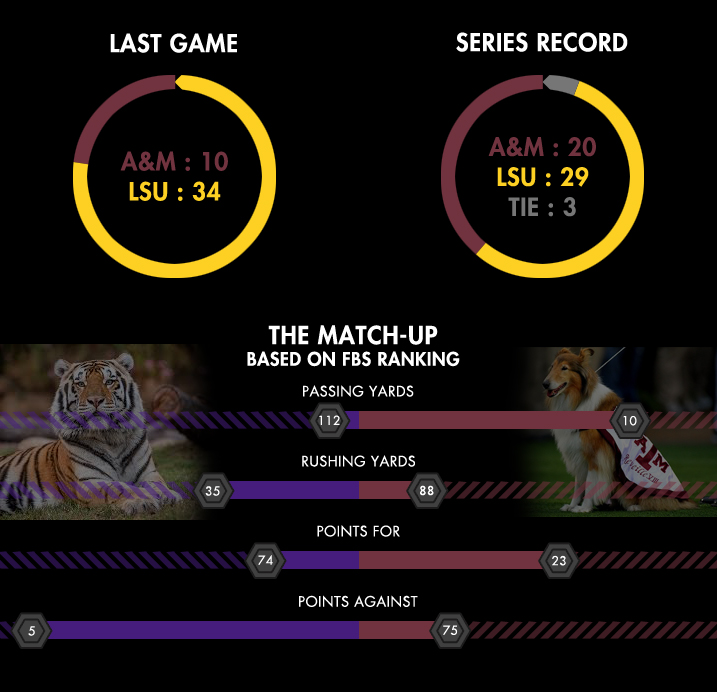 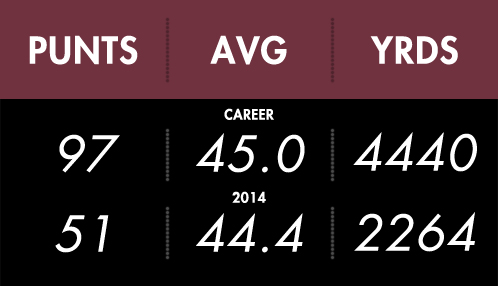 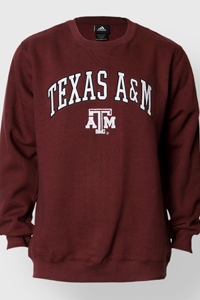 Get a head start on your Black Friday shopping at Aggieland Outfitters with this fleece sweatshirt from Adidas’ Official Sideline Collection. When you click on that link, you’ll see that the product name is "TACKLE FLEECE CREW." I don’t know what that means, but you can’t spell TACKLE THEM ALL AND FLEECE THEIR RECEIVERS LIKE A CAJUN ON A MUDBUG IN THE NAME OF THE WRECKING CREW THAT WON FIVE STRAIGHT GAMES VS LSU IN THE 90S without TACKLE FLEECE CREW.

Consider buying a size larger than you think you need because reasons. And if you have any LSU friends joining you for the game, please procure some fried turkey and oyster dressing for your old pal Gary. For the remainder of the holiday season, stay tuned into @AggieOutfitters and @GBHunting for elf mischief while you breathlessly await the bowl game TAILGATE.

Text GOODBULL to 97000 on 11/25 for a chance to win a sweatshirt from Aggieland Outfitters. 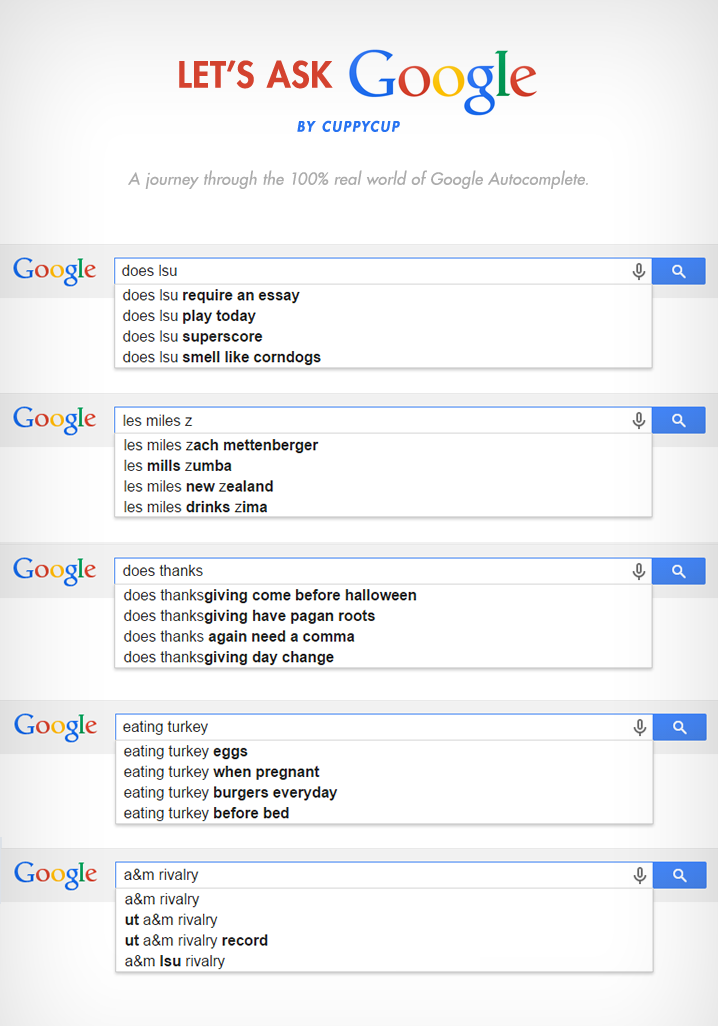 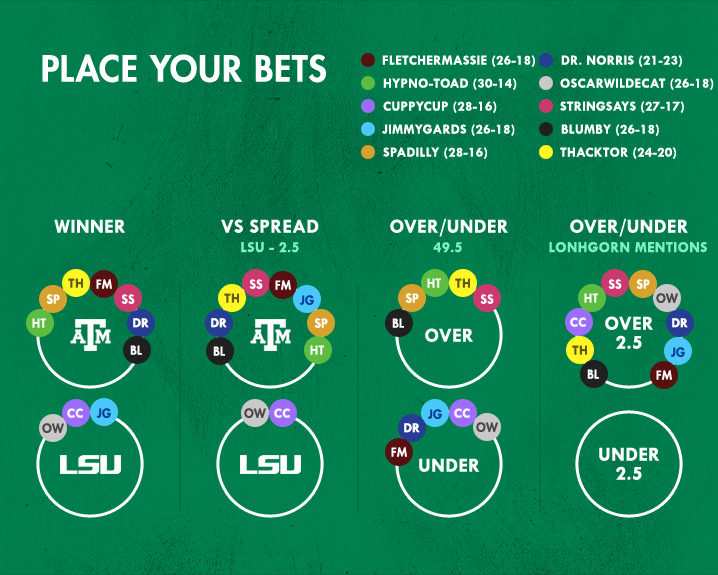 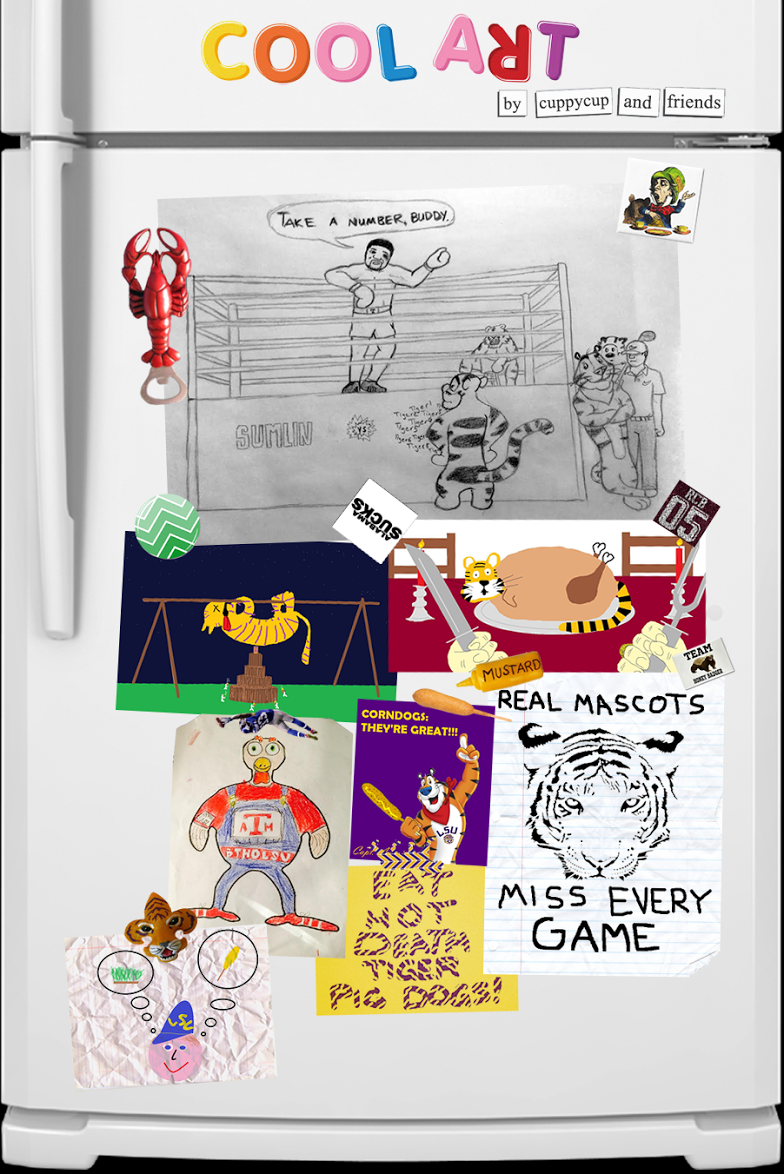 Every senior gets a TD. They give away free puppies at Kyle Field after the game, and they all go to good homes. Aggies win. I pass out due to a lethal combination of tryptophan, pie and bourbon.

Still not touching this one with a 10 foot pole, y'all. Not this season. No way. 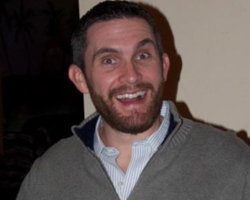 LSU is Spanish for "The SU" #GBHTailgate 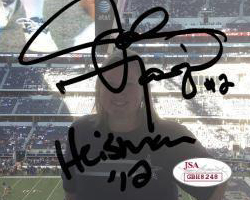 Does anyone know when we get to play the University of LSU? #GBHTailgate 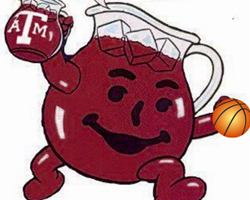 By LSU standards, our campus squirrels are official mascots. You know, since they live on campus and don't attend games. #GBHTailgate 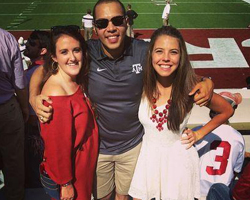 There's a cure for Battered Aggie Syndrome but all corn dogs are battered. #GBHTailgate 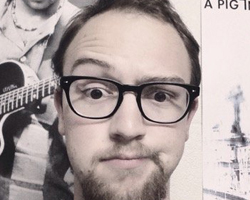 Should we expect a lot of hi-jinks from LSU? I'm guessing that there will be Les than usual. #GBHTailgate 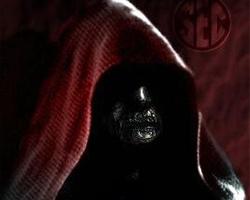