With the current success of the Seattle Seahawks, the "12th Man" has been all over ESPN and social media. We decided to look further into the "12th Man" trademark and Texas A&M's licensing agreement with Seattle.

Share All sharing options for: "12th Man" - Inside Texas A&M's License Agreement with the Seattle Seahawks

Following an initial lump sum payment of $100,000 in 2006, Texas A&M University is receiving $5,000 per year from the Seattle Seahawks for their use of the "12th Man" mark. The initial term of the agreement was five years, and the Seahawks opted to renew the agreement for five more years in 2011. It will be interesting to see what happens in 2016 after the current term expires.

The license agreement, which was signed on July 21, 2006, sheds light on the settlement agreement between the two sides and reveals specific details of Seattle's use of the mark. We have extracted key items from the agreement below. 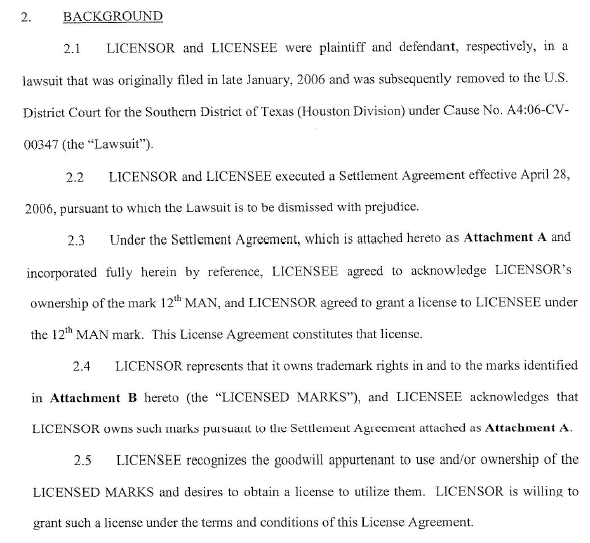 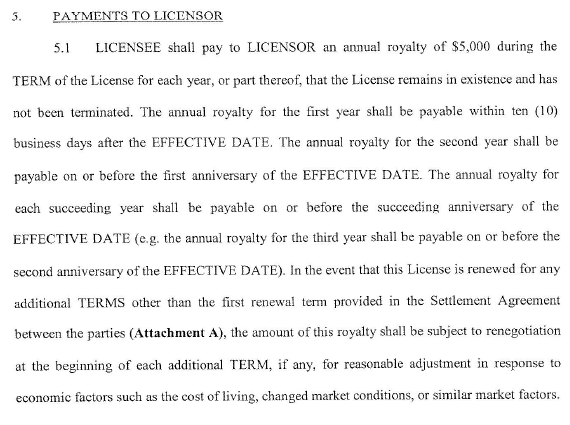 Note: The original settlement between the two parties has the following included: 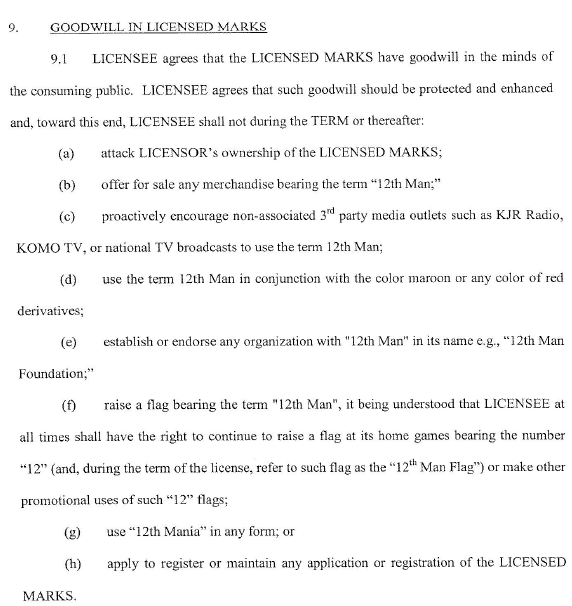 It probably goes without saying, but... 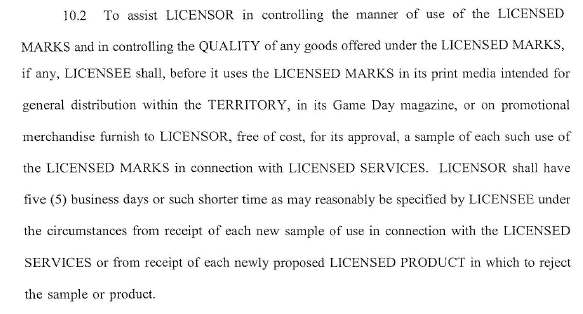 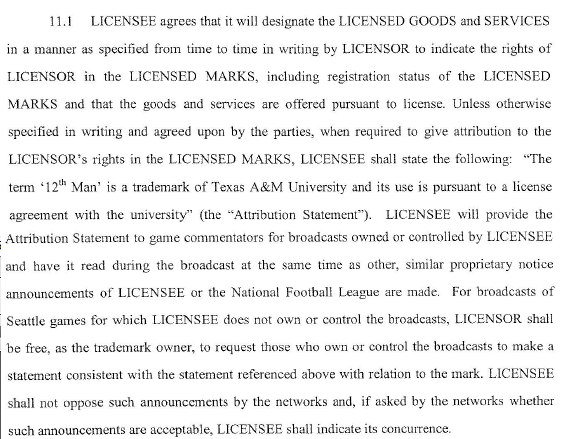 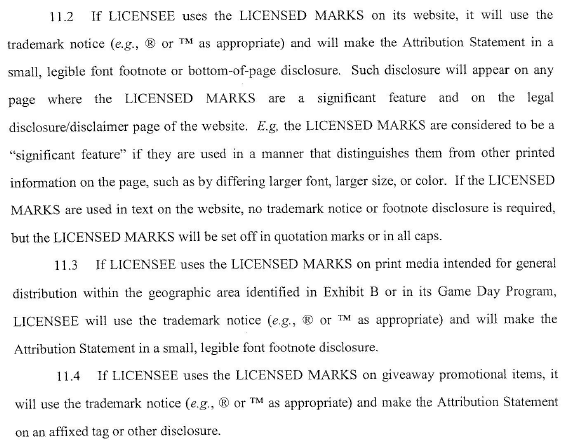 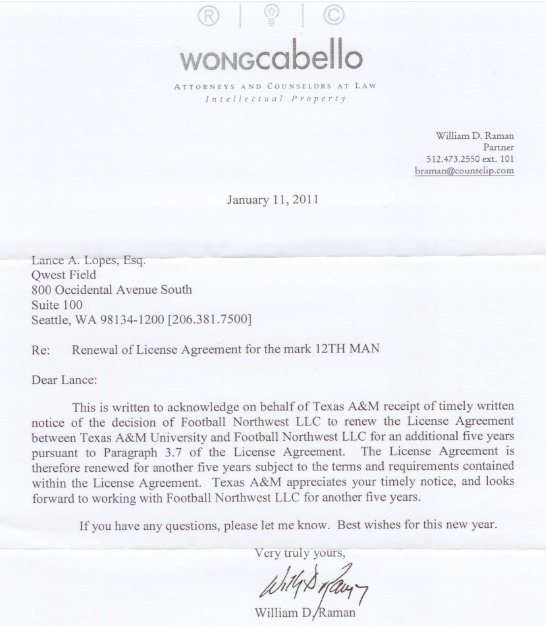 Good Bull Hunting acquired copies of the license agreement and the renewal letter through an open records request with Texas A&M University.