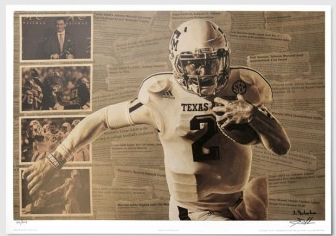 Already making waves. Johnny hasn't even been drafted yet, but he's already creating revenue by way of fines. Raiders' GM Reggie McKenzie violated an Anti-Tampering provision by speaking publicly about Manziel before he has been declared officially eligible for the draft. SHAME TO THE GAME.

Bouncyhoops this weekend: MBB will travel to scenic Starkvegas to take on the Bulldogs tomorrow, while Coach Blair's team will host Mississippi State on Sunday. We'll have you covered here, so check back from time to time.

And in case you need some words of encouragement: