Are you wondering what the long term plans are for Texas A&M and Arkansas now that A&M is in the SEC? We have the details.

Share All sharing options for: A Look Inside the JerryWorld Agreement between Texas A&M and Arkansas

Author Note: The documents shown and linked below have been acquired via open record requests and are considered public documents. We have all seen the terms of the original 2008 Southwest Classic agreement, but we wanted to see if (and how) the terms changed once Texas A&M officially became a member of the SEC. Here's what we found:

We recommend you read through the original contract agreed upon by both Texas A&M and Arkansas before continuing. This document is dated April 9, 2008, and discusses the original details of the series.

You can find that document HERE

Got it? Great. Now, lets move on and take a look at the new terms of the series.

This document (signed by both presidents) is dated August 9, 2012, and shows us a few key items that changed due to Texas A&M joining the SEC: 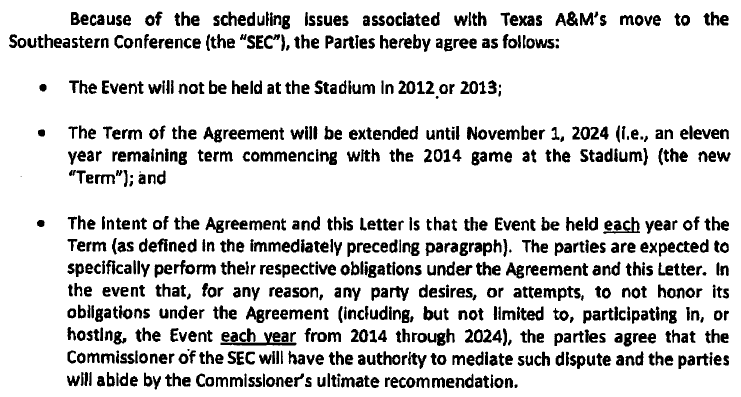 We have uploaded a copy of this document HERE.

This (redacted) document is dated 2012, and is signed by both A&M and Arkansas. This document looks to be an updated version of the original agreement between the schools, and gives us some information on the future of the series: 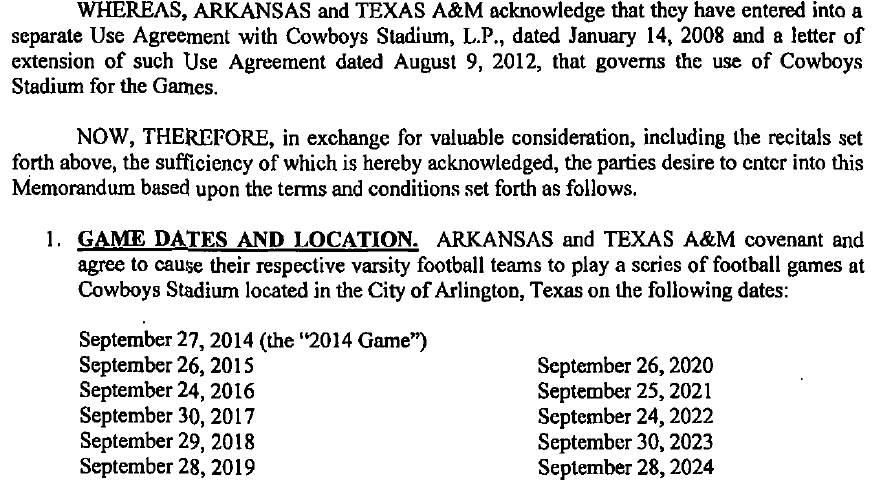 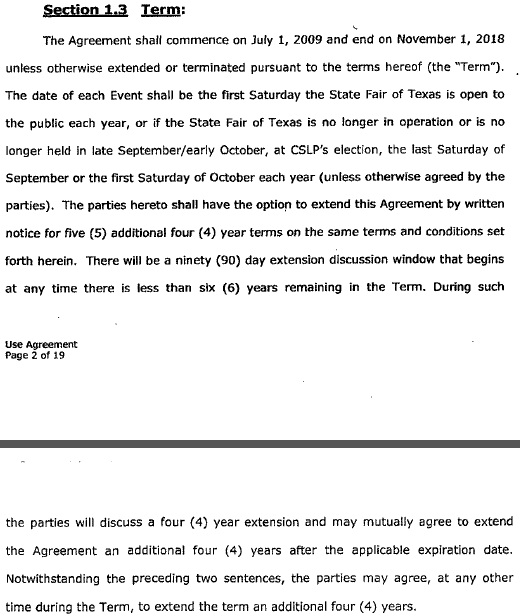 We have uploaded a (redacted) copy of the Memorandum of Understanding HERE.

"I hate neutral site regular season games with the hot white passion of a thousand burning suns. College football was meant to be played on college campuses. That being said, I completely understand why both schools agreed upon this deal, especially when you consider that A&M was still a member of the Big 12 when it was put together. To renew an old SWC rivalry in the newest and nicest NFL stadium was a huge selling point for both schools.

Contracts like this really intrigue me. I think the biggest takeaway from what we found was the agreement currently runs through 2024. Man, that's a long time. I am glad the powers that be decided to let the '12 and '13 games be played at each school, and look forward to the day this series returns to Fayetteville and College Station."

"I find it interesting that if there was a "dispute", Slive would decide what happens. In the original contract if there is a breach, it costs $5 mil (I guess the cost to cancel the series?).

I also didn't realize that we made money off of parking and home team had to pay the costs of use of Cowboys stadium (probably not very much, maybe even a $1 I've think I've heard before)"

Comment below and let us know what you think.