Share All sharing options for: a few caps preview

I don't quite know how to explain it, but between the Alabama game and last Sunday's episode of breaking bad, my nerves are a bit fried. And now, having to go from that much of an entertainment high to playing SMU...well it makes me feel like this: 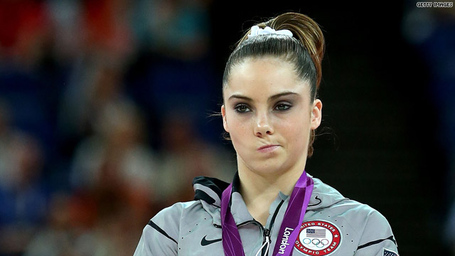 That face is perfect. SMU? The fighting June Joneses? After the display we saw on Kyle last weekend? How am I supposed to combat my emotional need for good football in a game that I know we're going to roll in?

And for those of you texaggers who are all like "ZOMG IF WE AS FANS OVERLOOK THE TEAM THEN THE PLAYERS WILL TOO FOCUS ON ONE GAME AT A TIME ZOMG ON ANY DAY OF THE FOOTBALL WEEK 75% OF THE TEAMS WILL WIN AND 90% WILL LOSE (i'm not good at math)"...I give you this:

This is coming from a guy who's had every superstition in the world, from very specific routines as far as what I ate to the point of buying something new every time we lost (I wasted a lot of money during the 05 season). Nothing that I do can impact the outcome of a game. Absolutely nothing. So yes, I am overlooking SMU, and I don't care who knows. And quite honestly, if we lose to SMU I'll probably end up burning everything I own, including my computer, so I don't really know that I need to worry about consequences.

But the show must go on, so below is your countdown for this week's game. The theme music is as follows, but it's purely sarcastic. In fact think of it more from this perspective:

And to hell with it. I'm only going to give you five numbers that matter because that's all I can muster. If you have more to offer than those five, then by all means put then in the comments, but just remember that i'm a pro and that I do this every week, sirs (and madams).

13.)What can be said about Mike Evans that hasnt already been said? MIKE DAMN EVANS WILL EAT YOUR DB FOR BREAKFAST LUNCH DINNER AND BRUNCH. If he went for eleventy billion yards against Bama, what is he going to do to the SMU D? I'd imagine it looks something like this:

Mike Evans is the best receiver that A&M has ever had, and might ever have. As much as my fragile heart wants to believe that he'll be back next year...I think we should be enjoying the Mike Evans farewell tour because come May 2014 he's going to be a wealthy wealthy man. I aint mad at cha Mike. Go take care of your family.

11.) Let's talk a bit about the journey of Garrett Gilbert. I almost feel bad for the kid, because he's the definition of a system QB gone terribly terribly wrong. We all know about the high rankings coming out of high school, but to give you an idea of what horn fans must have been feeling when he flamed out, I'd like to point you to this post from ShaggyBevo on December 13, 2008:

I've been watching Gilbert for the best part of 3 years now as an LT resident and fan (kids will be attending LTHS starting next year, now that they're getting old enough).What people here who don't know much about him need to understand is that Gilbert is not "flash in the pan" super athletic talent who has a cannon for an arm.Well, he is, kinda.But rather, what people need to understand about this kid is the level of maturity with which he plays. Lake Travis is skullfucking superior football talent because quite simply their offense is on a par with almost any NCAA D-II (and some small D-1) teams. This is not only my sentiment, but several coaches whom Gilbert/LT has played.Gilbert is so mature, so smart and poised it's shit scary. He manages this spread like a pro quarterback (literally). His own first-year coach (Morriss) says he's playing on a sophomore college level RIGHT NOW. This is not an exaggeration.When you see Gilbert, it's not only the shitscary accuracy of passing, and I mean shitsacary. It's not only the sorta Vincelike running (no he's not nearly as dazzling a runner but a damn good one, think maybe Tebow). What it is is that this kid, son of a former NFL QB, is so mature mentally.I can think of many HS QB's who have had great arms and hit passes. But I have never seen a HS QB who manages a game and a series of complex reads so well, coupled with the talent, as Gilbert.Gilbert is Simms with much more presence, accuracy, and managment ability. Folks, this is not your average great HS quarterback. This guy could literally walk into an NFL camp TODAY and be worthy of backing up some pro teams. In 2 years he could fucking RUN one. And I'm not exaggerating.Under Gilbert, Texas WILL play for an NC, no fucking doubt barring serious injuries. You have no idea what an amazing run you're in for if you aren't familiar with him.(BTW, GO LAKE TRAVIS! ANOTHER SEASON, SAME REASON).

And now here he is. Played in a national championship game, then run out of Austin, now the QB of the 1-1 SMU Mustangs, about to (probably) get beat at the Hate Barn and the poster child for recruiting busts.

But to flip it a bit, props to the kid for graduating from UT, and going to SMU. Sorry we're going to have to kick your teeth in a bit (hopefully).

2) Jonathan Paul Manziel. Side note, what if Johnny's nick name wasnt Johnny at all? What if, as a kid, his parents took to calling him JP? Would we be referring to him as JPFF?

What can we say that hasn't already been said? His throwing motion has improved dramatically, and dude can just drop dimes all over the field. If you haven't watched this GIF a million times, go ahead and do so now:

Also, on the subject of JPFF, if you come away from reading Bruce Feldman's all access article still wondering about Johnny's leadership abilities/role on the team, then you may kindly go f yourself.

1) KINGS BACK. I will continue beating the drum for Ben Malena all season long. I think Ben's going to have a fantastic day against SMU...and I hope to see him cashing out in the endzone at last 2-3 times this weekend because he's just awesome. Need a reminder? Look below:

We're going to win this weekend because we're one of the best teams in college football. I fully expect our defense to look different and our offense to play at the same high level that we have all season long. I don't have any ill feelings about the mustangs, but this weekend is an opportunity for our team to take out their frustrations on a mediocre program. AND I MEAN TAKE THEM OUT HARD. You know that loss hurt...well my therapists says that the only way to get over your hurt is by hurting someone else (wait what).

So on that note, BTHOsmu. And I mean REALLY beat the hell out of them. I want June Jones questioning his choice of professions after this game.