In all the hoopla leading up to this game, let's not forget, fellow Aggies, that we have a reputation to uphold as a gracious and friendly host to other fanbases

Share All sharing options for: (Texas) Aggie Hospitality: A Reputation to Uphold

Ladies and Gentlemen of the 12th Man,

I want our Fightin' Texas Aggies to beat the ever-living, everloving, compound, complex HELL out of Alabama's squad on Saturday.  I want Johnny Manziel to absolutely crush the souls of the Alabama defense, cause Nick Saban to pull his hair so hard that he grows four inches and no longer has to receive e-mails from the Dwarf Athletic Association of America (DAAA).  I want Katherine Webb and Dee Dee Bonner to sandwich Johnny Football after the game and shower him with champagne and kisses.  I want ESPN's Darren Rovell, Joe Schad, and Mark May to all have very unfortunate things happen to them (also, MMB5G@P). I want all these things.

I also want to remind my fellow Aggies not to lose their decorum, hospitality, and good sense leading up to the game and afterward.  The Crimson Tide fans are our guests, we need to remember to extend them some courtesy, as such. 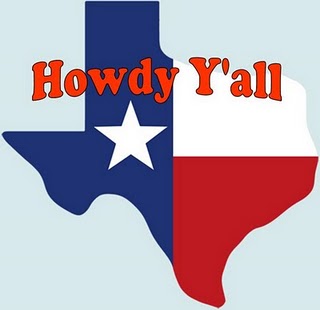 You don't need to kiss them on the cheek or bow to them (hell you might get your ass kicked by another Aggie for doing so), but give Alabama fans a warm and welcome "Howdy!". Introduce yourself, ask them: 1) Where they're from; 2) How did they get to College Station; 3) What do they think of our town and atmosphere; etc.  If they are lost, point them in the right direction.  And don't forget to offer them... 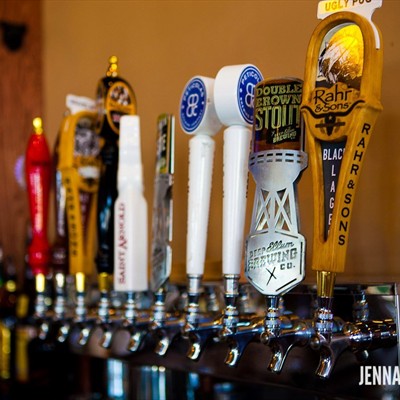 Beer, Sausage, Barbeque, Ribs, Ice Water, Shade, Cookies, Jack Daniels, Snacks.  If a Roll Tide fan looks parched or hungry, or is simply out of their own stock, there is no harm in giving from your own bounty - this is the right thing to do.  Let them know that Aggies are compassionate and neighborly.  If you are at a bar on Northgate, buy the Bammer a beer (Lord knows they probably cannot afford it on their own) 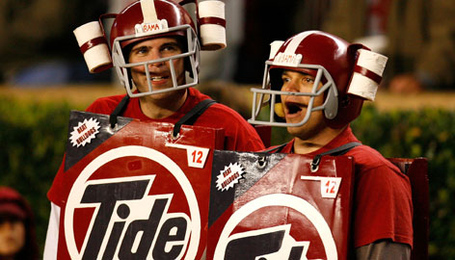 Let's be honest, not everyone is going to read this article and know that they should be courteous to opposing teams' fans.  There is going to be some jarring and trash talk, and an obnoxious fan or 1,000 on each side (I have heard there will be 20-30.000 Alabama fans in College Station; though only a fraction actually have tickets).  If you see a fight starting - Stop It! Apologize to the Alabama fan, and remind the Aggie that Aggies simply don't behave in this manner.  It's fine to root against their team - horse laugh, hiss, boo, yell, jeer - during the game.  But any animosity outside of Kickoff-to-Time-Expiring-in-the-4th-Quarter is anathema (since I know 90% of you will need it).

"In the lands of the [Ancient] East, when a host accepts a man to be his guest he thereby agrees at whatever the cost to defend his guest from possible enemies during the time of his entertainment." - Bible Hospitality 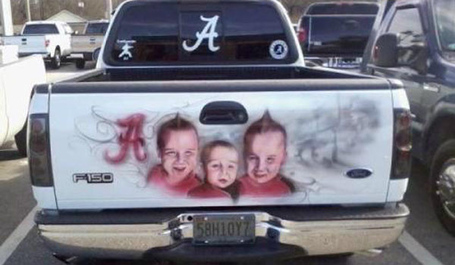 When the time comes for a guest to depart, a [good host] host will do his best to delay the departure. He will beg him to stay for one more meal, or to wait until the morrow before he leaves. In Judges nineteen is the finest example in the Bible of this custom of delaying the guest. The host said to the guest: "Comfort thine heart with a morsel of bread, and afterward go your way."

So to boil it all down: be yourselves.  Forget about the media-managed fervor and the ESPN-driven circus brewing throughout this week.  Wish the opponent "Good Luck", offer to buy him or her a beer, and swap stories.  Make some friends and try not to damage Texas A&M's reputation as the nicest (and most rabid) fans in College Football.