Share All sharing options for: HITCHIKER’S GUIDE TO COLLEGE STATION 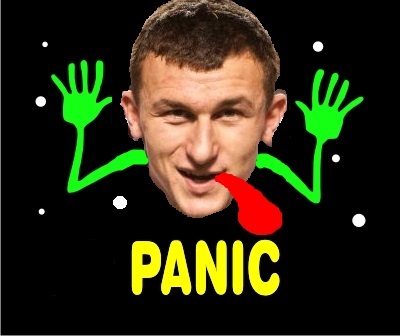 It has finally arrived: the week that every commentator has been talking about since mid-November.  While the Aggies are not completely unfamiliar with the spotlight, the level of media hype and scrutiny we are about to experience is beyond anything in recent history.  Gameday is coming.  The SEC Game of the Week is coming.  Darren Rovell is currently purchasing a pair of glasses with a fake nose and mustache in order to walk freely among us, none the wiser.  Everyone is coming.

In light of this sudden influx, Texas A&M University and the College Station Tourism Board1 have contacted me - a known ambassador of good will - to compile this handy-dandy guide to being a Fish2 out of water in the BCS metropolis3.  Armed with this information, an iron constitution, and a self-removing hat you can be sure that your visit to College Station will be relatively incident-free!

3 - Does not meet Sim City 2 requirements for metropolis.

Highway 6 runs both ways, and you have selected the correct direction friend!  Welcome to Aggieland, home of Texas A&M University, the George Bush Presidential Library, and the most hated fan base in the most hated state in this great union!

It's important to set a base layer of meat and grease to fortify your stomach before engaging in the brand of binge drinking specifically discouraged by TABC.  Fortunately, College Station has no shortage of food that will put Texas-sized clogs in your arteries without breaking into your bail money.

Though your visit to Aggieland will no doubt be a whirlwind, make time to tour the campus before heading into the game.  You'll be rewarded with the kind of experience that only a large state school in Texas can provide!

A&M celebrates its history as a military school, and the Corps of Cadets is the remaining bastion of that storied past.  Today the Corps prides itself in being the keepers of tradition, the embodiment of the Aggie Code of Honor, and the guys who can really screw up a color-coordinated-t-shirt-day in the Kyle Field student section.

The historic home of the 12th Man is an imposing and staggering sight to behold, and this will be the last year to see it in its current iteration.  Here are a few helpful hints and interesting tidbits for your first visit to the Hate Barn.

The game is over, and it's time for a night out on the town to toast your victory or drink until you can't feel feelings anymore.  In College Station that means you're off to Northgate, the historic bar district immediately north of the main campus.

You're now a savvy visitor to the Biggest Little Sliver In Texas!  Go celebrate with a suitcase of Lone Star while sitting in the bed of a moving truck.  Just remember to leave the truck outside of city limits, as there is nowhere to park legally within a 6 mile radius of the campus.