To celebrate our one-year anniversary, we are pleased to present the inaugural Bully awards to our favorite people. 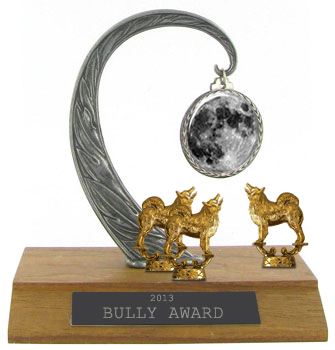 -Not a real trophy

We had a hell of a year (Friday is our one-year anniversary), and all of us at Good Bull Hunting want to thank you for following our stuff. Mostly, we want to thank the people who won Bully Awards, so step up your game if you didn't win this year. Like most massage oils, the Bullys are not for internal use, as we do not recognize our authors. We find that demeaning them is more motivating. The categories for the Bully Awards are largely arbitrary. If you won a Bully that comes with a real prize, please e-mail your name, address, and shirt size (if applicable) to goodbullhunting@sbnation.com.

CHECK #9 to see how you can win your own GBH-carved iPhone 5 case.

All #wafflesforAgs t-shirts were provided by Aggieland Outfitters. AO is currently giving away an amazing VIP package to Alabama at Texas A&M. Go win that and take me.

This award recognizes the commenter who you know you'll rec before you even read the comment. A masterful storyteller and redass Aggie, we are looking forward to another wonderful year of green for Auto8.

From SEC Media Daze to The NFL on Draft, Hypno-Toad never fails to make us pretend we spit out a liquid we weren't really drinking. He fits in so well with the irreverent side of our blog that we decided to tailor his prize accordingly.

Prize: invitation to be an author at GBH

The Party Kid from Down Under is a controversial figure in the comments section and we can't figure out if he's New Army or a new specimen altogether. What we do know is that we like him, and he needs some GBH swag.

A regular on SBNation's Swish Appeal, Jim Hu wrote several fantastic FanPosts covering Aggie Women's Hoops. If you are an expert in a sport that we're not covering adequately, please dive into the world of FanPosting.

Former Yell Leader Fletcher Massie feels like an author on the blog, but he is not (there's always next year). You should follow him on Twitter and also his doppleganger @BarbieYell.

Prize: We just sent you a #wafflesForAgs t-shirt, dude.

Her authoritative guides for women's and men's fashion to watch Aggie Football at Kyle Field are phenomenal. We are looking forward to many more FanPosts this year.

Prize: We'd be embarrassed to send a t-shirt, so how about a GBH koozie and car sticker?

Jason is an editor for @SBNationCFB and he's been kind enough to show us the ropes and RT a lot of our stuff. He's also really funny but, more importantly, by naming him as the winner we were able to snub a lot of people.

Prize: Do you want any of our crap?

Toney Hurd, Jr. has filled the Twitter shoes of Sean Porter valiantly and his sharking ways are always appreciated. Also be on the lookout for up-and-comer Jay Arnold.

Just kidding, but we would like to offer you the opportunity to win an amazing wooden case for your iPhone5 with the GBH logo carved into the back, courtesy of TiMBERFLY.com. I have been enjoying my case for over a week now, and I like it better than my actual phone. If you're interested in buying a case, go to their website and for a custom carving, email support@timberfly.com.

Prize: TO ENTER TO WIN A CASE, SIMPLY LEAVE A COMMENT IN THE COMMENTS SECTION BELOW BEFORE MIDNIGHT CT ON THURSDAY 8/29. YOU MUST BE A MEMBER USER OF THIS BLOG IN ORDER TO ENTER. BY ENTERING THE CONTEST, YOU ARE AGREEING TO THE OFFICIAL RULES. 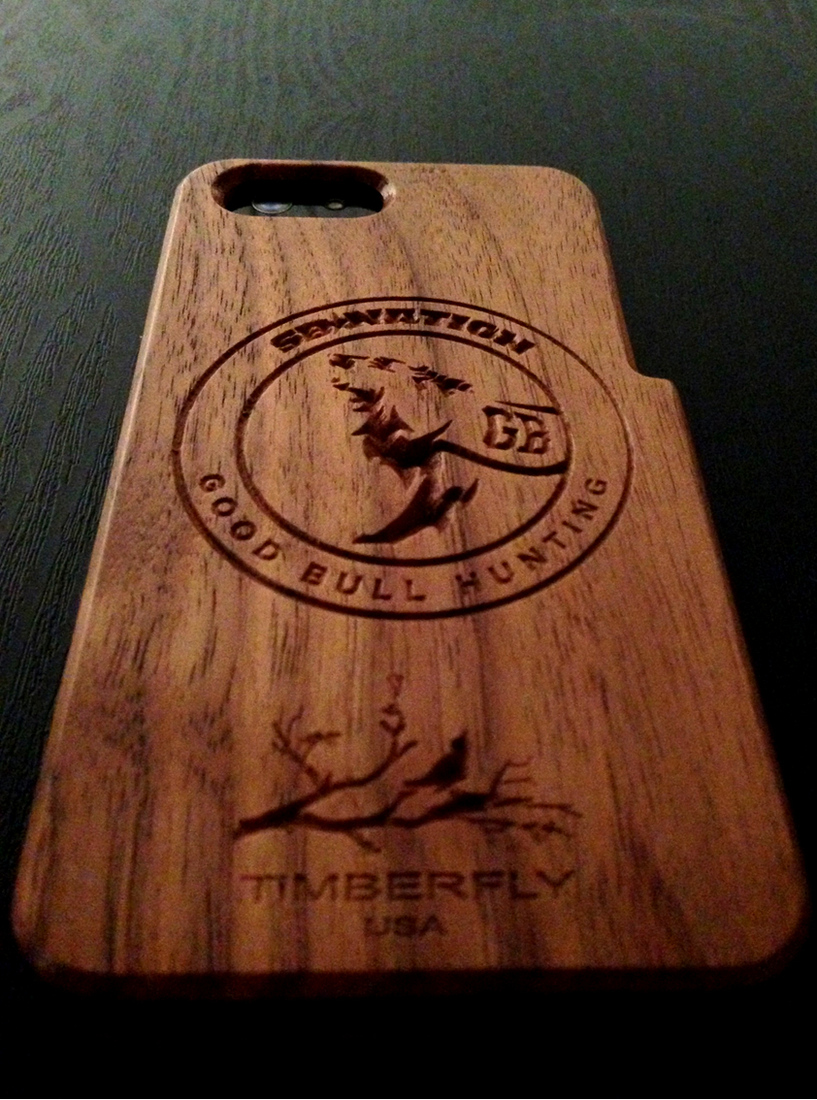