The Good Doctor Camacho is on sabbatical this week.  However, I just returned from my post-bar vacation in Cabo San Lucas, so I'll do my best to pick up the slack.  As for Cabo, it was quite choice.  If you have the means I highly recommend checking it out, especially the fishing. 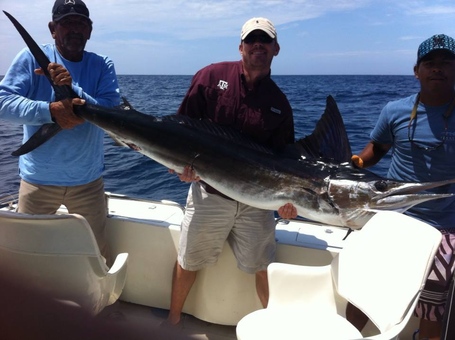 DEATH BY A THOUSAND CUTS. Von Miller has had better months.  Reports are surfacing that a suspension is very likely and could reach 6 games. It appears that Von's sample was "diluted" due to overhydration and this apparently is frowned upon by the NFL.  He has also been listed as a potential witness in a murder trial. It doesn't appear that Von was a witness to the actual murder or has any direct involvement and would only be called during the sentencing phase of the trial.  Still, the man has a lot on his mind!  We love you Von, keep your chin up.

MORE UNWELCOME NEWS. GBH favorite and Bengals lineback Sean Porter has a torn shoulder labrum. This is a tricky but dangerous injury and the Bengals are currently debating whether to have Porter undergo surgery.  Other players have played through the injury in the past, including Ed Reed, but given the Bengals depth at LB, surgery and injured reserve is more likely for Sean.  Get well, buddy.

NERDS! I'll admit, I'm a sucker for the guys over at  Football Study Hall. Their latest work delves further into the age old question of the importance of coaching v. recruiting. It's a complicated analysis as you might expect but be sure to scroll down to see which coaches can take yourn' and beat hisn' and vice versa.  As you might expect, The Wizard Bill Snyder has outcoached his peers, and nobody does less with more than your old favorites Mike Sherman and Coach Fran.

Have a good Tuesday, Ags.  Just 11 more days until we take on Rice.